New York City offers so much for the thrill-seeking traveler. It’s culturally diverse, it’s extremely vibrant, and the locals are always friendly and willing to help a stranger. However, some explorers can end up feeling a bit lost or overwhelmed when they come to NYC because it’s such a busy place.

So in this post, we’re going to cover a handful of tips that have been shared by native New Yorkers. Whether you’re staying in NYC for a business trip or want to visit with your family, here’s some great advice to help you out.

Times Square is one of those big must-see destinations on everyone’s NYC list. However, most locals would actually suggest that you avoid it. This is because it’s one of the biggest tourist attractions in the city, making it a prime location for scams, thieves, and overpriced products. 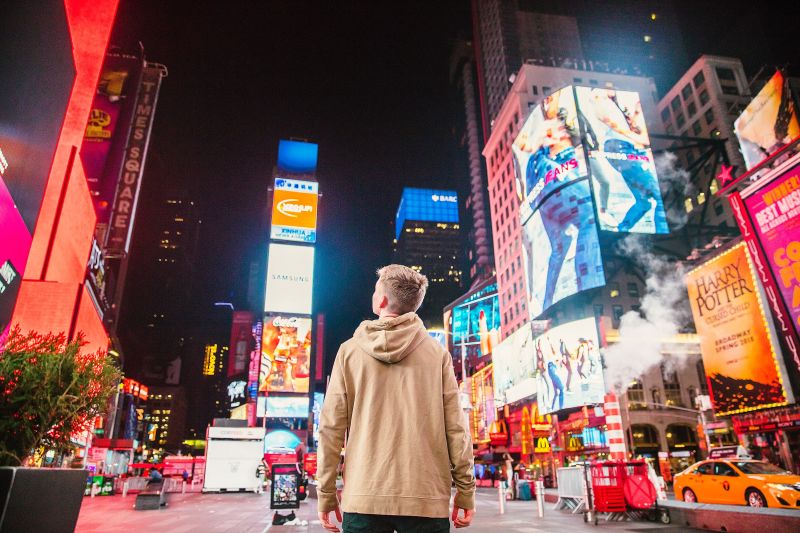 If you plan to visit Times Square just for the sake of it, then try to avoid anything that sets off your spider senses.

Local restaurants are just as good, if not better, than fancy places.

If you’re looking for a place to eat then don’t just stick to chain restaurants and fancy places that have been raved about online. Look for local eateries and restaurants that still get a lot of patrons during the lunch rush and dinner. This usually means that you’ve stumbled into a local hotspot that offers great food at decent prices.

You could look at travel blogs and YouTubers that focus on food for inspiration. If you search for cheap eats in New York City, you’ll often get plenty of video hits and this can be a fantastic way to build a list of places to visit for food.

If you’re eating out, always look for that ‘A’ rating.

A little tip from the locals; always look for an “A” rating when you go to a restaurant! These are ratings given by the NYC Health Department and are used to rate their cleanliness. An A rating means that they’re clean and trustworthy.

While most street food vendors don’t have a rating, they can usually be trusted if you see a long line of people queuing up. But if you can avoid it, try to stay clear from any restaurant that doesn’t have an A rating because it’s just not worth the risk of eating something that leads to a bad stomach ache.

Don’t take a taxi if you can avoid it.

One of the most common pieces of advice you’ll hear from a non-New Yorker is to just take a taxi everywhere. Unfortunately, this isn’t good advice for a number of reasons. Firstly, New York City taxis are really expensive. You can find much cheaper options for travel such as public transportation, biking, or even just walking. Secondly, taxis are subject to New York City traffic. This means that if you try to travel during rush hour or in the middle of the day, then you’re going to be stuck in traffic for the majority of your journey. Yes, it really is similar to those movie scenes that you’ve seen!

However, if it’s late at night, you’re tired, and you just want to get back to your accommodation, then taking a taxi or using a riding app can be a good way to return home. The streets are usually much quieter at night which means you won’t get stopped in traffic all the time.

You can find authentic food if you visit specific neighborhoods. 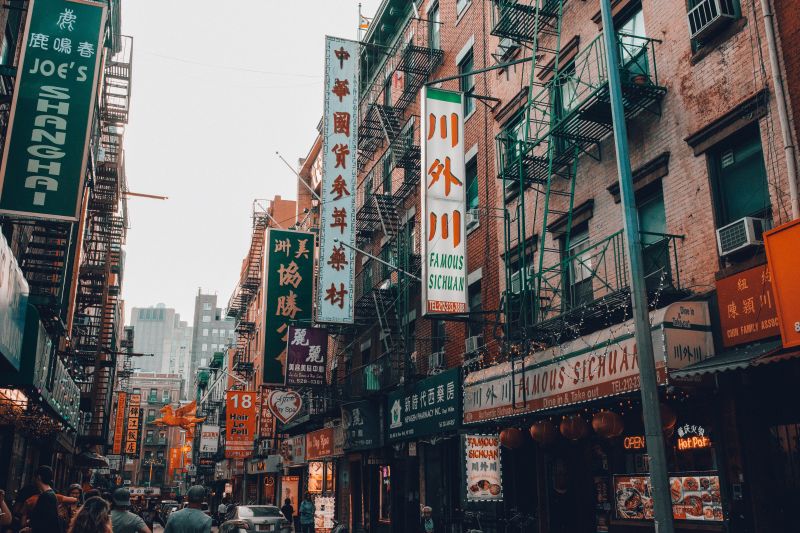 If you want to sample some traditional cuisine from a particular culture, then there’s a good chance that NYC offers it at multiple different price ranges. Just do a bit of research before you head out and look for positive reviews from the locals.

Public transport is great, but it can get a little crowded.

Public transport is cheap, fast, and very easy to navigate. This makes it one of the best ways to get around New York City, but you need to be careful and realize that it can get crowded at times. Again, this is mostly due to rush hour, but you might want to avoid taking public transportation to crowded tourist destinations as well.

You won’t see everything in a single holiday.

New York City is one of the coolest cities to visit with your kids and they’re going to want to see everything. Unfortunately, you need to just face reality and understand that you can’t see absolutely everything on your list in a single trip. New York City is a big place and things can happen that will prevent you from traveling around. You might get tired of walking across the different neighborhoods, and public transportation might not agree with you on a certain day.

Walking is a good option, but New York City is pretty big.

Walking is usually a good option if your accommodation is near the places that you want to visit. However, it’s worth remembering that New York City is pretty big and you’re going to get tired before you reach your destination. As such, we’d suggest combining walking with public transport to help you get around more easily.

NYC is often labeled as an expensive city because it’s a huge city with lots of inhabitants that are crowded in tight spaces. However, this really doesn’t need to be the case. You can easily get around New York City with cheap transport, you can eat at local places and save a lot of money compared to big chains, and there’s a lot of entertainment that you can enjoy without needing to pay a lot. It all depends on how much research you’ve done and what you’re willing to give up.

Things like taking a trip to the Statue of Liberty will undoubtedly cost a lot of money, especially if you’re visiting NYC during a popular holiday season. Same with Times Square; it’s a massive tourist trap that is going to be overpriced. However, if you’re willing to avoid some of these well-known destinations and instead go to lesser-known local neighborhoods, then you can get a fantastic holiday experience without needing to break the bank.

There’s also a stereotype about New Yorkers that they hate tourists. This isn’t true and only really applies to inconsiderate tourists. For example, if you’re standing in the middle of a sidewalk taking a selfie next to something, then you’re going to block people and get in the way of locals. You might also be unaware of public transport etiquette, such as letting people off the subway train or bus before you try to get on. These are just small things that you’ll need to get used to.

It’s best to just observe what New Yorkers are doing and then follow what they do. Blending in and trying to look like a local is the best way to avoid unwanted attention. If New Yorkers see you struggling, then be humble and don’t be afraid to ask for help.

You have plenty of accommodation options, but the location is often more important.

Accommodation options in NYC are varied, but it’s a good idea to look more at the location that you’re staying in rather than the location itself. This boutique hotel in midtown NYC is a fantastic example of accommodation that is in the heart of the city, giving you access to easy transport links and local attractions. It’s a fantastic option for people that want to be close to all of the local neighborhoods and it means less travel time to reach different places.

If you’re going to stay in New York City then don’t worry so much about the quality of the accommodation. Look for a place that fits your budget and is close to public transport or places that you want to visit. Since you’re going to be spending most of your time outdoors, all you really need is a secure location for your belongings, a bed, and a shower.

Do your research if you plan to visit particular New York neighborhoods.

Let’s not forget that New York City does have a crime problem in specific areas. There are some dangerous neighborhoods that even the locals won’t go near because they’re just not worth the risk, especially if you look like a tourist and are walking around with a smartphone and a selfie stick. Try to avoid some of these areas if you can and make sure you’re practicing common sense when it comes to keeping your belongings to yourself.

Smart Items to Pack Along for a Winter Beach Holiday

Covid Requirements For Traveling From The UK To The US

What to Do and See in London: A Guide for First Timers