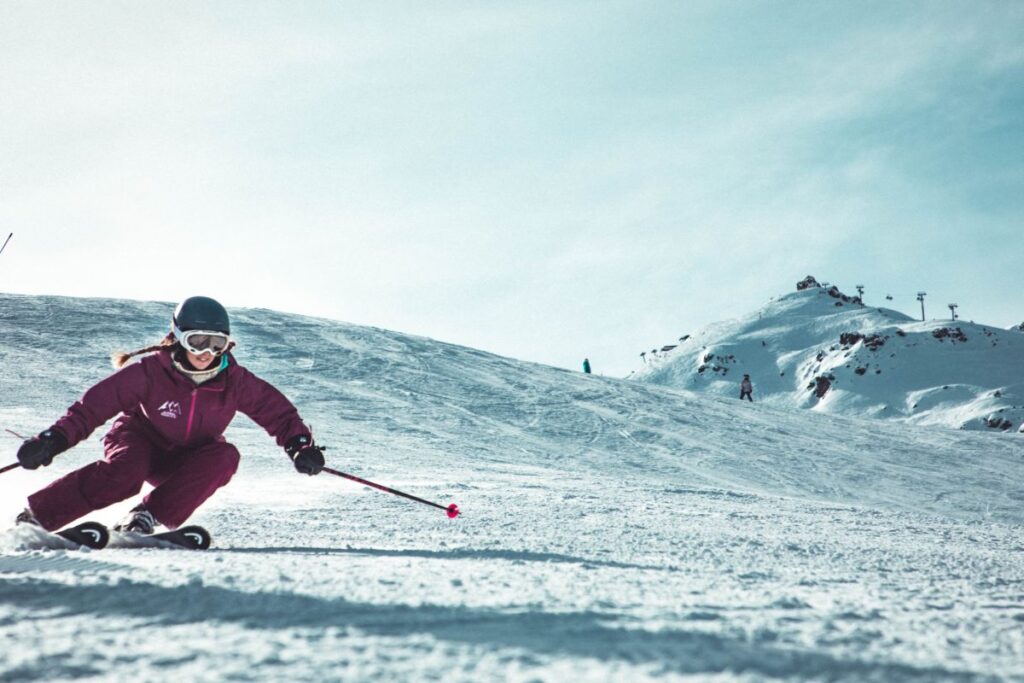 Idaho’s main claim to fame is potatoes, but the Gem State is also rich in ski resorts. They may not have the flashy name recognition as some mountains in Colorado and Utah, but the powder is just as fine. So let’s take a look at the top 10 ski resorts in Idaho.

One of the newer kids on the downhill block, Tamarack opened in 2004 as a year-round destination resort near Lake Cascade. Today, it’s owned by the same company as the famed Whistler Blackcomb and, just like its corporate cousin, boasts long, wide, groomed runs. Tamarack’s lift equipment is state-of-the-art compared to other area mountains, and back-country tours are available for advanced skiers.

In the heart of south-central Idaho, near the town of Ketchum, sits Sun Valley, the renowned winter resort. Sun Valley installed the world’s first chairlift in 1936 — and it’s also the resting place of towering literary talent Ernest Hemingway. Sun Valley has two main mountains — Bald and Dollar — and a shuttle bus connects the two. Bald Mountain is for intermediate and advanced runs with mogul trails and tree skiing. Dollar Mountain, on the other hand, caters to beginners.

It got its first chair lift about 80 years ago, and since then, Bogus Basin has been a Boise mainstay. The hill’s more challenging runs are on the shady backside known as Shafer Butte. The sunnier side sits below Deer Point, and it’s a maze of green and blue trails. Bogus Basin also has 40 kilometers of cross-country trails, a tubing hill, and night skiing seven nights a week during the season.

It claims to have “the best powder in all of Idaho,” and many folks would agree. Twenty minutes north of McCall, Brundage is a child of the sixties, and it offers a variety of glade, downhill, and back-country trails. The mountain is well-groomed if not a tad dated. But what it lacks in sparkle, it makes up for with heart. Snobs need not enter — for Brundage is a friendly place where everyone, regardless of skill or budget, is welcome.

In the northern part of the state, Schweitzer Ski Resort is near Lake Pend Oreille. The ski area is split into two bowls: Schweitzer and Outback. The latter is a mix of expert and intermediate runs; the former has first-timer offerings. The resort’s village isn’t large, and accommodations are limited. However, Sandpoint is only 10 miles away, and it’s awash in hotels and guest houses. If you’re in the mood for a city-and-ski getaway, Spokane, Washington, is less than an hour away.

Another Idaho panhandle option, Silver Mountain is about a half-hour away from Coeur d’Alene. An acquired taste, Silver Mountain’s runs aren’t always immaculate, but in the wake of a powder dump, the skiing is sensational. Silver Mountain doesn’t have a traditional village, but there are plenty of places to stay in the town of Kellogg.

If you’re taking young kids skiing, Magic Mountain is the place to go. It’s 28 miles south of Kimberly, and the downsized atmosphere is perfect for tykes just starting out. Plus, parents don’t have to worry about the whizz-bang at more advanced hills. Magic Mountain maintains 11 trails — in addition to sledding and tubing facilities.

Near Boise, Soldier Mountain Ski Resort has 36 runs and features a commendable 1,400-foot vertical. For those in search of something a bit more adventurous, private snow cat skiing is also available. Are you in the mood for a little après-ski action? Then be sure to check out the mountain’s popular restaurant and bar.

Another family-friendly option, Kelly Canyon is a solid slope for both beginners and intermediates, and its ski school has classes for all levels. About 40 minutes outside of Idaho Falls, Kelly Canyon is a medium-sized mountain with four chairlifts and a tow.

So while Idaho may not have the reputation of Utah, Colorado, or British Columbia, it still delivers some of the best skiing in the USA. Enjoy the ski season!