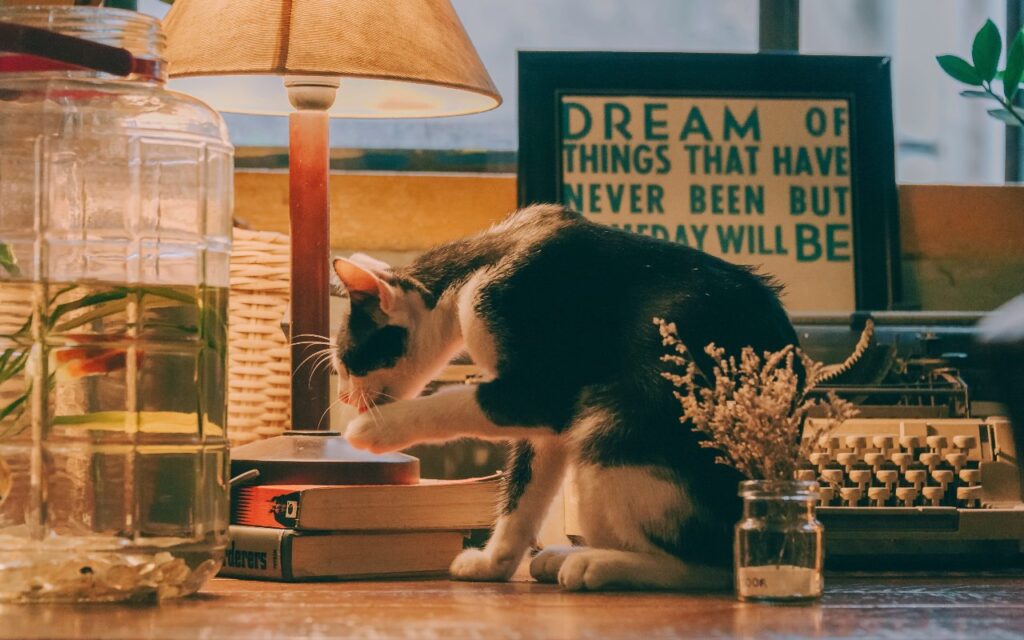 We all love cute little animals; playing with them, feeding them, and petting them. Close interaction with a wild animal is a real privilege and that is exactly why zoo cafés are so tempting and popular nowadays. How does this hip trend affect the animals though?

As animal lovers, it is our duty to be informed about the conditions that animals are kept in and try not to support unethical practices. Here is what you should know before rushing into a zoo café packed with these cute creatures.

Zoo Cafés: How and Where did it all start? 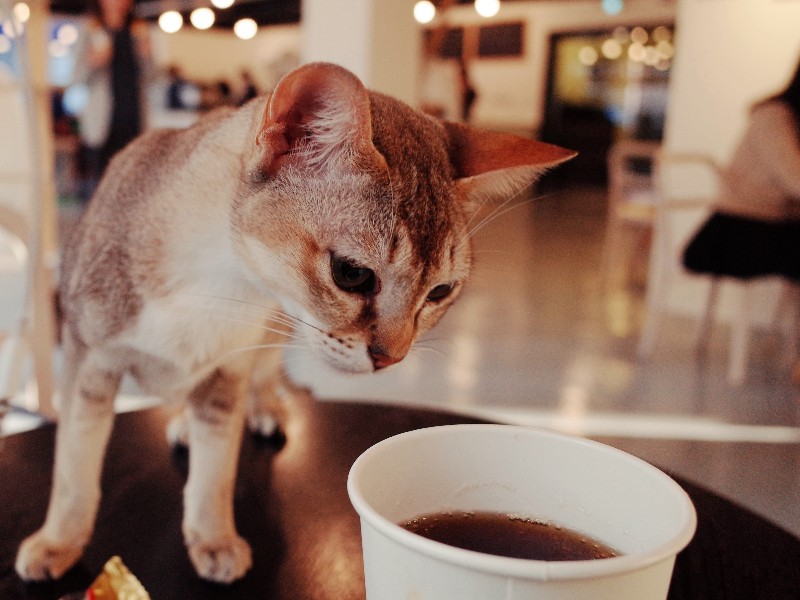 It all started with the now-famous cat cafés. The first opened in Taiwan over 20 years ago, on its name “Cat Flower Garden” (now called Café Dogs & Cats). Asia and specifically Japan embraced this new concept the most. In the past years, zoo cafés gained a lot of popularity. Tokyo, for example, has 48 of these animal-themed cafés, and the number is increasing year by year.

Whilst the biggest density of zoo cafés definitely remains in Asia, the trend quickly spread all over the globe. You can find zoo cafés on all continents, mostly in capitals, big cities, or tourist destinations. Some of the cafés attract people who are traveling long distances especially to visit them. Of course, in most cases, you cannot even enter without a reservation.

What are the Pros? 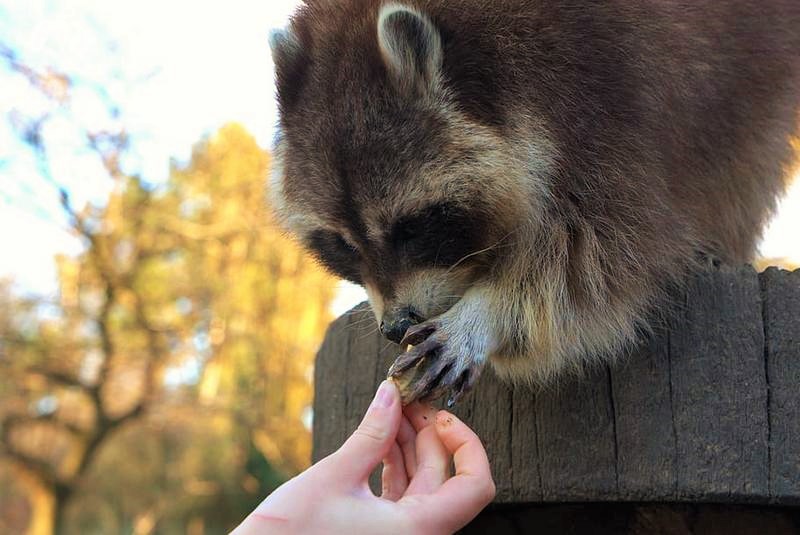 There are certainly big advantages coming to mind when you think of visiting a zoo café rather than a regular one.

First is for sure the adorable company which has the potential to brighten up any gloomy day. Second, you can have the rare occasion to interact with animals you’d probably never have the possibility to otherwise. It can also be very fun and educational for kids, and if you are a pet owner, usually these cafés accept your animal companion inside.

One of the biggest advantages on both the side of the humans and animals is in those happy cases when the animal inhabitants were actually rescued from the streets and now given for adoption.

It all seems great from this perspective. However, one must also consider another aspect: Are zoo cafés generally good for animal welfare?

How does a Zoo Café work? 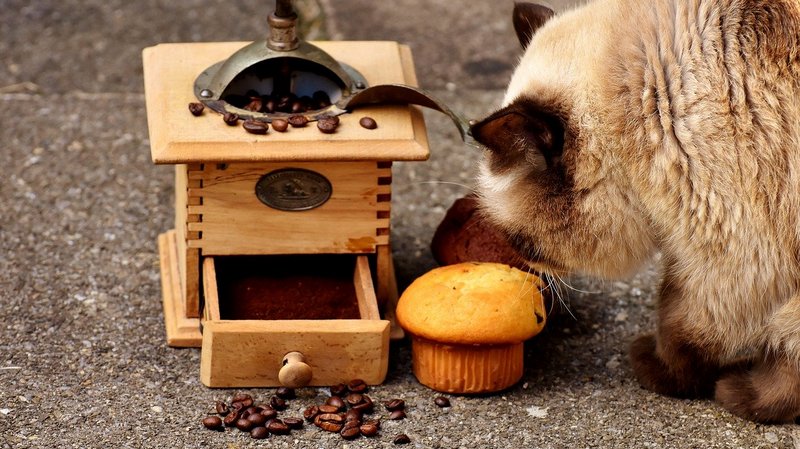 There are many different types of animal cafés, depending on the overall behavior towards their animal inhabitants. Considering there are no specific regulations yet for how this kind of cafés should treat the animals, it basically all comes down to the owner.  Some zoo cafés are well-adapted to the animals’ needs and put their comfort first. This means enough and adequate space and food, resting time, and not forcing them to interact with visitors.

Others are simply focused on monetizing the animals without actually caring about their well-being. Sometimes the term “café” is only a euphemism. You might find a tea and coffee machine in a corner or a fridge from which you can choose a drink before hanging out with the animals.

While most cafés have (or at least should have) some rules about interacting with the animals, they are not always well thought out. Most of the time, the cafés are too crowded anyway to check if the visitors are really respecting the rules.

From Owl Cafés to Raccoon Coffee Bars – How are our furry friends affected?

You can find zoo cafés with pretty much any animal you can think of. From cats, sheep, bunnies, owls, and turtles to raccoons, capybaras, camels, reptiles and hedgehogs.

Now, we know that even common pets like our beloved kitties don’t always enjoy human company. They also need their solitude and space for playing and hunting. Imagine how exhausting it is then for nocturnal animals to be handled by overly-excited people all day. This list includes owls, hedgehogs, capybaras, raccoons, and some species of sloths and otters. Yes, you can find all these animals in zoo cafés across the world.

One of the most common wild animals in zoo cafés is also one which may be having the hardest time adapting to the hustle and bustle of such a context – the owl.  Tokyo alone boasts at least 14 owl cafés and the conditions are not always great for our wonderful feathered friends. Owls are nocturnal animals that hunt, play, and fly during the night and, spoiler alert, sleep during the day. The reality for owls in cafés is often quite different.

In the worse cases, you can find owls tied down by leashes and often not allowed to fly around even after closing hours. They are placed on costumers’ arms for interminable photo shooting sessions. There can be even loud music playing all the time, which yes, is stressing for an animal with such a sensitive hearing. And as if this isn’t enough, sometimes they are purposely under-hydrated, so they don’t produce too many droppings, which would be “impractical for the establishments.”. These are harsh details exposed by former workers in owl cafés.

Again, conditions vary from place to place and you can find cafés where owls are treated better. But generally speaking, owls and nocturnal animals are suffering a great deal in captivity. Chihiro Okada, an activist from the Animal Rights Centre in Tokyo says that there was a case where they discovered that “seven owls died within one year at an owl cafe”. 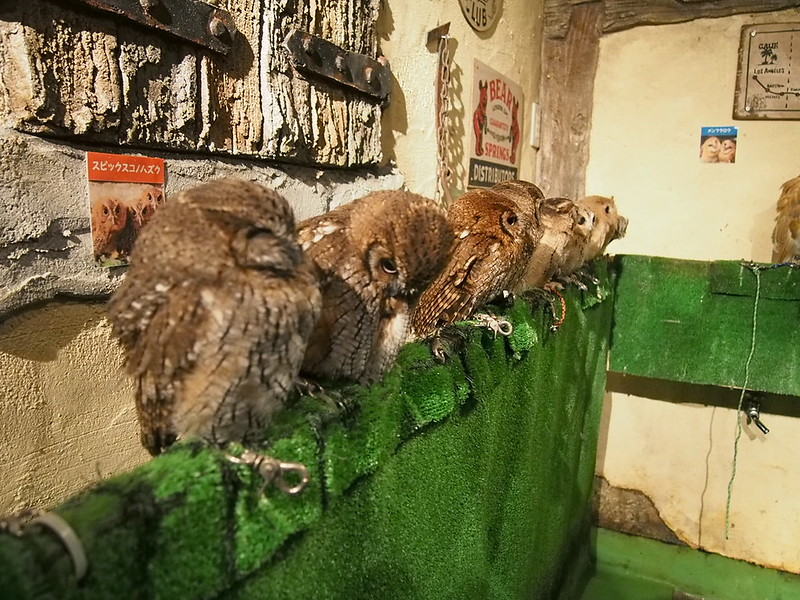 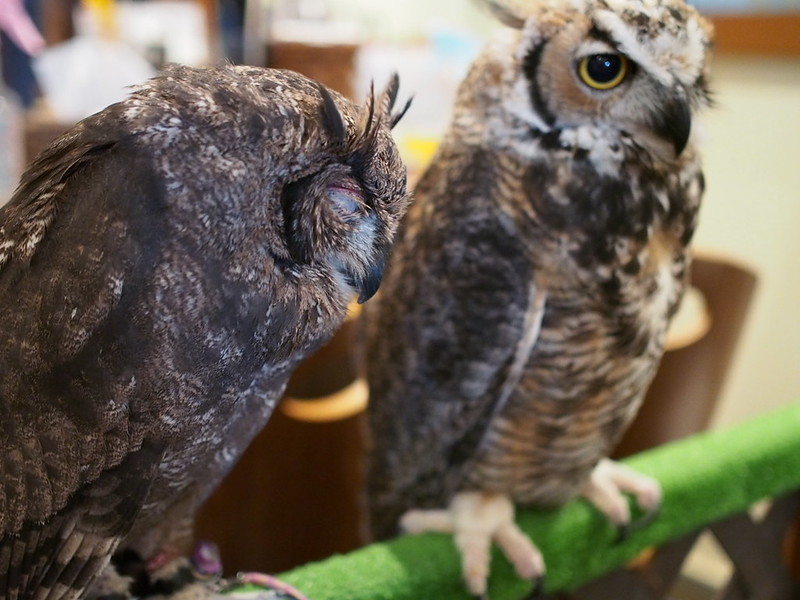 Another group of animals severely affected by this industry is the one consisting of semi-aquatic animals. That is to say, turtles, penguins, capybaras, sloths, otters, and opossums, to name but a few. For these animals to feel like being in their natural environment, they need to be spending most of their time in the water. As you might guess, you won’t see too many pools and lakes in cafés.

The list could go on and on. Truth is, it is hard to mimic a natural environment in a reduced space. Rob Laidlaw, executive director of the charity Zoocheck, says zoo cafe environments can cause “chronic stress, negative emotional states, and deteriorating physical health” for the animals. Beyond the novelty and charm of zoo cafés, if we assess the conditions in which wild animals often live in these places, we can quickly conclude that such a dynamic can be even more harmful to them than being caged in a zoo. Animals simply can’t live like this for long periods of time.

“When the time comes when the animal is no longer performance-worthy, then what do you think happens to that animal?” This is the question raised by Prashant Khetan, chief executive officer of Born Free USA, an animal advocacy nonprofit organization. They cannot be released back into the wild, because they won’t survive…

How about zoo cafés with domesticated animals? 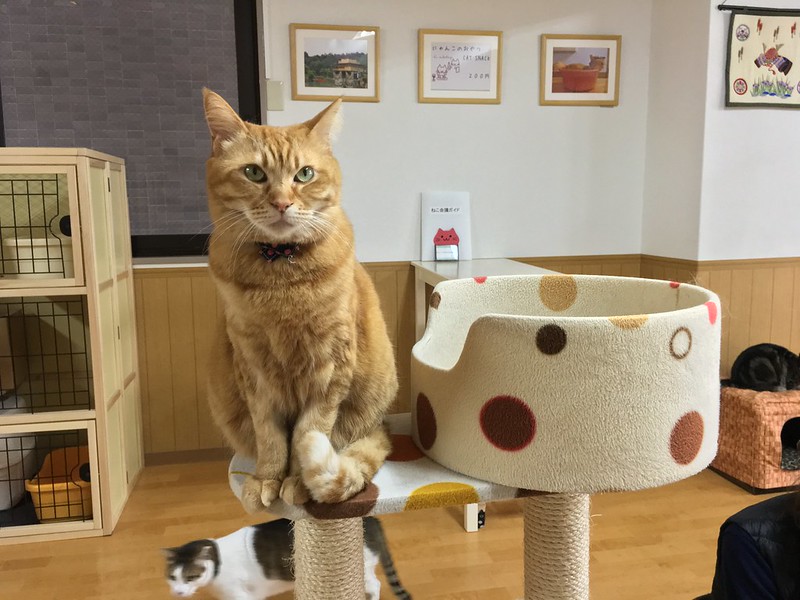 Ok so, it can be cruel for wild animals to be living in some zoo cafés. But this should all be okay with pets, right?

Well, not quite. In the end, a zoo café is still a business, and in this context, the animals will be seen as resources. Most of the time only rare breeds are bought and as soon as the animals get too old or ill, they are being disposed of and quickly replaced with others. Moreover, people often noticed unusual behavior when playing with cats or other pets in zoo cafés. Animals would be unresponsive and move very slowly,  as if they were sedated. This scenario is highly probable, as it prevents the animals from getting irascible and scratch or bite clients.

In some zoo cafés,  reviews on Tripadvisor reveal that ” the animals are passed around from patron to patron like playthings.”, being placed for a few (unsupervised) minutes on the table of the client, before getting moved to the next one.

Of course, that is not always the case and you can find ethical cafés with healthy treatment towards the animals. There you can see the pets are clearly happy to play and be in the presence of humans. A big plus comes when you can also take home the new furry friends you make there. This happens in cafés where their main purpose is rescuing the animals and placing them for adoption.

How to spot unethical animal cafés? 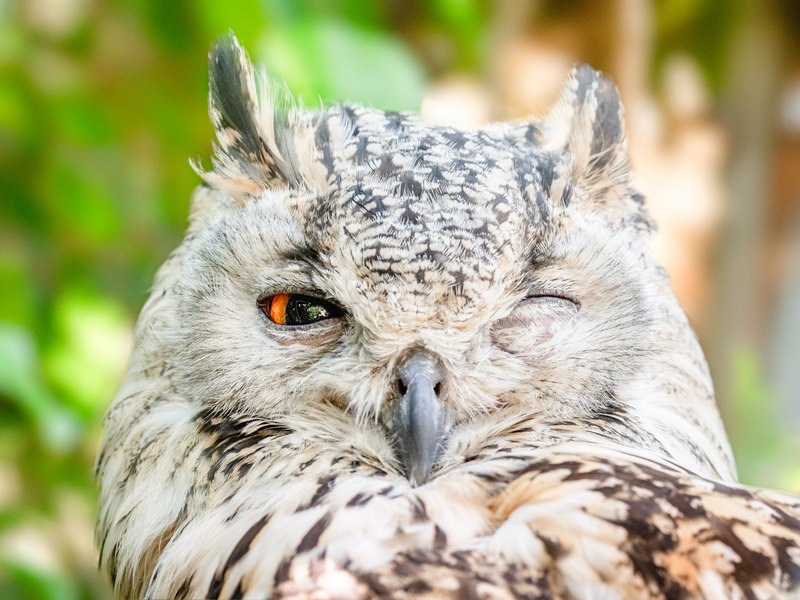 Locals often know which animal cafés are bad and should be avoided. Foreigners and tourists, on the other hand, are more susceptible to visit zoo cafés with unethical conditions.  This usually happens because of a lack of information, so make sure you do your research!

Our advice: Check reviews on websites like Tripadvisor and look for the badly rated experiences. If there are a lot and many complain about the conditions the animals are held in, then it’s most probably true. This means that as you sip your coffee there, you are financing the place and supporting a situation that is cruel to animals.

Here are a few aspects to pay attention to, both in the reviews and during your time at a zoo café. 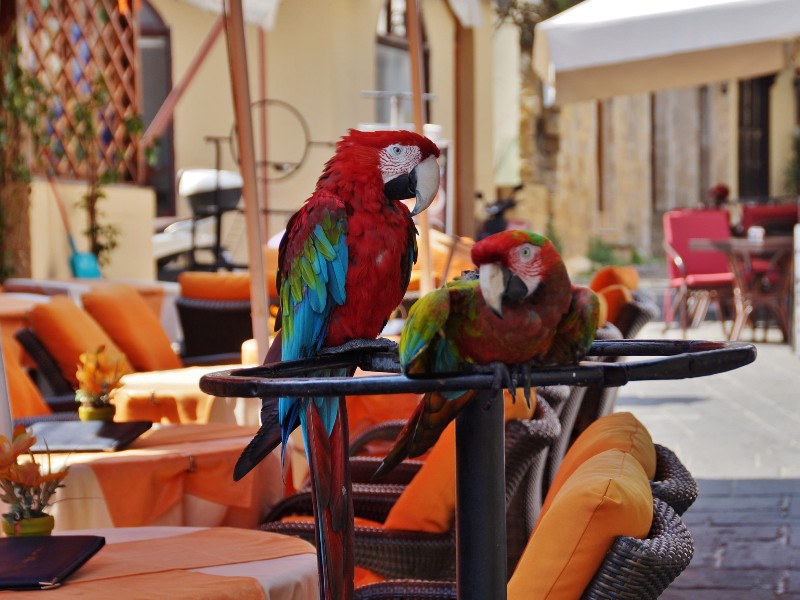 Warning signs of a non-healthy environment for the animals: 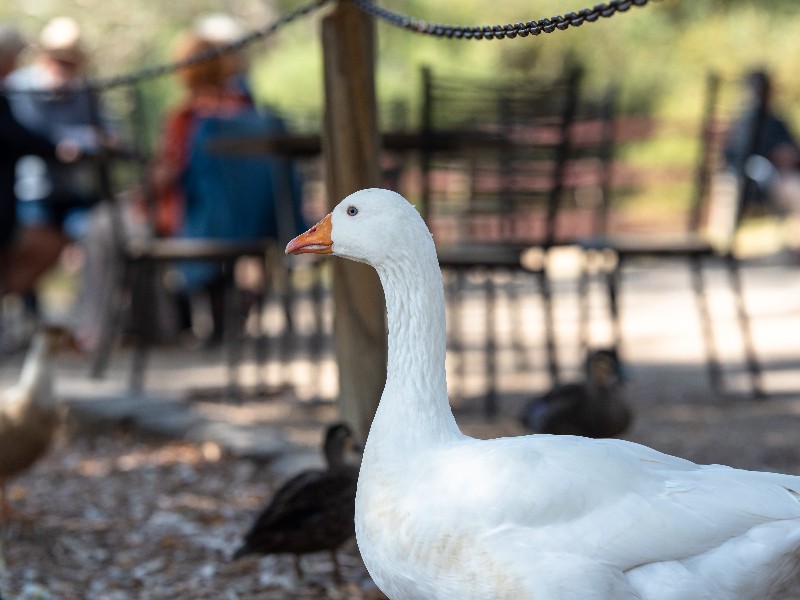 Requirements for an ethical zoo café:

We get it – it’s a unique and beautiful experience to chill with animals over a coffee or tea.  There are some other options in order to have a similar experience though.

You can find rescue shelters where you can interact with the animals freely or even volunteer if you want more of their company.  To feed and learn about domesticated animals you can go to city farms.

Also, a walk in nature – in the forest or in nature parks – may not bring you to the table with a wild animal, but it will give you the chance to spot some. And when you do, the sensation of seeing a wild animal in its natural habitat is much more rewarding and beautiful.

If you really want to see specific wild animals, zoological parks can be a better option. Check online what can you find around your destination and do your best to assess whether they are operating ethically. 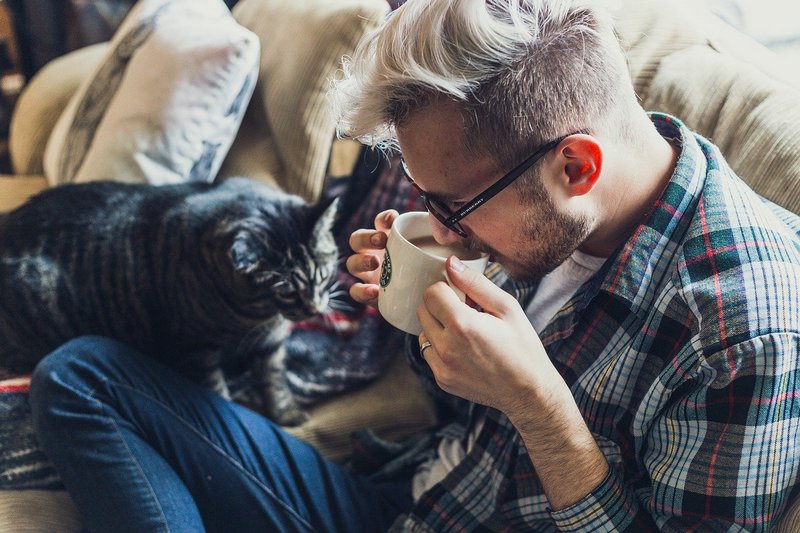 Like in every business, there are ethical and unethical practices. Animal safety activists are constantly trying to fight and ban those places which mistreat animals.

As far as zoo cafés go, until the law specifies clear regulations for what is acceptable and what is not, the best thing we can do is to report anything which sets out alarm bells ringing. This can also prevent other people from visiting and supporting these places, and making better choices instead.

Would it be better if zoo cafés ceased to exist completely? Tell us your thoughts.

10 Coffee Places in Europe for Writing on the Go