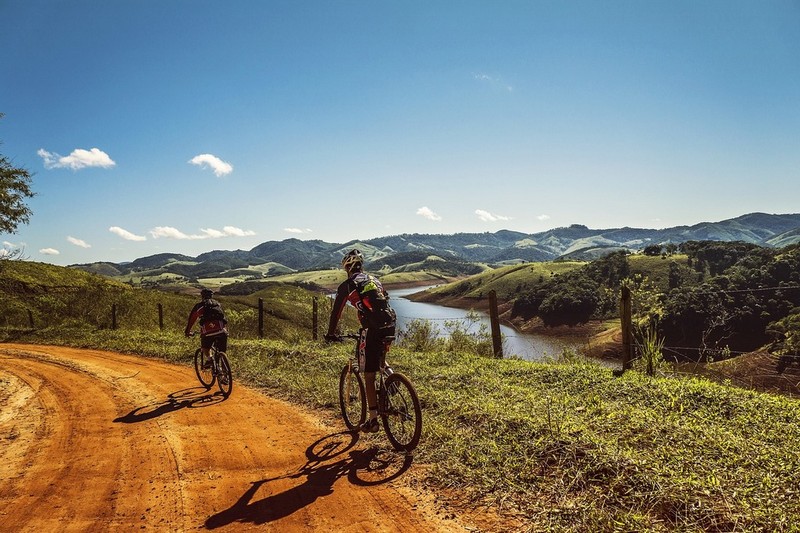 Biking has gone a long way from being just a mode of transportation during the 19th century in Europe. From the “Running Machine” that Barl Karl von Drais invented in Germany to the Rover Safety bicycles that inspired the modern bicycles, biking is now a famous hobby and sport enjoyed by young and old alike.

Because of its immense popularity, states all over the U.S. created biking trails that are safe and open to the general public. Aside from the pathway itself, the trails feature and promote local destinations, products, and services that put their state on the map. Let’s get to know 15 of these locations and what you can expect as you cycle along each of this biking trail. 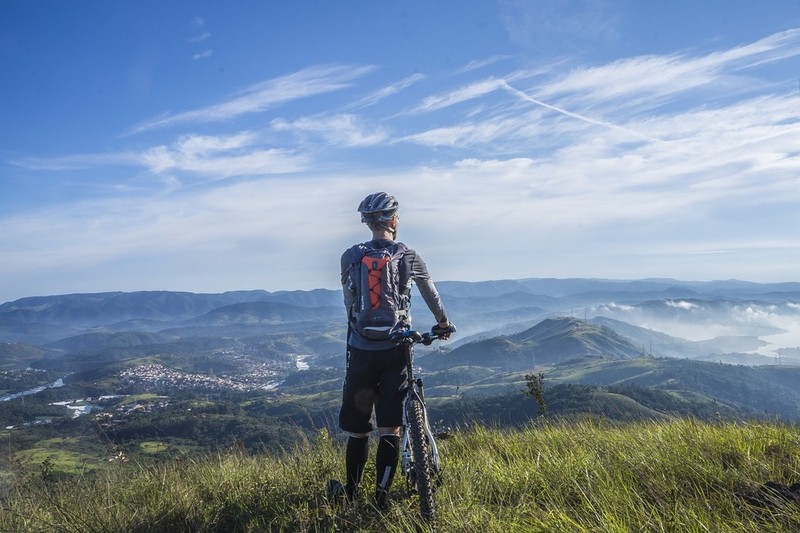 The 8.5-mile biking track has the most amazing views of more than 50 vineyards, orchards, and farms within the area. If you book your tour during its annual wine tasting events such as the Spring Barrel Tasting and the Colorado Mountain Winefest, you can enjoy the wines prepared by the wineries at its ripest and fullest form; all while pedaling your way through the trail.

Bringing your own bike is allowed but if you do not really prefer lugging around your gear for the whole duration of the trip, bike rentals are available everywhere. They even give out maps of the whole biking trail plus inside scoop of the best wineries in the area to visit.

This trail is just one of the many biking trails that the city has established to promote its bike-friendly culture. The activity is so ingrained in the daily lives of its residents now that it even built a website so that the tourists can have a guide about its biking events and regulations once they visit.

The Beargrass Creek Trail is relatively short (about 1.2 miles) with an elevation point at 121 feet. Once the Louisville Loop construction is done (an initiative to connect all biking trails within the city into a 100-mile biking trail), this trail’s length could stretch further.

All in all, the Fantasy Island bike trail is 17 miles and is divided into four loops－the Lone Cactus Loop (6.4 mi), the Bunny Loop (5.4 mi), Snake Dance Loop (2.0 mi), Bunny’s Revenge (1.7 mi), and Christmas Tree Loop (1.4 mi). Each one has varying levels of difficulty and elevation but is generally safe for both beginners and intermediate bikers.

But before visiting the trail, you must first apply for a permit from the Arizona State Land Department. 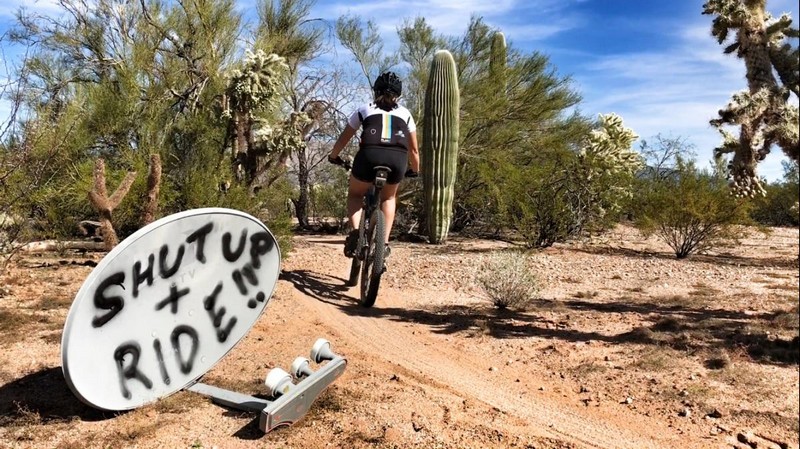 Another hidden gem of Colorado: 401 Trail. If Wine Country has scenic views of vineyards, the 401 Trail has the Elk Range that is home to alpine lakes, aspen groves, and blooming meadows. The place looks like a scene out of Sound of Music where Maria sings her heart out to the hills. That is if you book your tour from July to April of the next year.

The 13.6-mile trail is an advanced-level singletrack so you won’t likely get lost in the middle of nowhere. But if you prefer to stare at the alpine scenery, nobody is stopping you. After all, with such a spectacular scenery, who wouldn’t want to?

The traverse was created and sponsored by the local club named CAMBA or Chequamegon Area Mountain Bike Association. The Rock Lake Trail is considered to be the favorite among all 300 miles of trail systems they made, and for good reason.

The terrain is hilly, narrow, and treacherous that only intermediate and advanced bikers are encouraged to try them. The thrill you feel after finishing successfully, though, is worth the visit.

If you want to see the hidden beauty of the state of Delaware, grab your bike and traverse through the Delaware Bicycle Route 1. This 150-mile trail starts at the Fenwick Island near the border of Maryland and ends in New Castle County in Montchanin, Delaware which is near the northern Pennsylvania border.

The route might be shared with other vehicles at some points, but don’t worry, they know their place. Bicycle lanes are perfectly marked to guide you and other motorists as you ride along.

The Continental Divide is actually a portion of the Great Divide Mountain Bike Route (GDMBR) that was created and developed by the Adventure Cycling Association. It is measured at a staggering 2,696 miles – and they plan to add 400 more! 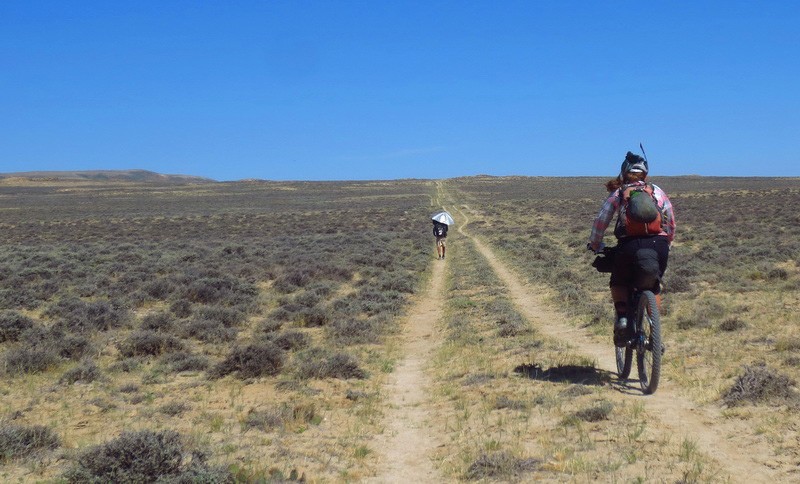 Although the terrain is relatively easy and the bikers with varying levels of expertise are very much encouraged to try it, don’t underestimate the route. The Association estimated that it takes about 37 days to complete the whole course. Each state covered by the trail also offers different weather conditions.

If you plan to take on the trail, you must carefully consider the supplies you bring. Remember that you will take the pack along as you pedal through the course. For example, to lighten the load, instead of bringing a tent, look for rent tents along the biking trails. The route surpasses four states, so it is impossible not to find one along the way.

Seriously. This town has so many biking routes, we can’t even choose! Thus, we decided to recommend the whole town itself since it is considered to be a “mountain bike town” anyway.

But if you plan to have a little adventure instead of whizzing around the neighborhood, feel free to take a pick from over 32 trails (Yes, THAT many!) created and developed within the George Washington National Forest. And if you still can’t choose, you can also try visiting the Bryce Mountain Bike Park which also has its own number of trails. See what we mean?

Not to be mistaken for the bike trail in Dallas with the same name, the Katy Trail in Missouri is measured at 237 miles and can be traversed both by beginner and advanced mountain bikers. The name was derived from MKT, a railroad that was once traversing along Missouri, Kansas, and Texas. From a railway, the road was converted into a trail where bikers, runners, and hikers can do their thing.

The route starts at Machens and passes through the length of the Missouri River and ends in the city of Clinton. Beware of horseback riders at the Sedalia-Clinton route; they might trample you if you get in their way.

Another entry from the state of Kentucky－the Canal Loop is the most favorite biking trail out of the eleven primary trails created within the park. It consists of 10.6-mile singletrack biking course and beautiful scenes filled with lakes, forest, and abundant wildlife.

Although the trail is open year-round, you must be extra careful if you plan to visit between March and October as weather conditions in the area may not be too kind. Also, potable water is not available on the trail so you must bring refillable water bottles and tumblers during the ride.

Unlike other bike trails mentioned here, this biking trail is a 13.6-mile long, singletrack cruise downhill from the top of the Bald Mountain. To reach the summit, you can either pay for a chair lift or hike the 3,200-elevation mountainside just to start the trail.

Once you speed downhill, though, the ride is far from easy despite the gravity pulling you down. The reason is not the terrain－bikers who have tried it claimed that the dirt road is an easy, smooth ride with small elevations here and there. It’s the hikers who are climbing uphill as you go downhill. Be extra careful that you don’t meet an accident with one of them.

If you ask the locals what their favorite cycling trail is on the Big Island, chances are, they’d say this bike trail. This 40-mile bike trail, when viewed on a map resembles a V-shaped pattern. To complete the track, you must ride from the old Mamalahoa Highway to Waipio Valley, then back again to Mamalahoa.

The view includes large bodies of land such as the Kohala Mountains, the Mount Kea volcano, and of course, the Waipio Valley. Before riding, don’t forget to wear waterproof sunblock (SPF 50 at least). The combination of the shining sun and the searing heat can make any person faint and toasted.

This 3,000-mile long bike and pedestrian trail is not just within the state of Louisiana. It actually encompasses all 10 states that are situated near the Mississippi River and the state mentioned is just the end of the Southern trail.

The route starts at the Itasca Water Park, where the northern end of the famous river is located. It then passes by Wisconsin, Iowa, Illinois, Missouri, Kentucky, Tennessee, Arkansas, and Mississippi then finally ends at Venice, Louisiana. Along the way, you can see Native American and European museums, monuments, and state parks dedicated to show the traveling Americans a piece of the country’s history.

Considered to be the longest rail trail (meaning, the railway was converted into a multifunctional pathway for bikes, horses, and pedestrians) in the US, the Cowboy Trail is 321 miles long and goes along the towns within Norfolk and Chadron.

As you cruise, take the opportunity to absorb the view of Elkhorn and Niobrara River Valleys, Pine Ridge, and other ranches and farms you would see along the way. If you are scared of heights, prepare yourself－the trail includes a bridge that is balanced 148 feet above the waters of the Niobrara River.

This 15-mile biking trail system is situated within the campus of Southern Adventist University. It offers a wide variety of bike courses fit for beginners, intermediate, and advanced bikers (although the latter two have to travel further to be able to find some more elevation) of all ages.

The flora and fauna are used and maintained by the biology students for further studies. Various species of birds, wildflowers, and trees that are endemic in the area can be seen and observed up close. Just don’t touch them. We don’t want to destroy the habitats of our furry friends. Make sure your dog does the same－yep, they are allowed to go with you.