The Cooper’s Hill Cheese-Rolling, a Crazy and Unusual Event 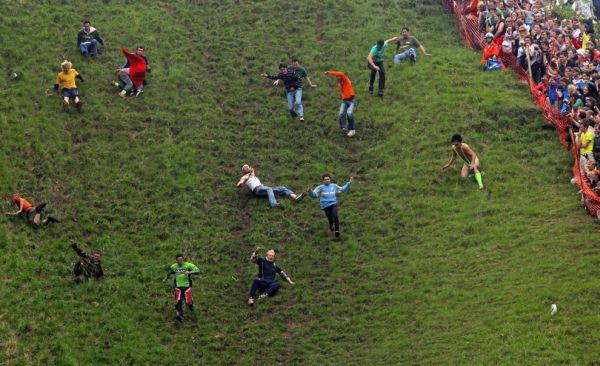 The Cooper’s Hill Cheese-Rolling is a crazy annual event held at Cooper’s Hill, near Gloucester in the Cotswolds region of England. The event consists in a dangerous race with an absolute price, the cheese. It all starts when a round of Double Gloucester cheese is rolled from the top of Cooper’s Hill, and competitors race down after it. The champion of the race is the first person who reaches the finish line at the bottom of the hill.

With a tradition of at least 200 years, the Cheese-Rolling event is becoming more and more popular around the world, and hundreds of tourists gather every year on the top of the hill to compete and to have fun. However, the race in 2010 was canceled due to the lack of safety measures, but many unofficial races occurred. This kind of event has its bad parts, because the hill presents a high risk of continuous fall and many competitors suffered serious injuries during time. 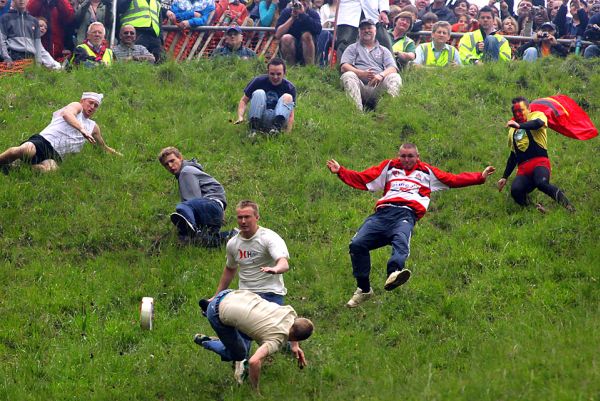 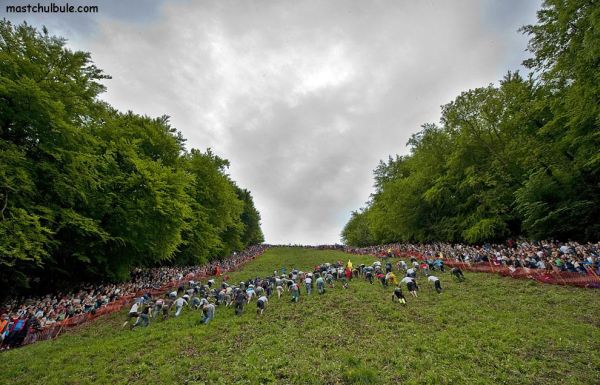 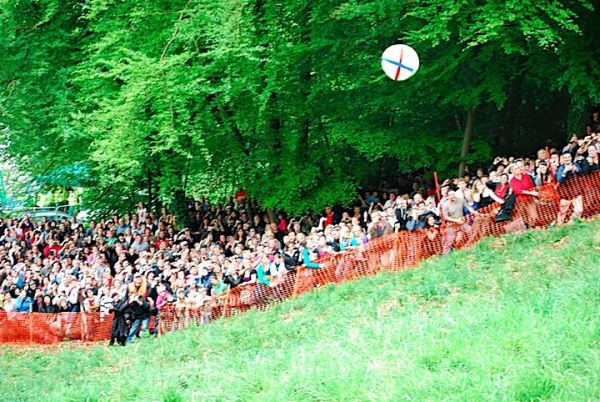 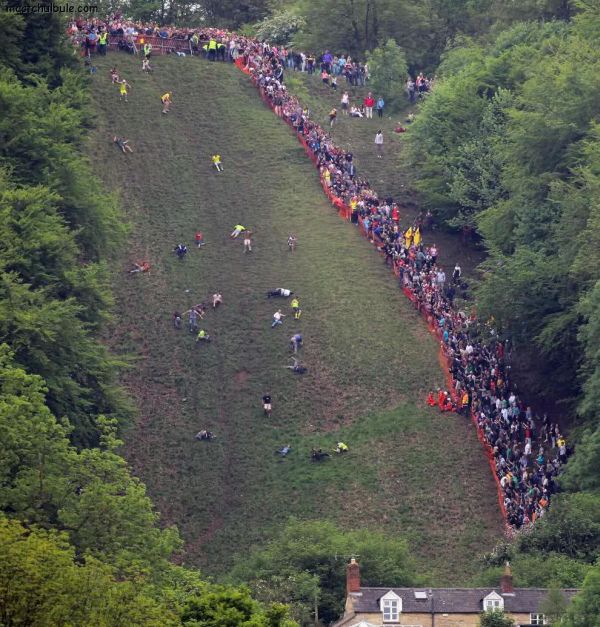 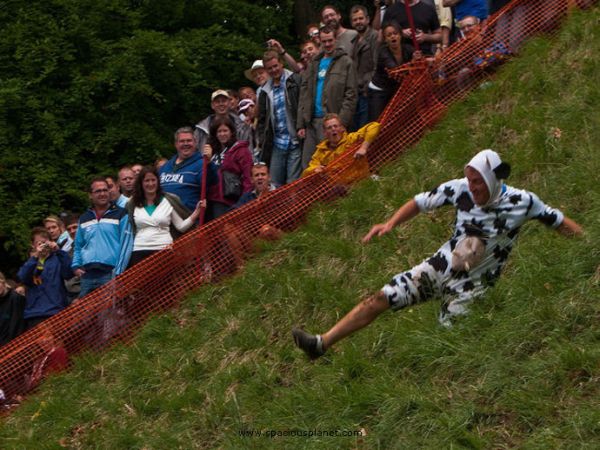 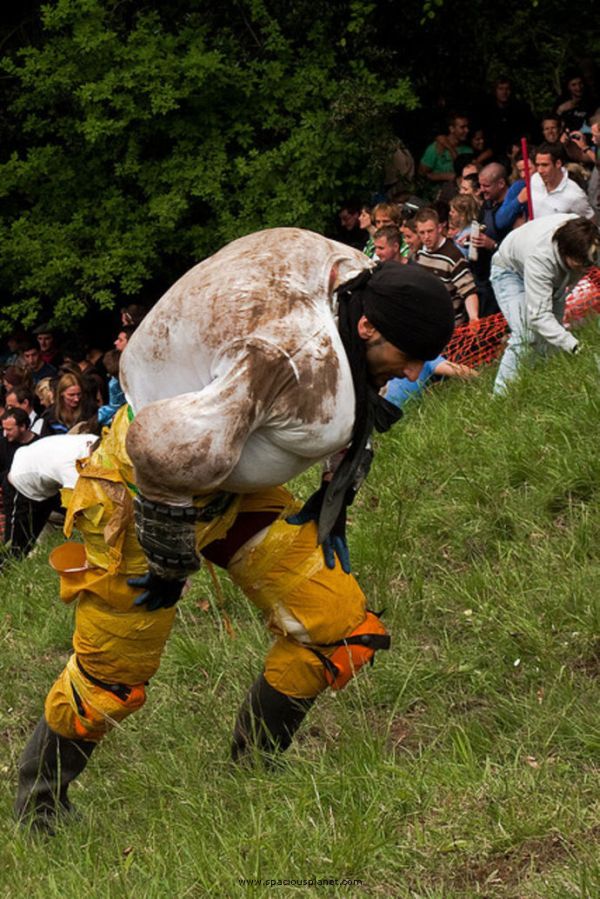 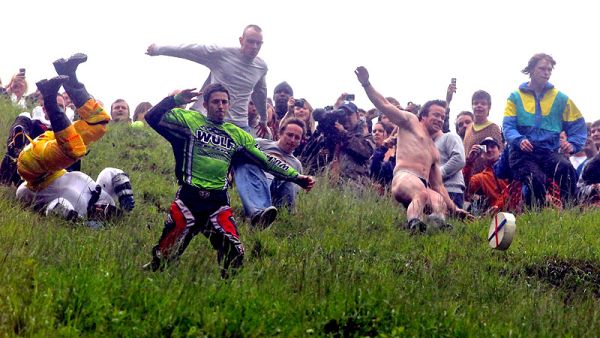 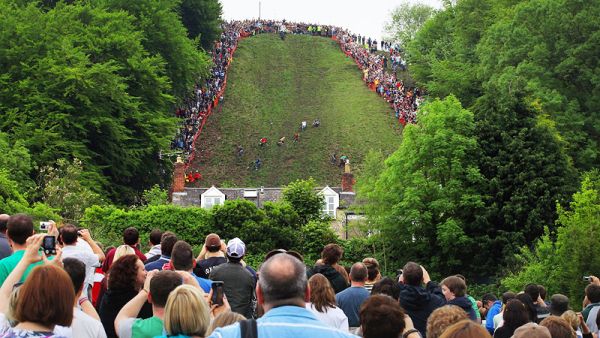 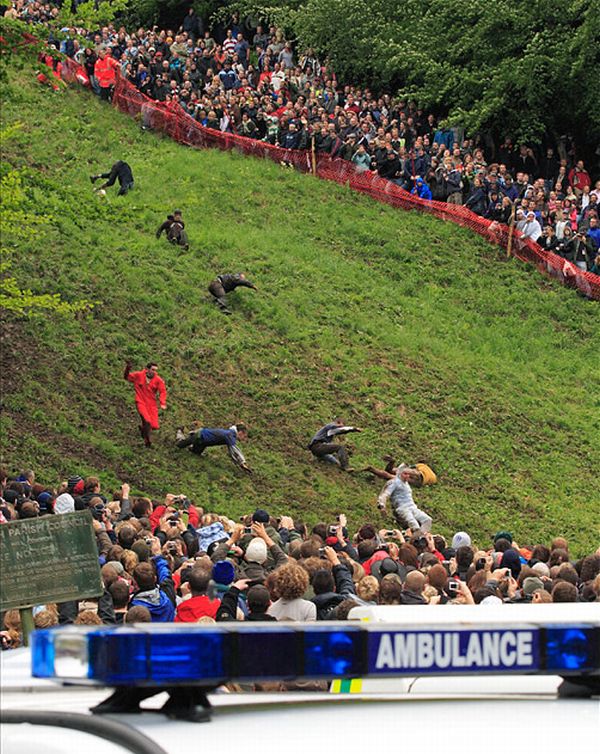