Surprising Things You Should Know Before Visiting Dubai

Dubai: this monumental, world record-breaking city which has the world looking its way with both exhilaration and fear of massive change.

In this post, we decided to list some of the strange and unusual things that make this city in the United Arab Emirates unique. If you are heading to Dubai (Fly Dubai offers a variety of flights in and out of the city) or simply want to know more about this modern-day oasis, here are some fascinating facts:

From Fishing Village to Megacity in a Few Decades

Back in 1833 when it was officially founded, Dubai was a relatively modest fishing village. By having a privileged location within the Persian Golf area, it soon developed into a port and important trade center.

However, in 1968 for example there were only a total of 13 vehicles registered in the entire Emirates, which gives a glimpse into the overall feel of the city, which was still low-scale and defined by desert landscapes.

Oil was first discovered in the region in 1966 and this brought was an immediate major rise in the population. The first sky scraper was built in Dubai in 1979, leading the way for a city facelift.

In 2022, Dubai is one of the fastest growing metropolis in the world, with 3,49 million registered inhabitants (85% of which are foreigners) and a landscape is dotted with 215 skyscrapers.

Dubai is tax-free. But is it really?

People who work in Dubai don’t pay taxes, which is why the city is so alluring for professionals world-wide. This is applicable for the entire country. That’s right: no tax registration and no gross salary- what you see is what you get.

So how does the government make money? It does so through rental and property taxes (which is why owning a property in Dubai can get quite expensive), as well as through tourist taxes. When dining at a restaurant, 10% of the bill will go to the state. And this is also the case with lodging and other tourist services. 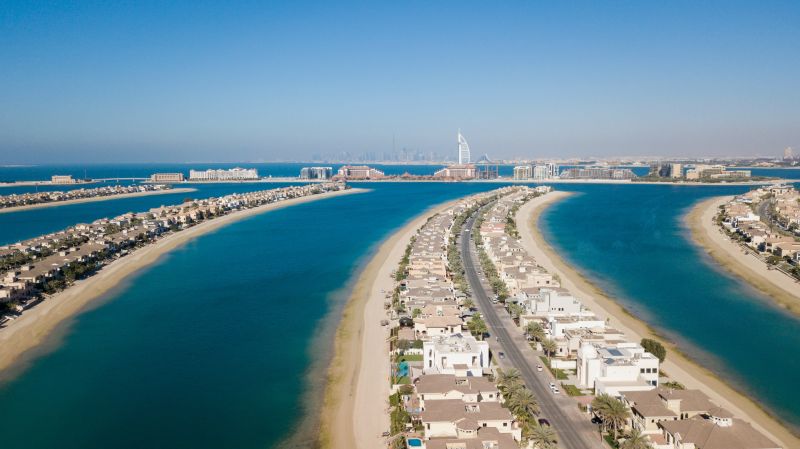 There are many jaw-dropping projects in the city and one of them is this Palm Island, which is visible from space. It is said that the sand and rock used to build Palm Jumeirah  could form a 2-meter high wall that is three times the length of the Ecuator line.

What you probably didn’t know is that Palm Jumeirah is a part of a larger island complex, which also includes another palm island and an artificial archipelago of 300 islands known as ‘The World’.

And here are just a few of the most unusual:

This is a city where walking is only possible on the beaches, inside malls, museums and markets. To go from place to place you will need a rental car or public transportation.

While taking the metro, you will notice the distinction between first class and second class (where the women are separated by men), as well as the lack of drivers.

There are quite a few interesting vantage spots above Dubai, including the observation deck at Burj Khalifa. One of the newest is Ain Dubai, a ferris wheel standing 260 meters tall. It was opened in October 2021 and currently adds a playful twist to the city skyline. 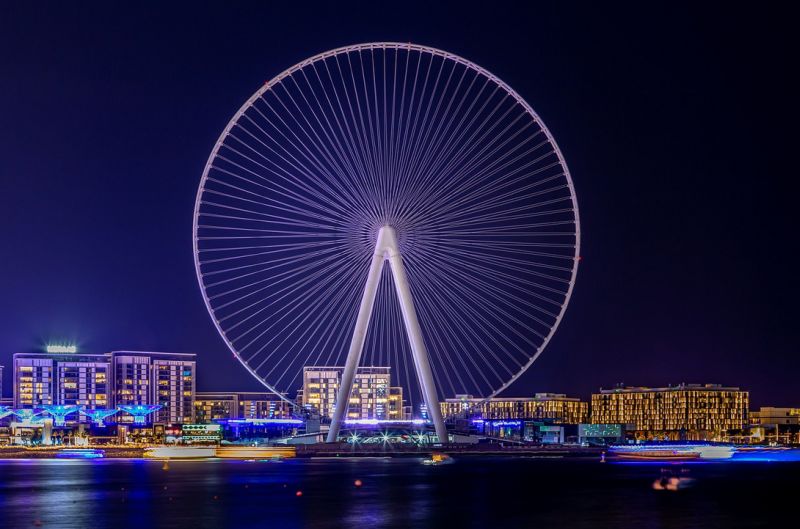 The city may be highly modern, yet visiting Dubai means also taking in the culture and tradition of the UAE. Although it is one of the most tolerating cities in the Middle East, you should still be aware of some basic rules, such as the official code of conduct, which does not allow kissing in public or other signs of couples’ affection. Dancing in public si also not allowed and the dressing code forbids short skirts and shorts.

These are just some of the unusual things you should know before visiting the city of Dubai, a place like no other that will for sure greet you with memorable experiences.

A Guide For Chartering Yachts in Thailand