Considered one of the world’s most intriguing natural mysteries, the Monarch Butterfly Migration from Canada to Mexico is an annual event that unites billions of butterflies. So if this happens to be your unexplored passion, here is a journey that is above any natural law and a place to enjoy butterflies every step of the way. 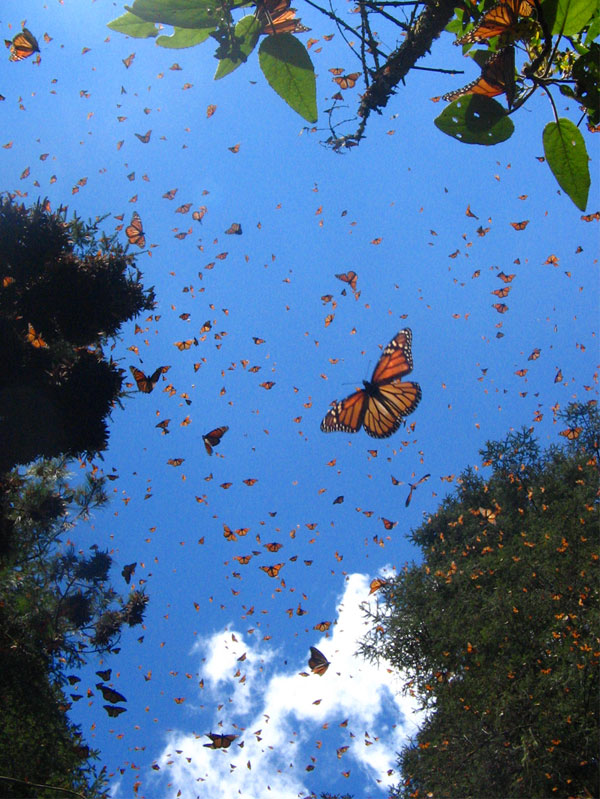 Every autumn in November, just as soon as the Noth-American summer is over, thousands of millions of monarch butterflies gather in Canada and head South, starting a journey of over  2,000 miles (3,200 kilometers), towards the picturesque mountains of Michoacan, Mexico.

Until recently, no one even knew what the fuss was all about or where the butterflies were going. Scientists still don’t know how this unusual journey is possible, being given that during a year, almost five generations separate those that actually flap their wings over half of the globe. This means that the ones that depart have never went to those particular locations in Mexico before and that it is the instinct that guides them all the way over there and then back to Canada again.

A very interesting event occurred in Michoacan in January 2002, when there was a huge unexpected frost in these areas and almost 80 percent of the butterflies were killed. Everyone was surprised the next year, when billions of butterflies returned to these lands. 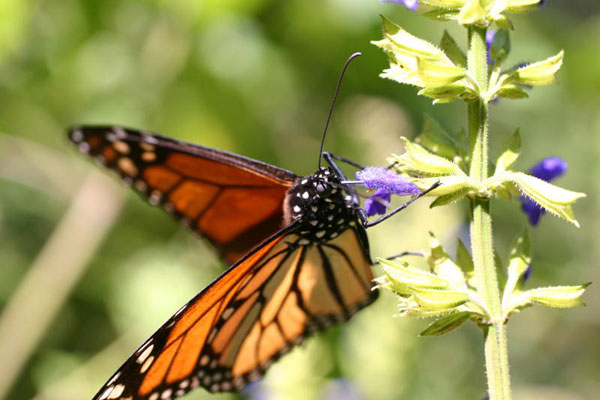 Being a part of this amazing event is possible if you decide to visit Michoacan mountains.

Getting there: You can arrive in Zitacuaro (a city of almost 100 000 inhabitants), by taking a car or a bus from Mexixo City (it is a 4 hour ride). Then drive on to Angangueo, located 34 kilometers away from Zitacuaro and 2,627 meters above sea level. The three butterfly bio reserves are located in El Rosario, just 6 kilometers away from Aguangueo (taxing a taxi is also an option).

When to visit: Late November to April 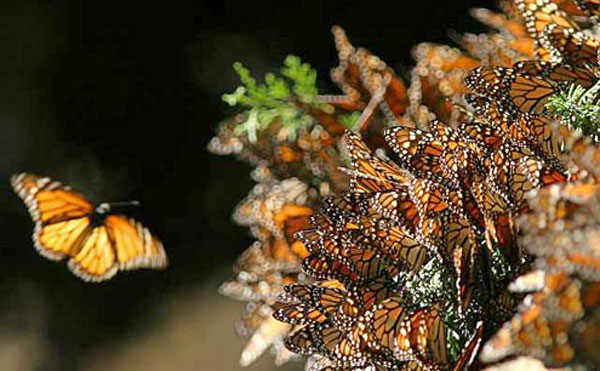 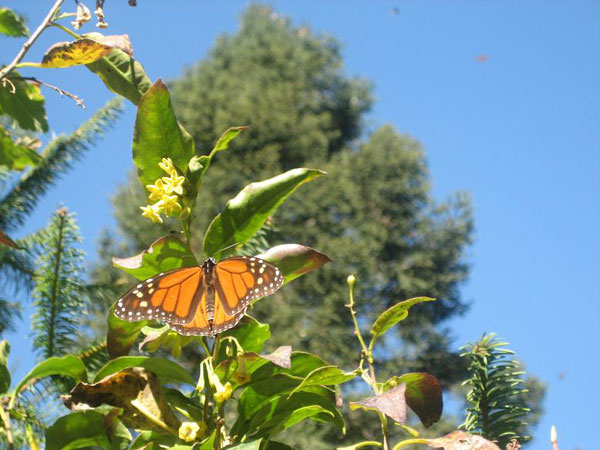 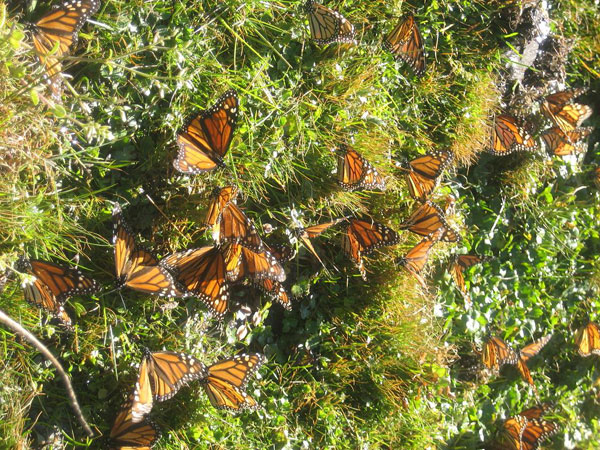 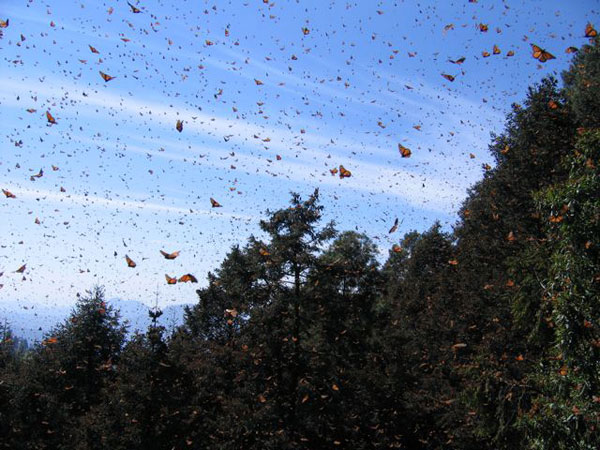 We consider the video below to be quite relevant for what this type of experience could involve.  Relax and enjoy!