If you are wondering whether 2 days in London offers the full chance of enjoying the city’s highlights, the short answer is “not exactly”. However, a couple of days are enough to get in tune with the overall English atmosphere and witness a part of the iconic architecture the city displays.

When looking for places to visit in London, you can be sure that you will discover something that fits your plan! One of the world’s oldest and most well-known towns has a wealth of sites to see to accommodate every type of traveller. Whether you prefer to spend a lazy day in a park or a rocking night at one of the many pubs, London has it all! From centuries-old markets and streets to cutting-edge concert halls and nightclubs, London has it all!

If you are visiting for Christmas, the London Christmas lights start being displayed on Oxford street, as early as November 2nd. There are about 12 Christmas Market venues in London, with the best probably being Winter Wonderland in Hyde Park. You are likely to find all the stalls and goodies in place after the first half of November. Holiday season tours are available with offers such as “London Christmas tour by night open-top bus tour” or “London Christmas light and markets”.

Here are some of the best places to visit in London if you’re only in town for 2 days, whether for Christmas or outside the winter season:

The London Eye, located on London’s Southbank, is the world’s highest cantilever wheel and a famous feature in the London skyline. Every year, about 4 million people visit this wheel.

London Eye is comprised of 32 glass capsules. On a clear day, you can see as far as 40 kilometres away. There are multilingual guides who provide commentary on the details of the outstanding city perspective. The London Eye offers views of Buckingham Palace, Tower Bridge,  Big Ben and other notable London sights. 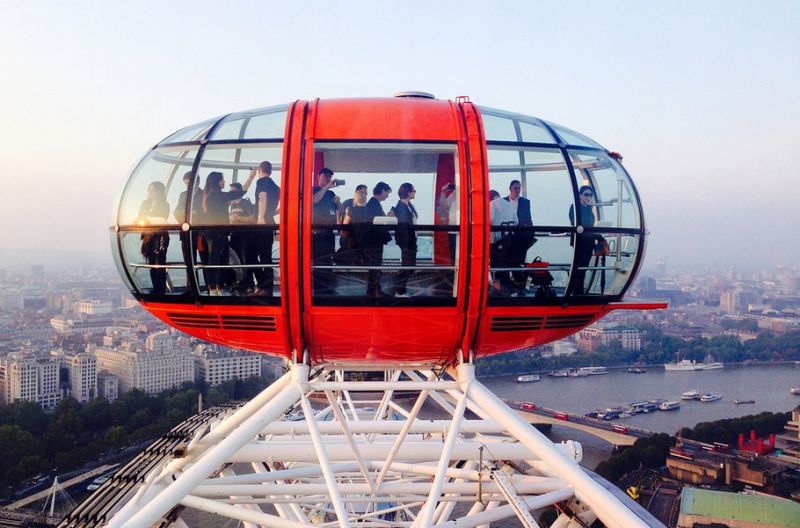 The slow revolution of the wheel allows one to capture prominent sites. In the year 2000, the wheel was opened to the public. It was originally intended to serve in the public sector for only five years. However, its popularity made it a permanent fixture on the London tourist map. Tourists enjoy the exhilarating ride on the wheel as well as the breathtaking view of London from the River Thames. Tickets start at 32,5 GDP/person for a standard entry.

Kew Gardens, one of London’s unique UNESCO World Heritage sites, is one of the city’s delightful escapes to enjoy with your family and friends. It features an amazing collection of living plants and an internationally recognized scientific research centre. 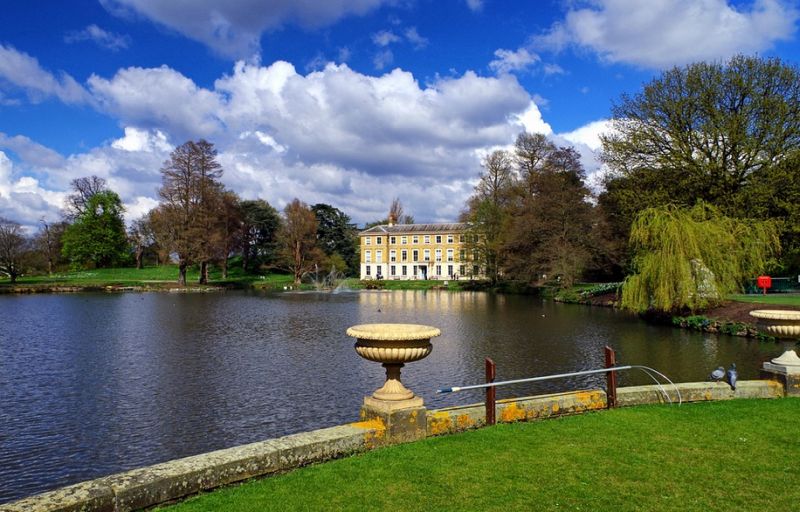 It contains over 14,000 trees and is noted for its stunning natural beauty that takes your breath away. Kew Gardens, spread across 300 acres, is a major research centre featuring a library and museums in addition to its lovely gardens. It welcomes individuals of all age groups to enjoy a day of peace and quiet in the heart of London.

Visitors can enjoy a variety of activities here, such as strolling among the colourful tree canopies or viewing the stunning glasshouses. The Palm House, Princess of Wales Conservatory, and Waterlily House are among the most popular attractions at Kew Gardens.

Buckingham Palace is the King of England’s royal residence and one of the most prominent Royal buildings in the United Kingdom. Notably, it is one of the few operational Royal Palaces in the world, and it is one of the top locations to visit in England.

The Queen of England used to make a public appearance through the Palace’s central gallery on occasions of both national and royal celebrations.

Buckingham Palace has approximately 775 rooms, including 19 staterooms and 78 updated bathrooms. The staterooms here are magnificently adorned and are reserved for the kings to receive their awards. To complement the overall grandeur of the Palace, there are sparkling candelabras, luxurious rugs, beautiful furniture, marble columns, and damask wallpaper. There are multiple ticket types available for visiting Buckingham, starting at GDP17, for a tour of the Queen’s gallery.

The Tower of London’s mesmerizing majesty and historical significance can be sensed from the moment a visitor steps inside its grounds. This historic place tells the most important stories and events in British history. It was officially Queen Elizabeth II’s Royal Palace and Fortress, and it is located in Central London.

Though it is known as the “Tower of London,” it is actually a castle comprised of numerous concentric towers. It has had numerous significant functions over the years, including serving as a prison for notorious convicts, keeping royal archives, and serving as the grounds where coins were made. The Tower of London was once even a royal zoo for a short time! 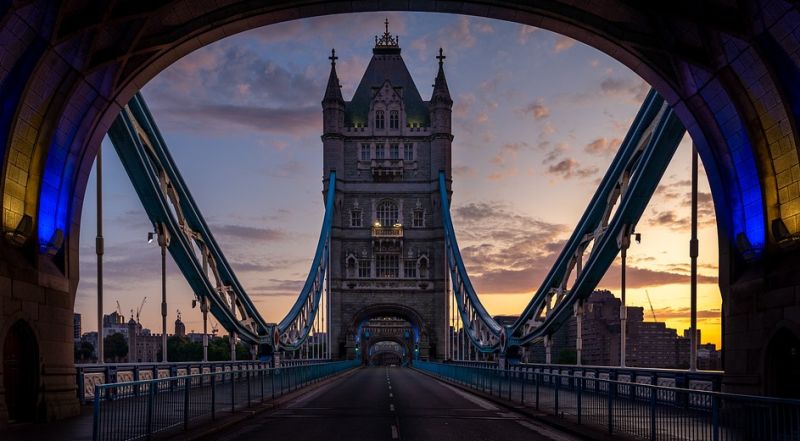 The Princess of Wales officially opened the bridge to the public on June 30, 1894. It has a length of 240 metres and two towers that soar 61 meters above the River Thames. The London Bridge’s rising bascule and massive towers make it one of the most recognizable bridges in the world.

The most noticeable aspect of the Tower Bridge is its two majestic towers connected by two parallel walkways. The high-level walkways provide a panoramic perspective of London’s city activity, and the Victorian Gothic style transports you to the era of Victorian London.

The stunning glass flooring that spans the walkways allows you to marvel at the pedestrians zipping across the Bridge. It is controlled by a computer system and can be remotely lowered and elevated. The bascules are raised three times every day so that ships can pass through the river on which this bridge is located. It is no longer only a means of transportation; it has become a historical and cultural monument in London.

Although these are some of the highlights that you can comfortably experience in two days in London, we highly recommend also taking a free walking tour or visiting East Camden if you have the chance (we enjoyed the area very much and the accommodation options are memorable).  Another advice would be to walk, walk, walk in order to get a real sense of the city.