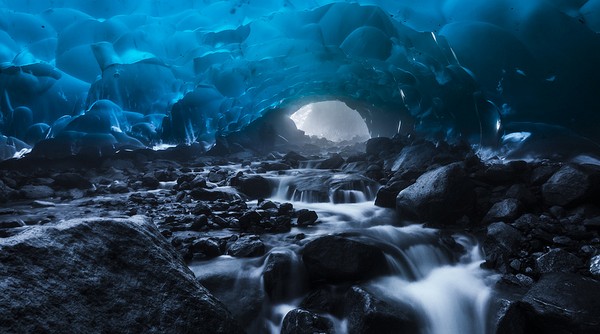 9 Caves Around the World That Dazzle the Human Mind

Hang Son Doong cave is located in Quang Binh province, Vietnam and is currently known as the largest cave in the world.  It is said that the cave was discovered in 1991 by a local man named Ho Khanh, but nobody dared to explore it until 2009, when the British cavers ventured inside.

Hang Son Doong is 200 meters wide, 150 meters high, and about 9 kilometers long.  The beauty of this cave is enhanced by its vegetation, derived from the collapse of a roof in one of the caverns. The surreal landscapes convinced the BBC news that Hang Son Doong is one of the most fascinating caves in the world. And the pictures speak for themselves.

The entrance in Hang Son Doong cave is 10 kilometres(forest path) away from Truong Son Highway, and the nearest city is Dong Hoi(65 kilometres away).

According to TravelJuneau.com, the Mendenhall is a glacier measuring more than a half mile wide in its widest point, and 1800 feet deep (about 540 meters) in its deepest.

Mendenhall Glacier has a  total length of 12 miles, extending between Juneau Icefield and Mendenhall Lake. Commercial operators offer tours in the summer, including hiking, biking, rafting, canoe and kayak trips, and bus, van, taxi and shuttle tours. Given the fact that the glacier`s melting process is severe, it is strongly recommend that visitors do not enter the caves during summer and that they wear proper equipment.

New Zealand is full of surprises, whether we are talking about culture, art or nature. Waitomo Glowworm Caves are just another pleasant surprise, and definetly a must see for each of us.

Waitomo region is part of the North Island of New Zealand, and it is exclusively known for its population of glowworms. They are known as Arachnocampa luminosa and their habitat is very well preserved (since they only exist in New Zealand) by a special Scientific Advisory Group.

Using high-tech tools, they determine the management of the cave environment by checking the air quality, temperature, humidity and carbon dioxide. And yes, that means that they decide how many people enter the caves every day.

So you should better be there early, if you don`t want to miss all the fun!

In English, Eisriesenwelt means World of the Ice Giants, hinting that winter lovers will be more than happy to visit this special place. Situated in Werfen, Austria, the Eisriesenwelt Ice Cave is currently the largest ice cave in the world, with its more than 42 km in length.

The cave was discovered in 1879 by a scientist from Salzburg named Anton Posselt. Visitors arrived only after 1920, and today nearly 200.000 tourists leave this place with flushed cheeks and smiles on their faces.

If you happen to be in Salzburg, we advice you not to miss the opportunity to visit this marvelous cave, considering that there are only 40 km that separates you from this heaven of ice. Don`t forget to bring warm clothes, gloves and winter shoes! 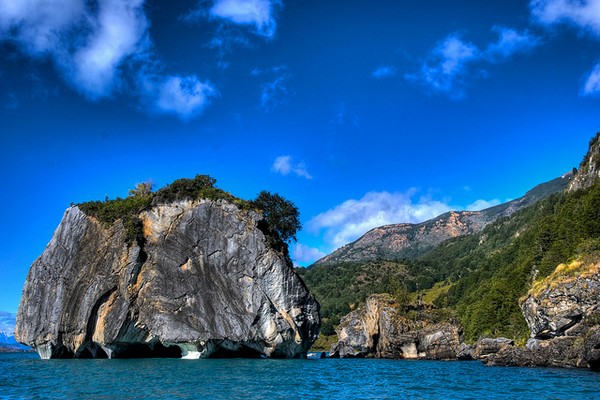 If you have not traveled to Chile before, we might give you a reason to go there (and many more to come in the future posts). The Marbel Cathedral is situated in the middle of Lake General Carrera in Patagonia.

Carved by water, the marble caverns offer a spectacular color game in a constant change, so your experience will never be the same, even if you travel there several times . You can get to the Marbel Cathedral by taking a boat tour from Puerto Tranquillo, Rio Ibáñez.

This wonderful cave is also called Maarata or Oknata(the eyes), because of the number of holes in the ceiling (7 holes).

According to bulgariatravel.org the studies showed that the Devetashka cave used to be inhabited (with some interruptions) during almost every historical era.

The earliest traces of human presence date back to the middle of the Early Stone Age. The cave can be found 2 km away from the village of Devetaki and 18 km north of Lovech.

If you want to feel some adrenaline, one of the ceiling openings can be used for bungee jumping.

Scotland never failed us in terms of culture and tourism, and it looks like we are not the only ones who believe in its natural treasures.

The cave is placed on the uninhabitated island named Staffa, property of the National Trust for Scotland and is 72 feet tall and 270 feet deep.

The cave is also known as  An Uamh Binn, or The Cave of Melody, due to the harmonious sounds that you hear after you get closer.

This place was a real inspiration for Jules Verne (who used it in his book The Green Ray), Pink Floyd (an early unreleased song was named after the cave) and Felix Mendelssohn(composed an overture – The Hebrides).

Škocjan Caves is a cave system located in Slovenia, Europe, integrated in the Škocjan Caves Regional Park. The grottoes are the creation of the Reka River, an underground river that springs from below the plateau. 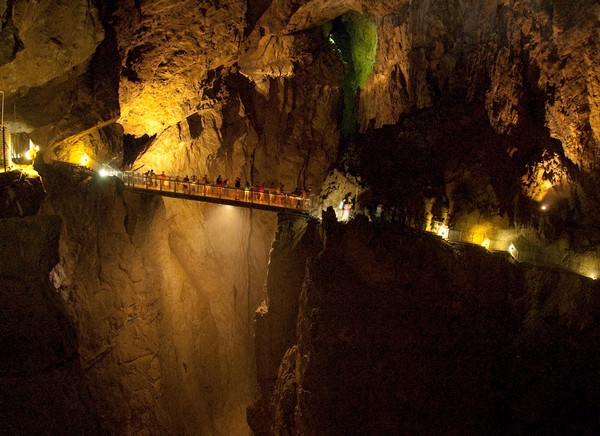 The total length of the Škocjan cave system is about 6 kilometers, but the amazing thing is the vertical difference between the highest entrance (a 90-meter-deep abyss called Okroglica) and the lowest point in the caves (the siphon), which is 205 meters deep.

The spectacular Giant Crystal Cave is connected to the Naica Mine, located in Chihuahua, Mexico, 300 meters bellow the surface.  Its main chamber contains the largest selenite crystals ever found, some of them reaching 11 meters in length, 4 meters in diameter and about 55 tons in weight.

The conditions here are extreme, with a constant temperature of 58 °C and high humidity, proving to be a dangerous environment for those who are exposed more than 10 minutes without proper equipment.

Is Perissa a Good Base for Your Stay in Santorini?