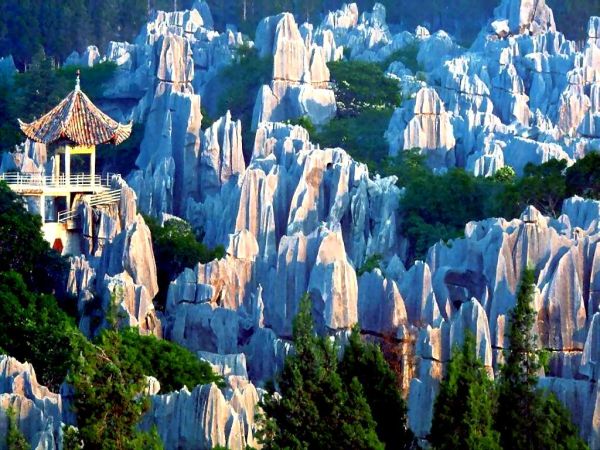 The Stone Forest of Shilin is located in the Lunan Yu Autonomous County, southeast of Kunming Qujing Prefecture in Yunnan Province, China. This amazing “forest” is said to exist for over 270 million years, from the Paleozoic era and is considered a world wonder by the Chinese.

Shilin Stone Forest consists of  karst landforms with unique limestones (sedimentary rocks composed largely from minerals), which were washed by the sea and created groups of gray-black stone peaks and stone pillars. The Shilin Stone Forest has a few unusual characteristics:  it consists of thousand of narrow, pointing to the sky, weirdly-shaped rocks towering up to a height of between 5 and 30 m (15 and 100ft) giving the impression of a very dense forest with old trees. 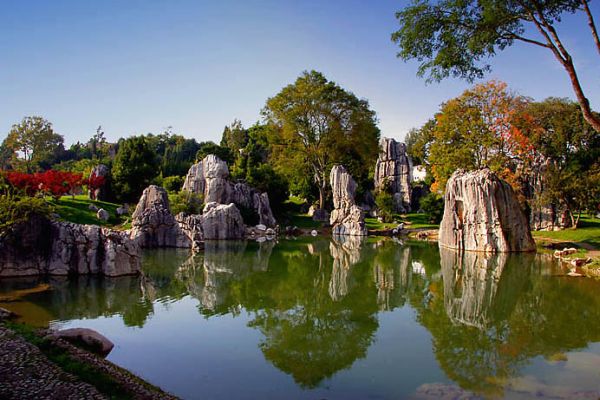 Having a total surface of roughly 400 square kilometers, the Shilin Forest is considered by many to be one of China’s most fantastic places; some even call it the “First Wonder of the World”. Close to the Stone Forest, there are other scenic spots such as the Black Stone Forest, the Dadieshui Waterfall, the Changhu Lake (Long Lake), and the Ziyundong (Purple Clouds) Cave. Lakes, mountains, caves and rocks add more charm to the Stone Forest area. Every year, on the 24th day of the 6th lunar month, the Yi people celebrate their Torch Festival . Traditional activities including wrestling and bull fighting, and joyous singing and dancing always last throughout the whole night. 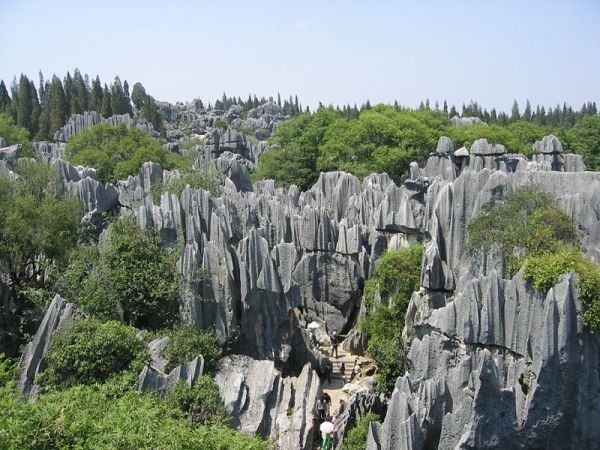 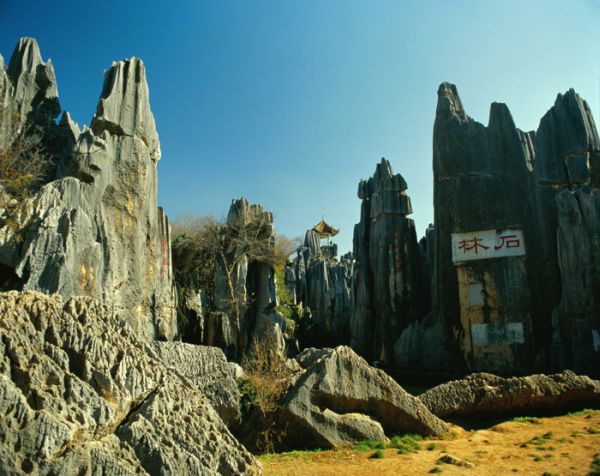 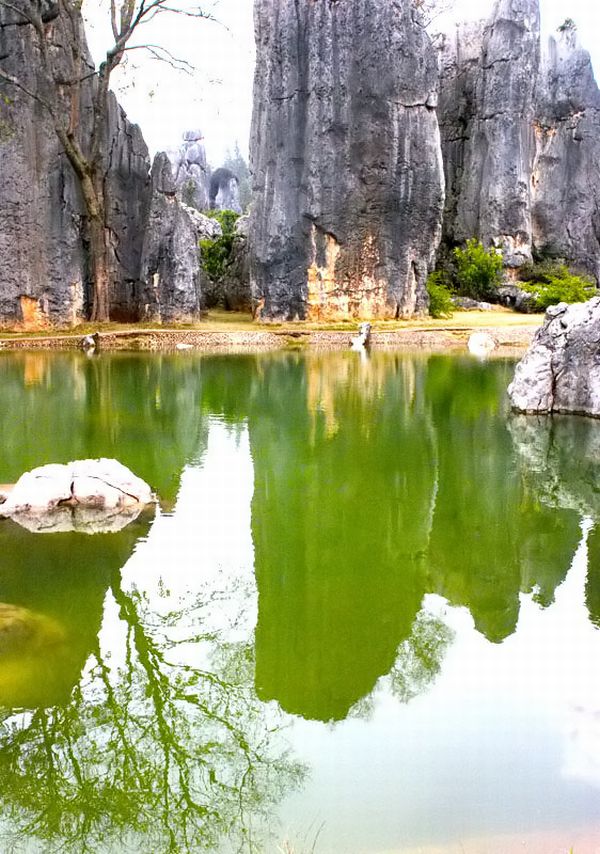 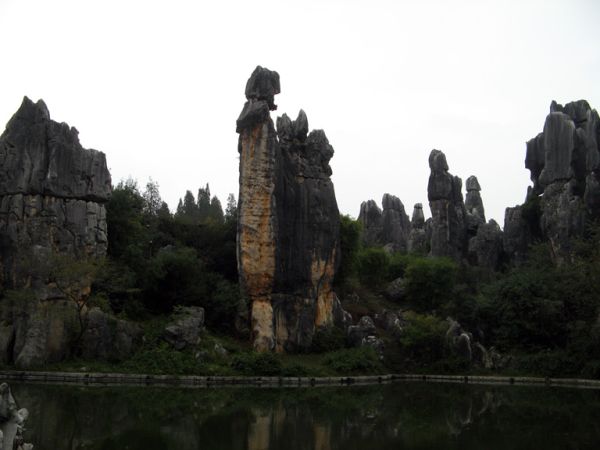 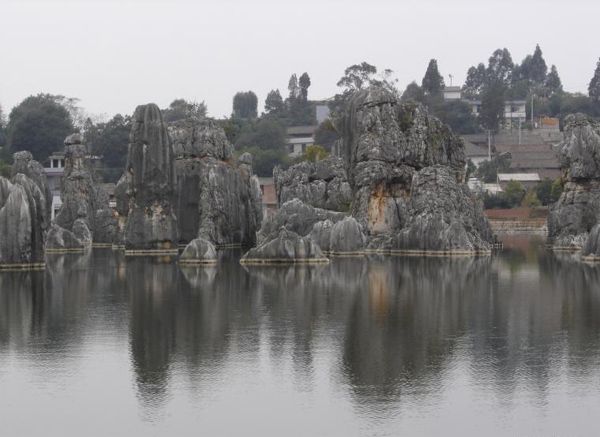 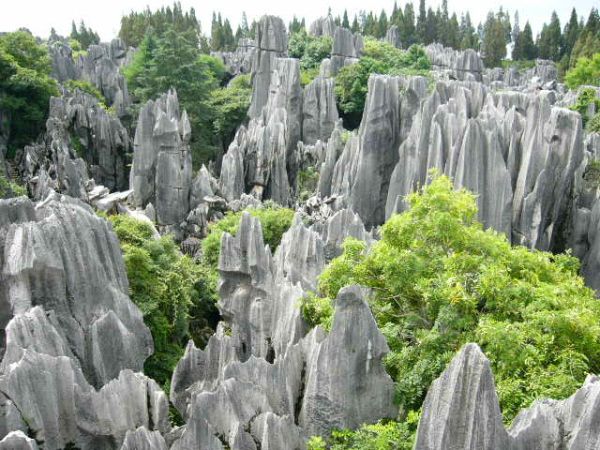 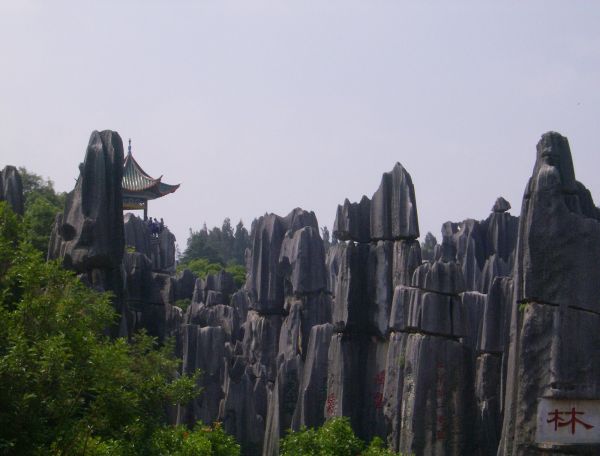