Sequoia National Park is an important part of America’s national legacy. It isn’t just the home to incredible life that can’t be found anywhere else. It’s also part of why the national parks exist. Naturalist John Muir deeply loved Sequoia, and it was his writing and advocacy that helped spur the creation of the National Park System in the first place. Sequoia isn’t just one of the oldest National Parks the US has, it’s also the genesis of the program in a lot of ways.

But most people don’t visit a park to feel a vague sense of historic significance. They go for the sights, the experiences, and the activities. So here are 7 things to do when you’re at Sequoia National Park that you won’t soon forget.

# Say ‘Hello’ to the Two Tallest Trees on the Planet

The two tallest trees on the entire planet are right here at Sequoia. General Sherman Tree is the tallest, at 275 feet tall. It also has a 36-foot diameter. The tree has been dated back to somewhere between 2,300 to 2,700 years old. Nearby, General Grant is located at Giant Grove, and is the world’s second-tallest tree at 265 feet.

Foot traffic at both locations can be pretty heavy, but it’s worth seeing the sheer, ridiculous size and scale for yourself. While they may not be off the beaten path, they’re still awe-inspiring.

Of course, if the star attractions are too crowded, there’s no shortage of exploring that you can do on your own. Giant Forest is an ancient place, and trying to describe the feeling that it evokes in words is always going to pale in comparison to seeing it for yourself (sadly virtual touring does not do these trees justice). There’s a sense of insignificance standing beside something so old, and at the same time there’s something powerful about knowing that you’re part of the same world that produced something incredible—knowing that you have a place in that world, just like these magnificent giants. 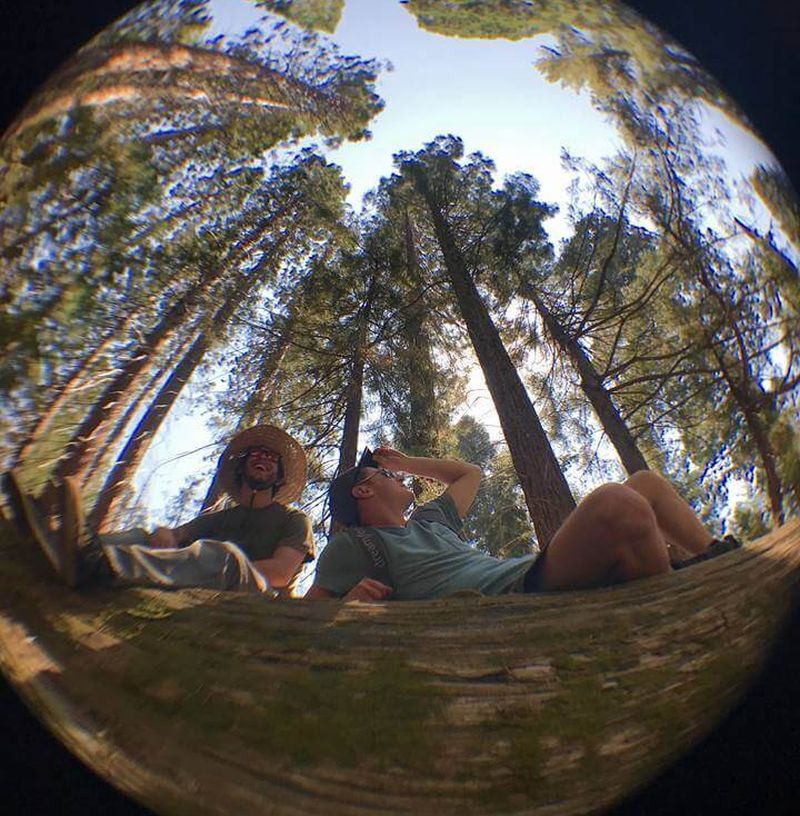 For those who really want to strike out on their own, there are cross-country ski trails running through Giant Forest and Giant Grove. The trails are perfect for an avid skier to make a day outing or even an overnight trip.

Not every interesting tree in Sequoia is still standing. Even some of the fallen ones are worth checking out. Tunnel Log is located along Crescent Meadow Road in the Giant Forest. Believed to be at least 2,000 years old, this gigantic tree fell across the road in 1937. The tree was 275 feet tall, with a 21-foot diameter when it fell. Instead of trying to clear such an enormous log out of the road, the park service simply cut a tunnel through it. Vehicles shorter than 8 feet tall are free to drive through the 17-foot-wide tunnel in the tree. (Larger vehicles can go around it via a bypass lane.) 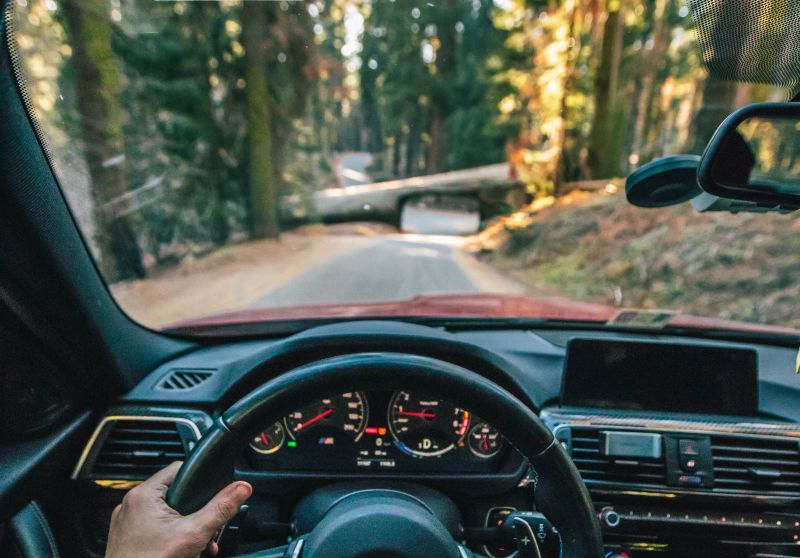 It’s not every day that you get to drive through such unique terrain, and there tends to be plenty of traffic (and crowds posing with the giant log). For the smoothest trip, go early in the day.

# Hike Up to Moro Rock

Moro Rock is a dome-shaped granite monolith that looms over the area. It offers some of the best views in the whole park, and that’s made it one of the most popular hikes in the area.

In addition to the view, part of what makes Moro Rock appealing is that there are several ways to ascend it. The easiest is a quarter-mile climb up a staircase that winds around the mountain. Hikers who want more a challenge can start lower down, and take a two-mile path up, instead. 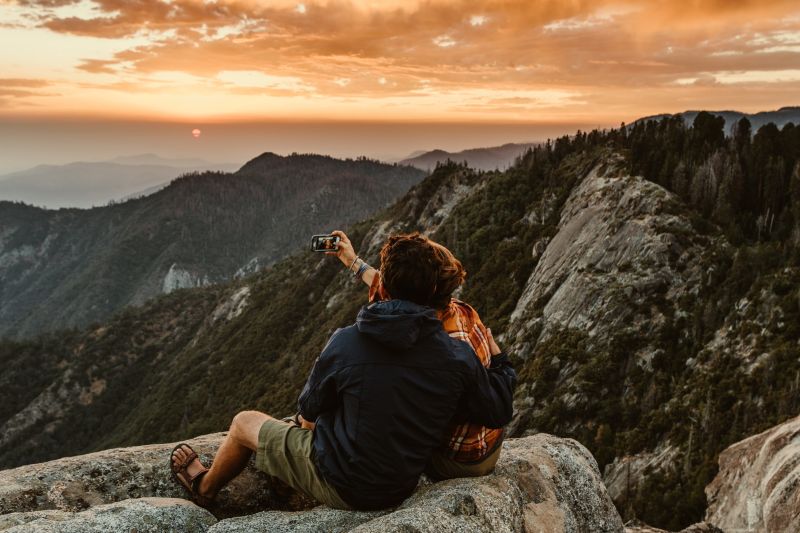 But for the more adventurous, Moro Rock is a very popular spot for rock climbers. The natural gaps and edges make it perfect for climbing, and there are several places for climbers to make the 1,000-foot ascent to the top. Some of these areas are off-limits during the nesting season for the falcons that live on Moro Rock. But for the rest of the year, you have free rein to climb wherever you feel like exploring

Crystal Cave is more of a guided experience than a chance to explore, but it’s worth seeing all the same. A half-mile trail through this marble cavern turns out to be a surprise highlight for many Sequoia visitors. Stunning rock formations featuring a whole rainbow of colored mineral deposits fill the cave walls, floors, and ceiling.

For more adventurous explorers, there’s a “wild cave tour” that takes guests off-trail, including narrow passageways where visitors must crawl on their stomach to get through. The experience is still guided, but gives you a more complete idea of what the cave has to offer.

The cave can be reached via a steep half-mile walk from the Giant Forest Museum’s parking lot. Tickets must be purchased in advance.

Hume Lake was formed in 1909. It was originally built by a logging company, but the United States Forest Service bought it in the 1930s. Since then it’s been an oasis to visitors who come for the green scenery and the calm waters. For people who want to go canoeing or fishing, Hume Lake is perfect. And if you’re with you’re family, the waters are calm enough for canoeing with children, if you want. 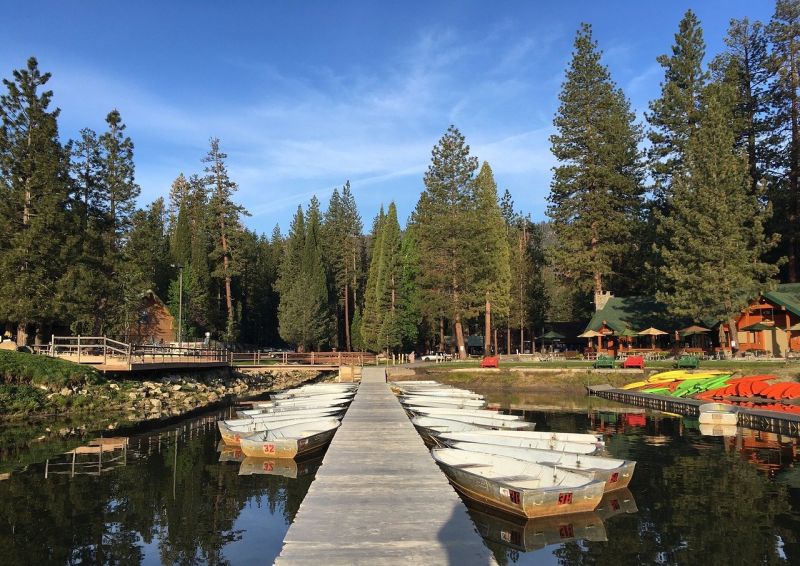 Northern California is where John Muir cemented his love of nature, and Hume Lake is a perfect place to help your family do the same.

Speaking of John Muir, Crescent Meadow was a favorite of his. There’s a 1.8-mile trail called the Crescent Meadow Loop that takes people around the meadow, but that’s just a starting place. There’s a whole world of side trails and extra sights to see. This is where you can see Chimney Tree. Or Tharp’s Log, the hollowed-out tree that explorer Hale Tharp turned into a cabin.

From the parking area at Crescent Meadow, there are plenty of other hikes, like Sugar Pine Trail and Bobcat Point Trail Loop, which takes you to a ridge overlooking the Kaweah River.

Curious Mind and a Tendency to Wonder?…

Whether you’re a rock climber, cross-country skier, hiker, or just curious, there’s something at Sequoia National Park for you. As one of the oldest and most famous parks in the National Park System, some of the big tourist attractions can get crowded. But if you have a curious mind and a tendency to wander, there’s no shortage of trails to explore, and surprising encounters with some of the most majestic natural sights in the country.