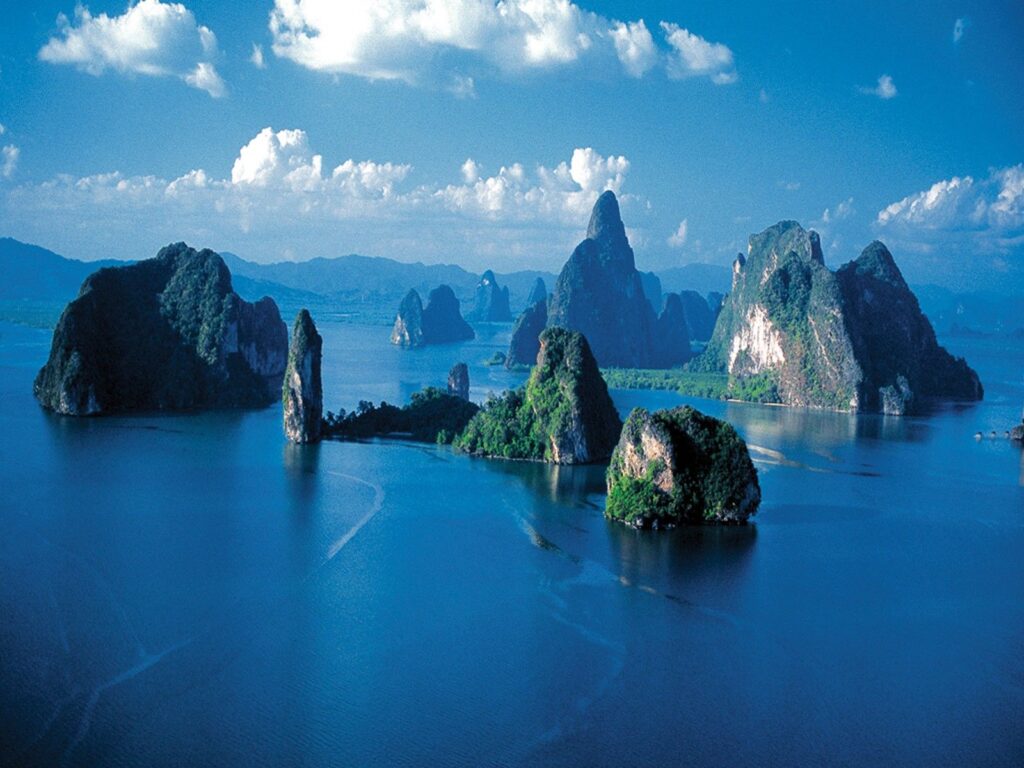 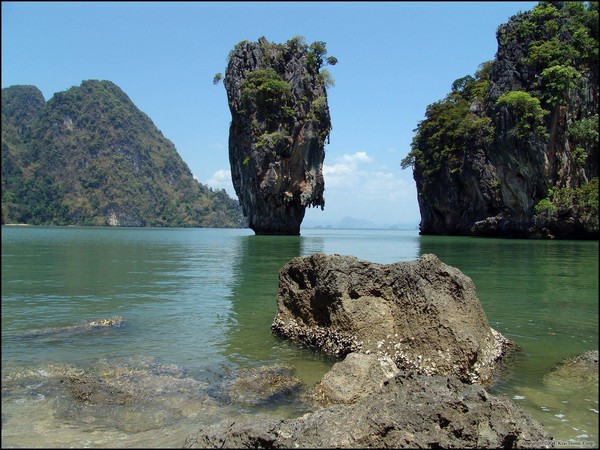 Limestone Islands displaying odd shapes rise up from the clear, green waters bordered by the wooded Phangnga golf in the south of Thailand. Approximately 40 cliffs and small islands with fantastic forms populate this generous golf, some of them reaching up tp 275 meters in height. Most of them have caves or flooded canals. 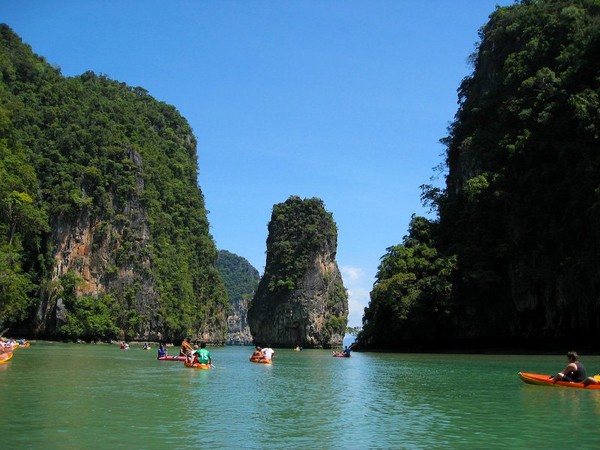 A 20 meters (66 ft) tall islet called Ko Tapu is the main tourist point of attraction . According to wikipedia, the island is a part of the Ao Phang Nga National Park. Since 1974, when it was featured in the James Bond movie The Man with the Golden Gun, it is popularly called James Bond Island. You can start gathering up more holiday resources about Phangnga Golf here. 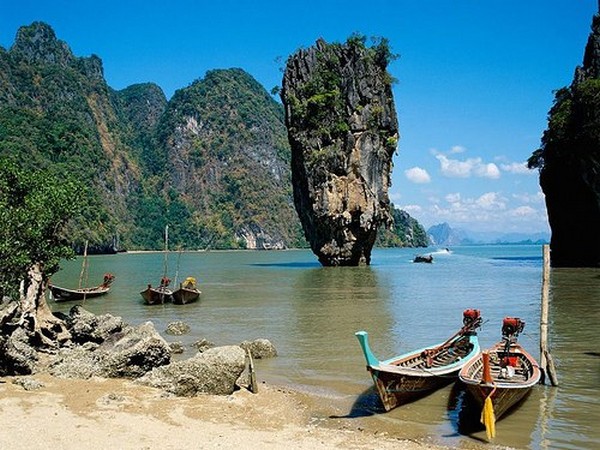 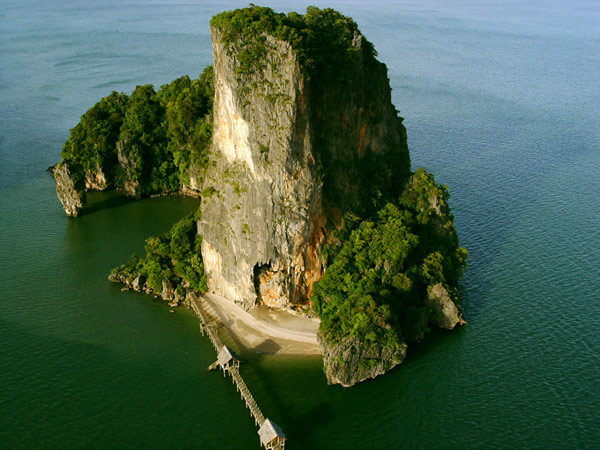 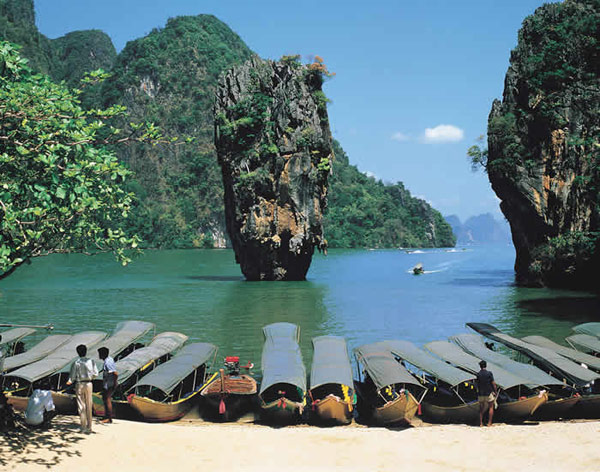 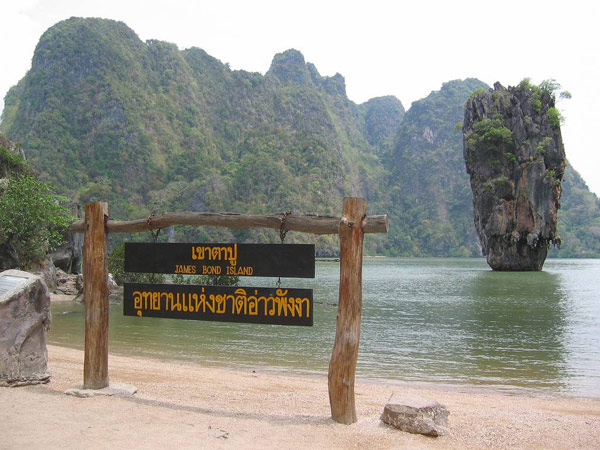