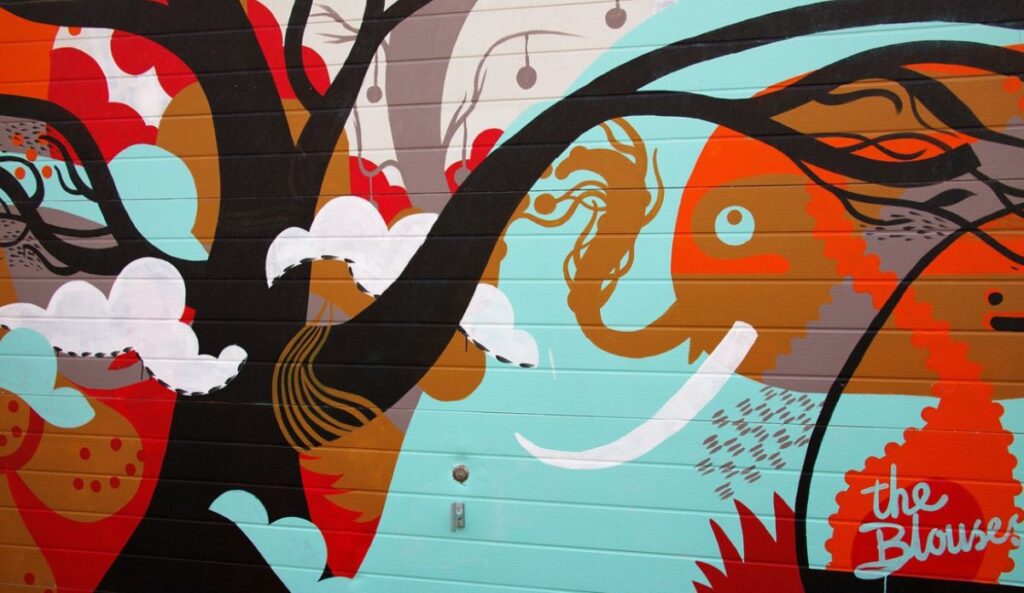 Contemporary street art has come a long way since its early beginnings marked by scratching initials on New York City buildings in the 1960s.

Often despised by authorities, this form of rebellion against the social and political status-quo thrived as years went by. It wasn’t until Keith Haring and Jean-Michel Basquiat that graffiti art (‘graffio’ means ‘to scratch’) became widely known and appreciated.

Nowadays, we roam around East London or Berlin hoping to find a hidden Banksy. The association with concepts like ‘stealth’ and ‘disobedience’ is what probably contributed to gafitti being considered one of the ‘coolest’ types of street art. And like it or not, it is now a part of mainstream culture.

But let’s look at a particular kind of graffiti art, which surprisingly involves… nature. As an art means in itself, nature is vast and complete. However, artists found a way to play with nature’s beauty, delivering refreshing works. Perhaps as a way to counteract global warming and the harmful effect human have over their environment, or simply to beautify their works, some street artists choose to embed nature in their designs. The result is absolutely spectacular, as you can see in the photos below.

The materials needed for a graffiti work are generally low pressure or high pressure spray cans. However, street artists also employ hybrid media such as print-making or collage on various building walls. Nature graffiti is not as easily achieved as regular wall graffiti. It involves a bit more research; the artist has to adapt the work to the physical environment and to a specific climate. Nature street art is also about a strike of creativity mixed with a dose of pure luck. The idea is to ‘scratch’ around a preexisting patch of grass, a shrub or a tree (the list can go on) in order to create a visually striking symbiosis. Nature graffiti is not only eye-catching and valuable in itself, but is also the kind of art that creates a surprising connection between the city and passers-by.

Playing a game of anticipation, we can only hope that street artists will continue to use nature as an art medium. Issues like sustainability and conservation already serve as inspiration for some graffiti artists; we would love for this to be a growing trend.

But even if some of the nature graffiti we may encounter don’t necessarily have a powerful social or environmental message, their uniqueness is likely to steel a smile from us. And that is a great art purpose in itself.