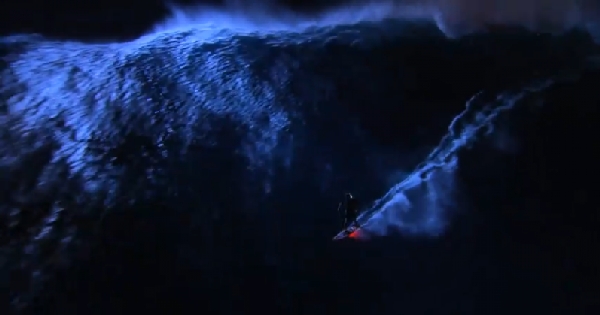 Mark Visser is known for his extreme “job”, one that implies hunting down and riding some of the biggest waves on the planet. The  wave-rider is said to be able to hold his breath underwater for more than six minutes. On January 20, 2011, Mark Visser did the impossible: at 2:00 am local time, he caught a 30-feet wave near Jaws Beach in Maui: “Riding in complete darkness meant I had to go off feeling,” says Visser. “I had to zone out from how you normally ride and just be a part of the wave. I am so pumped to achieve something that no one thought possible and that I was told couldn’t be done.” Equipment? A helicopter, a jet ski, a buoyancy vest tricked out with LED lights, and a surfboard  laced with submarine lighting built for NASA. Check out the video to see Mark’s impressions and spectacular wave taming. – via The Sly Oyster 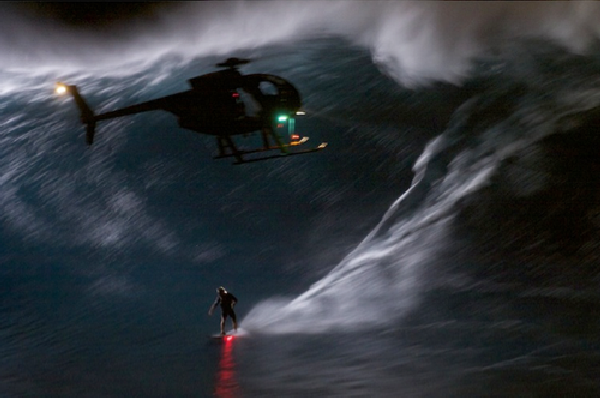