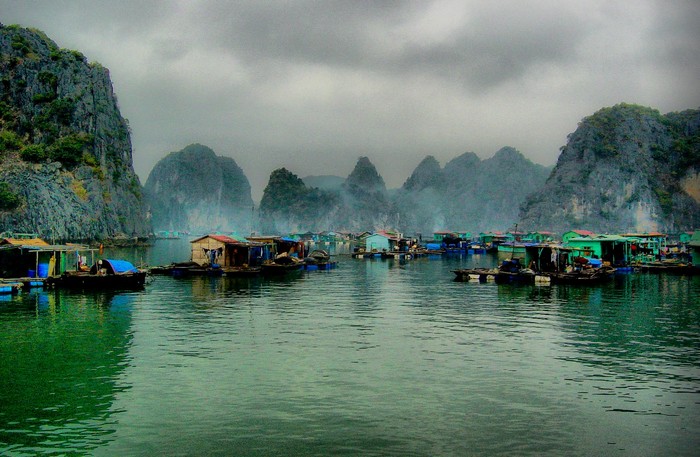 Ha Long Bay is a perfect destination for travelers who prefer to discover areas enriched by nature-sculpted elements. With its magnificent limestone pillars and the most extensive marine-invaded tower karst in the world, Ha Long Bay is a seascape to witness and remember. 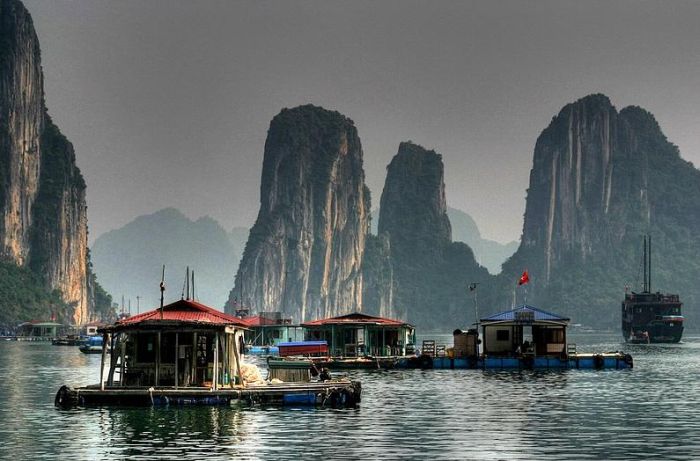 The magical spot is located in Quảng Ninh Province, northeast of  Vietnam, 170 km (105 mi) east of Hanoi. In the bay can be found around two thousand tall, rocky islands and islets and nearly all of them are not inhabited. Less than half of the islands have been named, most being based on the islands shape, for example Voi Islet (elephant) or Ga Choi Islet (fighting cock). Ha Long Bay also hosts offshore coral reefs, freshwater swamp forests and mangrove forests.

In the present times, a community of around 1600 fishermen live in four floating villages. They make a living from the waters that contain 200 species of fish and 450 different kinds of mollusks. 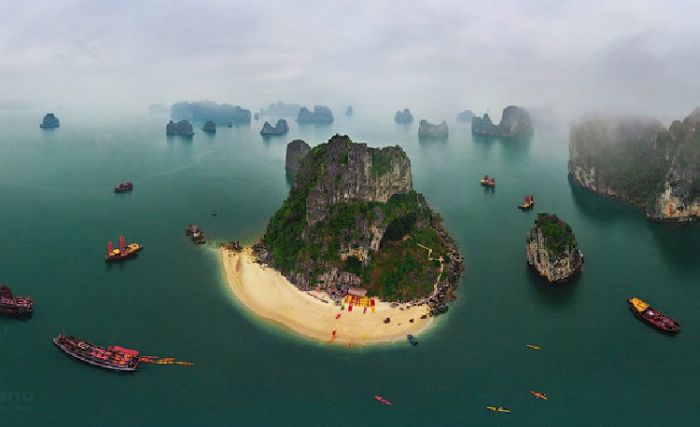 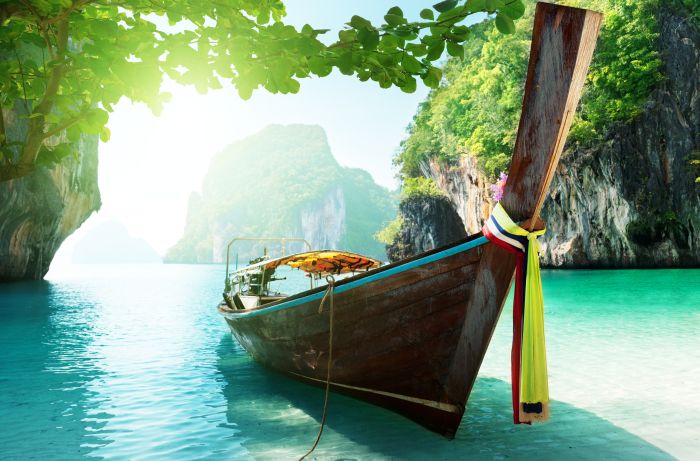 In Ha Long Bay there are two bigger islands, Tuần Châu and Cát Bà, that host permanent inhabitants. There are various tourist facilities here, and frequent boats that carry tourists to the numerous beaches from the smaller islands. Other special places to discover are the Cat Ba National Park with its vast diversity of plants and fauna, and Sung Sot Cave which is the most spectacular and largest cave in the region.

Best to visit: The weather is typical for tropical coastal climate, with two main seasons all year around. From April to September it is often hot and humid and from October to March the weather is cooler. The best time to visit Ha Long Bay is between March and June. 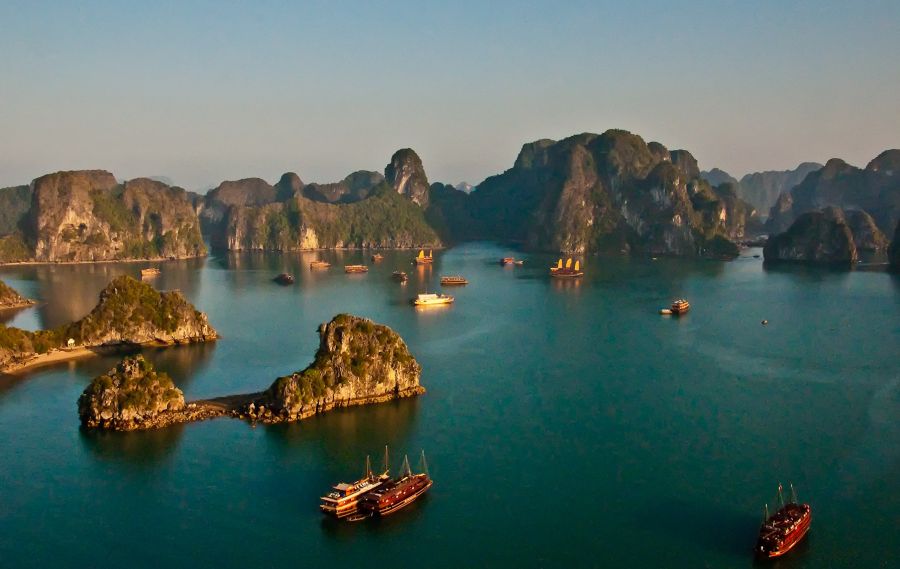 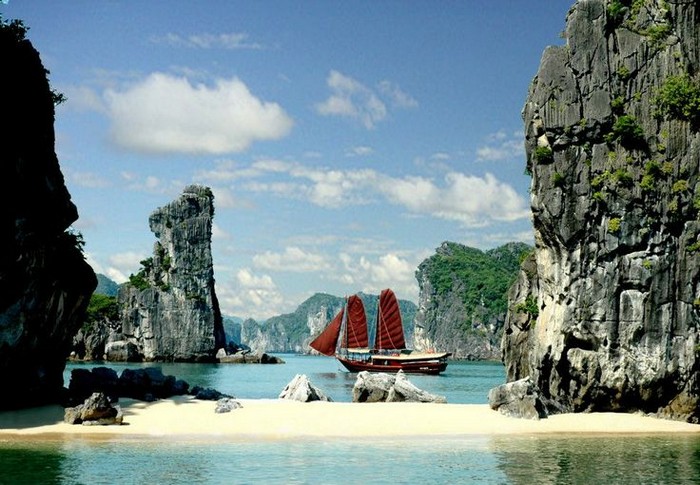 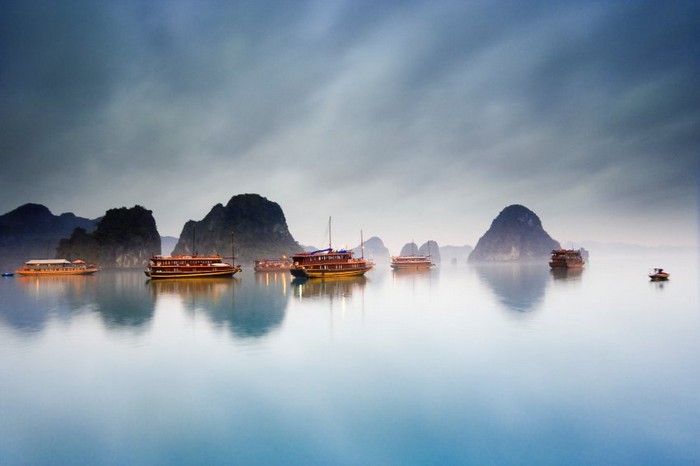 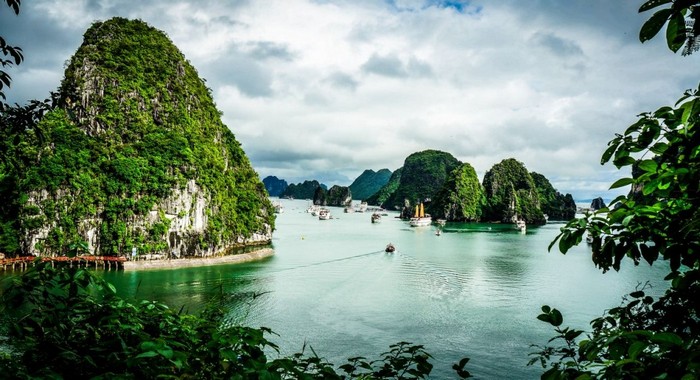 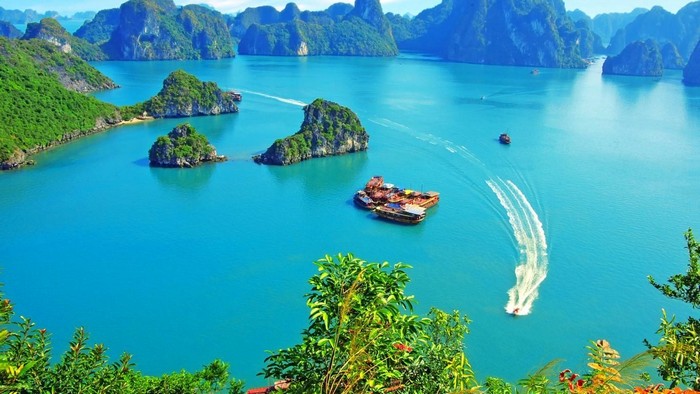