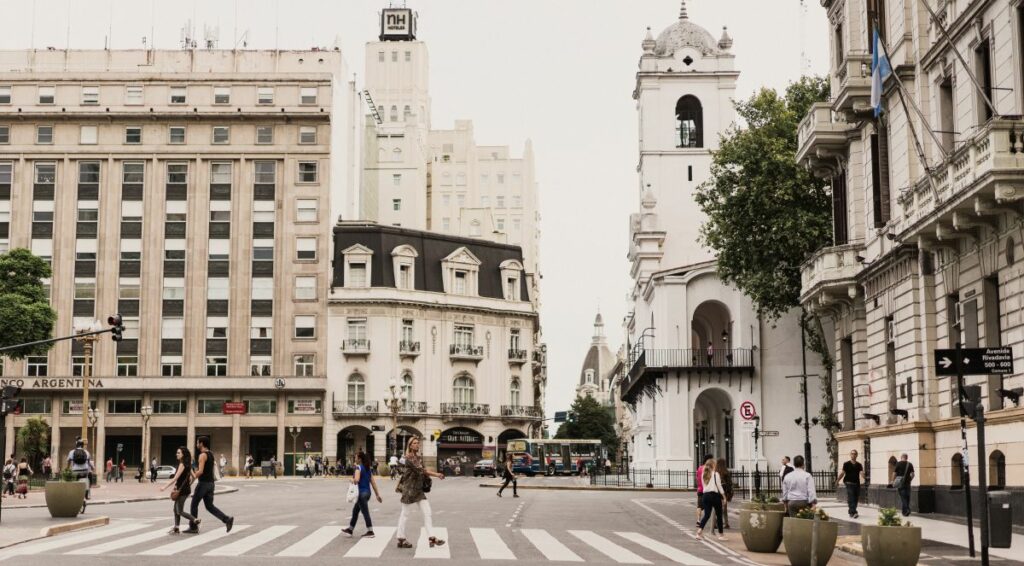 Is Buenos Aires the best destination in Argentina?

Argentina is one of the most important touristic destinations in South America. According to the World Data internet site, the country received 7 million tourists in 2019 and reached the 28th position worldwide. Also, the same source states that it is the 4th destination on the continent, and the touristic sector is responsible for 0.44 % of the country’s Gross Domestic Product (GDP).

There are many reasons to explain why Argentina is so attractive to travelers. Its diverse geography, including deserts, jungles, ocean beaches, mountains, and rivers, attracts many outdoors lovers who want to experience the beauty of Argentinian landscapes. But also, several travelers feel attracted to Argentina’s cultural, artistic, and architectural heritage and cuisine.

Among the many Argentine places that are worth visiting, Buenos Aires stands out as the most visited city in the country and the continent. Known as the “Paris of South America”, the Argentine capital receives around 2.77 million international tourists worldwide.

Visitors sometimes choose Buenos Aires as a city to settle down and explore the rest of the country. It is common to arrive in the country and start a Spanish course in Buenos Aires to improve Spanish skills before traveling to other nearby destinations, such as Mendoza, Jujuy, Salta, Misiones, or Patagonia.

Many Spanish language schools in Buenos Aires welcome a student from all over the world with programs designed to quickly improve their skills and allow them to get a fully immersive experience while staying abroad.

If you are planning to visit Argentina and want to know a little bit more about Buenos Aires, keep reading to learn about what the Argentine capital city has to offer and why it is one of the unique destinations in the world.

Officially named the Autonomous City of Buenos Aires, the Argentine capital city is the largest in the country, with around 3 million and 13 million inhabitants in the Greater Buenos Aires area.

Buenos Aires is a political, economic, cultural and educational center of the city and the continent. It holds the national government headquarters and almost all national administrative institutions.

Its weather is considered humid subtropical, with marked differences between the four seasons. Summers can be hot and humid, with short hot waves during December, January, February, and, in some cases, March, while winter is cool, with chilly nights and cold spells coming from the south. Spring and autumn are known for their unpredictable weather. During most of the year, the climate is primarily temperate, which means extreme temperatures are not usual.

Public transportation service is outstanding, with a net of subways, trains, and buses that can reach almost every corner of the city for a pretty affordable price.

Regarding COVID-19, the city has a high rate of vaccinated population, and the use of a mask is no longer mandatory, thus recommended when indoors.

Along with the many incredible places and things to do in Buenos Aires, there are some must-see attractions you shouldn’t miss when staying in the city.

Designed by Francesco Tamburini, Victor Meano, and Jules DOrmal, this majestic opera house is one of the best in the world for its architecture and acoustics.

Located in the neighborhood of Tribunales, near the downtown area, this opera house can be visited every day from 11 to 16:45 hs, through a guided tour to discover its every corner.

Also, tickets for the season concerts can be purchased through the website.

One of the most picturesque strolls of Buenos Aires is Caminito, a street museum located in the district of La Boca. It represents the lifestyle of immigrants who inhabited this portside area during the 19 century.

First, Caminito tailed a stream that dried up and was later transformed into a railroad route but was abandoned until the 1950s, when the neighbors recovered the area.

Currently, Caminito has become a tourist attraction, with many works by Argentine artist Quinquela Martin being exhibited, restaurants, tango shows and streets filled with artists.

Located in front of the mythic Plaza de Mayo, the Catedral Metropolitana is the core of the Catholic Church in the country and was where Pope Francis performed mass as Archbishop Jorge Bergoglio.

The cathedral’s unique architecture results from a turbulent past, with many building projects shattered and a long building period lasting from 1593 to 1850.

Aside from admiring its stunning architecture, a Pope Francis Museum is presently created in honor of the former Archbishop Jorge Bergoglio, in which his personal effects and liturgical objects are exhibited.

Considered one of the most diverse and rich neighborhoods of Buenos Aires, La Recoleta offers a a large array of experiences. From fine arts and street food, to elegant palaces and indie boutiques, this is a walkable neighborhood that deserves to be detail.

However, the main point of interest for many travelers is Cementerio de la Recoleta, one of the most exotic places in Buenos Aires and one of the most unusual cemeteries in the world, with almost all graves built above the ground. This cemetery is where the most notable people of the country rest, including Eva Perón.

It is recommended to use a map because it is easy to get lost within its winding roads, and there are many must-see graves that you shouldn’t miss.

Museo Nacional de Bellas Artes is also a must see in La Recoleta for art enthusiasts, with featured collections from Monet, Titian and Rembrandt.

Buenos Aires takes a special place within the incredible attraction of the country. Its vibrant atmosphere, exquisite cuisine and nightlife, and several cultural highlights are why no one should miss this capital city. However, Argentina has so much to offer, so whether or not Buenos Aires is the best destination in the country really depends on the personal traveler’s appetite for either city life or nature retreats.