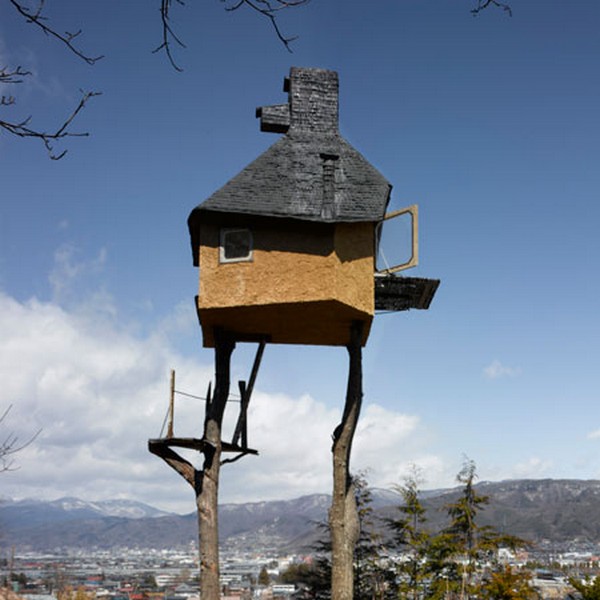 When was the last time you truly enjoyed a tea break?  For us having tea serves as a daily ritual (well, as daily as possible ), filled with good vibrations and attempts to slow things down and be “chill”. These odd looking tea house was built on two chestnut trees and serves as a refuge for the owner- academician and architect, Terunobu Fujimori. According to the architect, a teahouse is “the ultimate personal architecture”. The name of the charming project is “Takasugi-an’ which means, “a tea house [built] too high”. Located in Chino, Nagano Prefecture, the structure is typical for Japanese architecture and especially for Fujimori’s work. 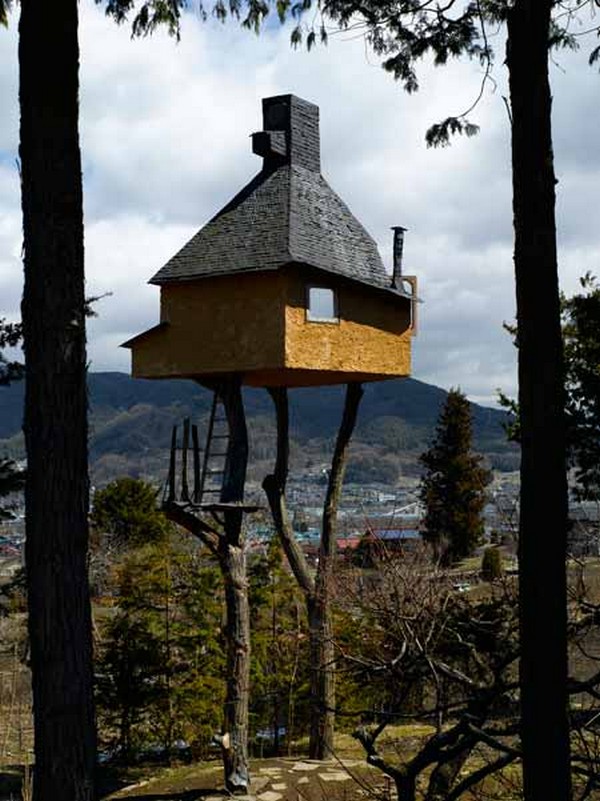 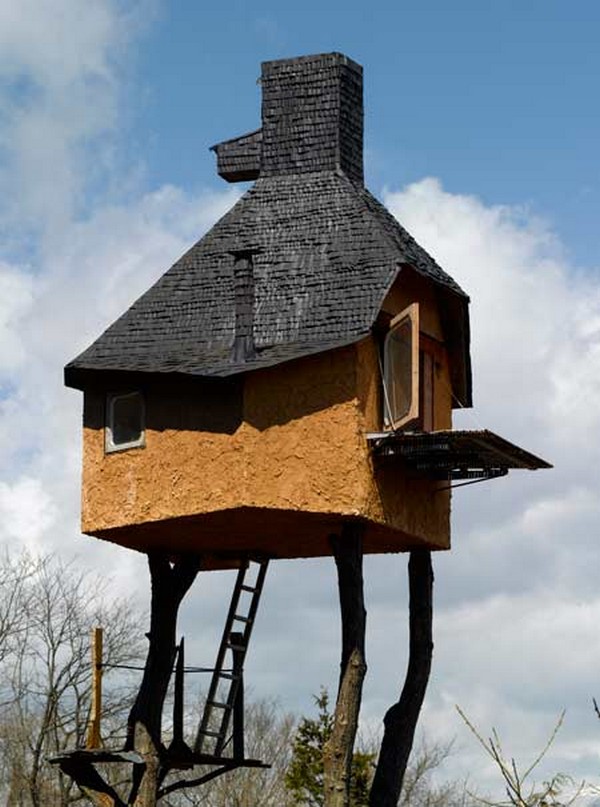 Here is more information about this project, written by Yuki Sumner: “Its extreme compactness, which would at most accommodate four and a half tatami mats (2.7 square meters) or even just two tatami mats (1.8 square metres) of floor space, makes it feel as though it were an extension of one’s body, like a piece of clothing. Following this tradition, Fujimori decided to build a humble teahouse for himself and by himself over a patch of land that belonged to his family. Takasugi-an, which literally means, “a teahouse [built] too high,” is indeed more like a tree house than a teahouse. In order to reach the room, the guests must climb up the freestanding ladders propped up against one of the two chestnut trees supporting the whole structure. The trees were cut and brought in from the nearby mountain to the site.” [photos by Edmund Sumner, via Dezeen] 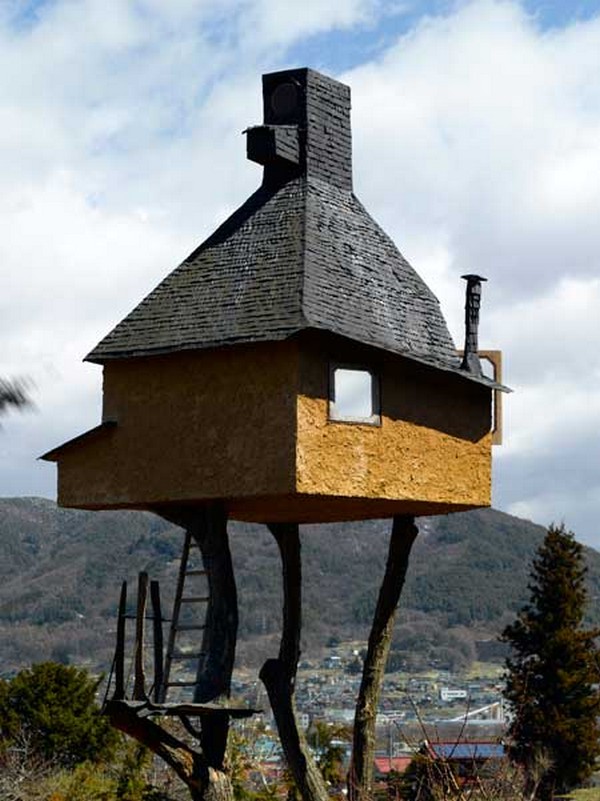 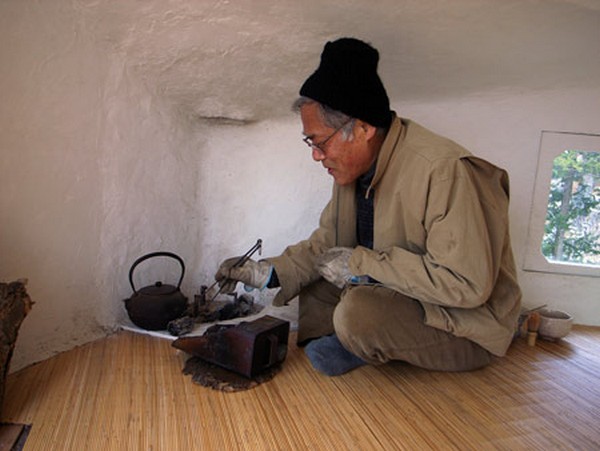 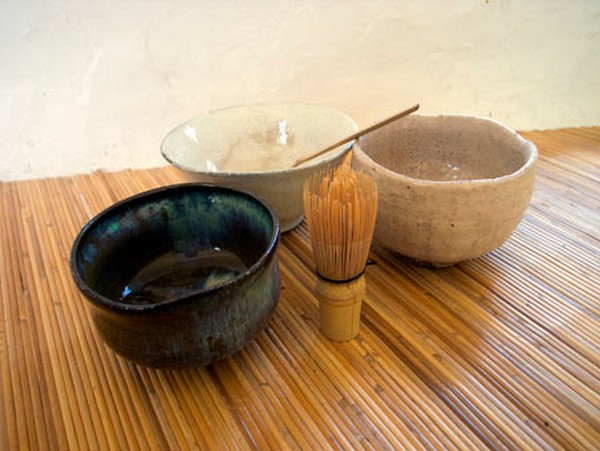 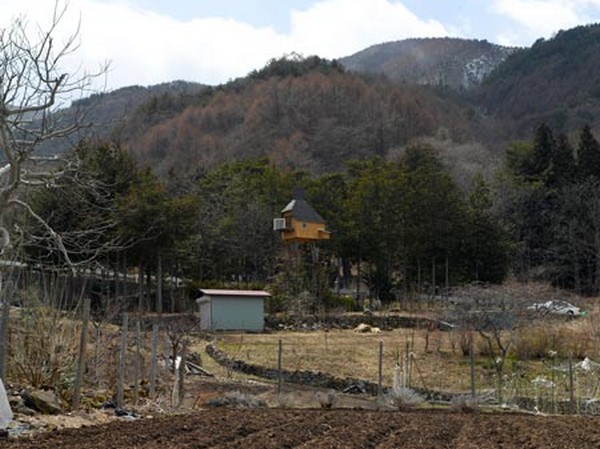