Alaska is no stranger to luxury or extravagance. Despite having one of the smallest economies in the US, it has one of the highest per capita income figures for any state. Combine that wealth with breathtaking examples of natural beauty, and it’s easy to see why ‘The Last Frontier’ is such a sought-after holiday destination.

Whether you’re enjoying private jet flights or exclusive tours, the picturesque landscape and premium hospitality of Alaska can turn your journey into an unforgettable experience. With that in mind, read on to find six of the most luxurious holiday destinations in Alaska in 2022. 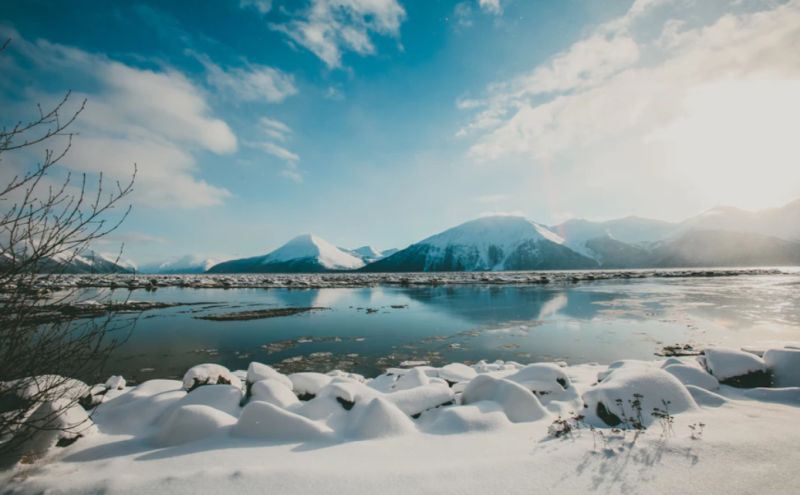 When it comes to elegant accommodation, you can’t go wrong with the city of Anchorage. There are dozens of luxury resorts and hotels to choose from, a near-endless list of worthwhile activities, and enough fine dining options to satisfy any food connoisseur.

Anchorage is the largest city in Alaska, but don’t let its size fool you; despite how well-developed the city is, nature is never more than a stone’s throw away. From Chugach State Park to the Turnagain Arm, there’s definitely no shortage of natural beauty.

If you want to explore the Alaskan wilderness without sacrificing the conveniences of modern city living, Anchorage is by far your best bet. In fact, there’s so much on offer in the city alone that it’s practically impossible to see everything in one trip.

During the summer, thousands of tourists visit Juneau on a daily basis. The city is a popular cruise ship destination but there are no roads connecting it to North America, making it far more isolated than other major cities in Alaska. 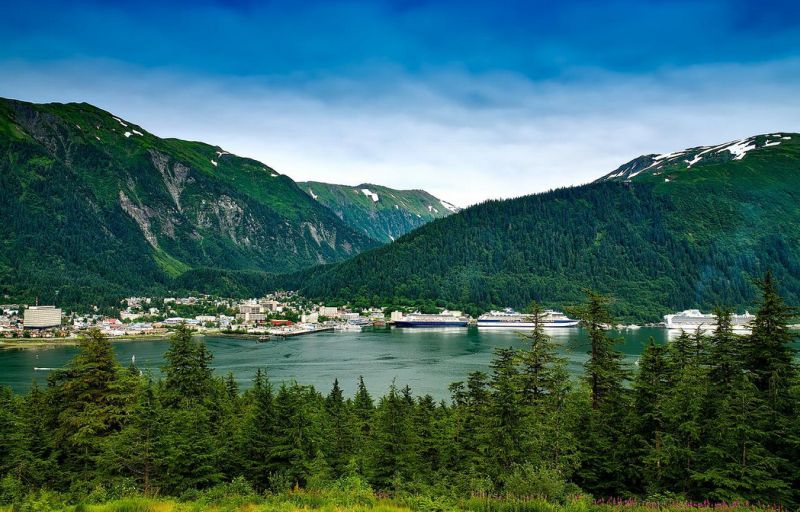 Juneau is well-known for the Mendenhall Glacier, a stunning geological wonder that offers multiple hiking trails in the surrounding area. There are also plenty of other activities available around the city, such as dolphin and whale watching, tours, and tram rides.

As its capital city, Juneau is a cultural epicenter of Alaska. There’s a rich history behind its development and it’s home to the annual Alaska Folk Festival, as well as several other major Alaskan festivals.

Ketchikan is the ultimate getaway for an authentic experience of Alaskan culture. It’s a relatively small city and incredibly peaceful, with a thriving fishing industry that has gone as far as naming itself the “Salmon Capital of the World”.

Hiking on one of the city’s many trails provides a great opportunity to see some of Alaska’s majestic wildlife, such as bears, bald eagles, and mountain goats. There’s an ample selection of restaurants and gift shops, and the local cuisine is to die for.

The city is predominantly surrounded by thick rainforests, with the Ketchikan Creek running through the main part of town. If you do plan on visiting then take a raincoat with you, as the weather tends to be more wet than dry on most days.

Lying at the northernmost edge of Resurrection Bay, Seward is a secluded city that’s just over 100 miles south of Anchorage. Like many of Alaska’s cities, it’s completely surrounded by nature, with majestic mountains to the east and an ice field to the west.

That ice field is known as Harding Icefield, a 700-square-mile area covered in glacier ice. Part of the field lies within the Kenai Fjords National Park, a sprawling ecosystem with an abundance of wildlife. Clearly, Seward isn’t exactly your typical luxury destination.

Its hermit-like location may put some travelers off, but to others, the serenity of the city is far better than the hustle and bustle of somewhere like Anchorage. Regardless of which experience you prefer, both cities offer ample amounts of luxury and comfort.

Fancy a flightseeing trip? Talkeetna is a mere 60 miles from Denali, North America’s tallest mountain peak. The town is also the main staging area for climbers, but the views from an aircraft are worth your time even if you aren’t into mountaineering.

Chartered tour flights go out on a regular schedule, with most trips being suitable for small groups and families. Denali isn’t the only thing that brings visitors to Talkeetna though; it’s also one of the most cosmopolitan towns you’ll find in Alaska.

From artisan ice creams to eclectic furniture styles, locals take immense pride in the diversity of culture that permeates the town. There’s simply no other place like it in Alaska, making Talkeetna an essential stop on any Alaskan travel itinerary.

Whether we’re talking about riverfront restaurants and their delectable menus, or the opulence of its hotels and hospitality, Fairbanks has everything you can expect to find in a luxury travel destination.

No matter what time of the year it is, Fairbanks is always around the corner from a natural phenomenon. In the summer, the sun shines for almost 24 hours per day, while in winter, the northern lights illuminate the night sky with intense bursts of vivid color.

There are public tours, private tours, and many other activities in the town. However, Fairbanks is also the last stop before the Arctic region, which makes it a strategic stop for sightseers and explorers who are looking to venture further north.

A Guide For Chartering Yachts in Thailand

Surprising Things You Should Know Before Visiting Dubai

How to Plan and Enjoy Caravan Camping Trips