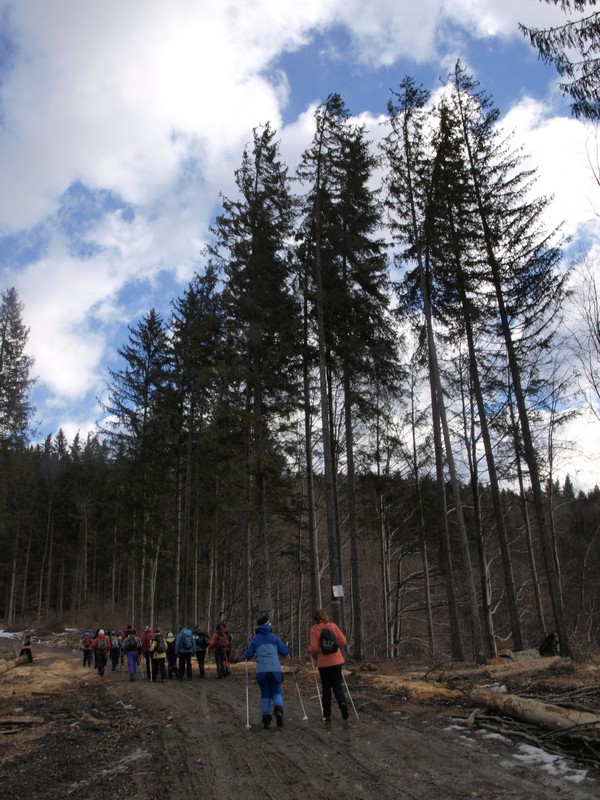 When moving from one city to another (why else but for educational purposes? ), a nature freak should always remember to CHECK FOR MOUNTAINS in the area! Else, she (yes, I) might end up traveling by train about 700 kilometers just to get to the starting point of a climb.

[ Irony aside, Romania has plenty of beautiful mountains and I did check a map before moving as far away from Bucharest as this country allows, but for no apparent reason, it was easier for me and Tudor to travel 700 km to the starting point, that convincing 40 people to come to us… Also, the trip was a great chance to get in touch with some of our friends and the reason we left Timisoara in the first place.]

One of the FUN parts of the trip was that we (I will from now on refer to me and Tudor as “we” because it’s easier that way) had to catch the train right after our last exam , so no way we got in the station tired. On the contrary, we were sooooooooooo excited to sit in a crowded train for 8 hours.

Equippment (for one day hike):

We arrived in Bucharest at 6 a.m., an hour we were not at all familiar with. Two burning teas later and we rejoiced at the idea of taking the Bucharest-sad-faces-subway to the meeting place.

We were the first there and decided to walk around for a bit when cheerful crowds started to appear out of nowhere (some of them even came by subway). The group started to get bigger and bigger and judging by the skiing suits, more colorful by the minute. We found ourselves oddly awakened and we soon got in the mood to shake many hands and remember a lot of new names. We even made some up and started to subtly whisper them around, wondering if we would get an answer in return from someone who was actually named that way, but there was no “Viorel” in the group as far as we know.

When all of us were in formation, we jumped in the minivan and guitar-sung our way to the climbing point. We got there at 9 a.m., strangely invigorated and relatively ready to go up.

The organizer of the tour (Ioan) had told us it was and I quote “a pretty easy” trail, so we were actually not worried about having stood indoors for the last two months. I, in particular was quite amazed of my “physical  shapeliness” through the first part of the road, a smooth path, with barely a noticeable rise (OK, it was a plain forest road).

About two hours later, all hell broke loose. For no apparent reason, the path started going up and upper, and so did everybody in the group. Tudor was not at all surprised by this, as he was jumping around while climbing with the ease of a [male] feline. I will not lie, the first hour of going up was a huge challenge, but once that was over and my breathing started being constant, peacefulness took over.

I couldn’t help but noticing how “tight” the group was through the first challenging part and even though it was probably hard on some of them, we managed to go further and further. [Read in Bear Grill’s voice]: Perseverance is a lesson you have to learn on the mountain, especially when in a colorful group with a crazy “leader”.

I love forests, but I admit I only love them for 2 or 3 hours tops when I climb. Once on the mountain ridge, the views are much more spectacular and diverse. In this particular case, I felt like loving the forest for the whole day, because I knew once we were out of its nest, wind would get the best of us.

And so it was. The most powerful wind I have ever felt and we were facing it with the stubbornness of 40 ranging COLORFUL bulls. Trekking sticks were floating, scarfs also and some of our jackets started making odd noises. We had to walk two by two, or else…well. 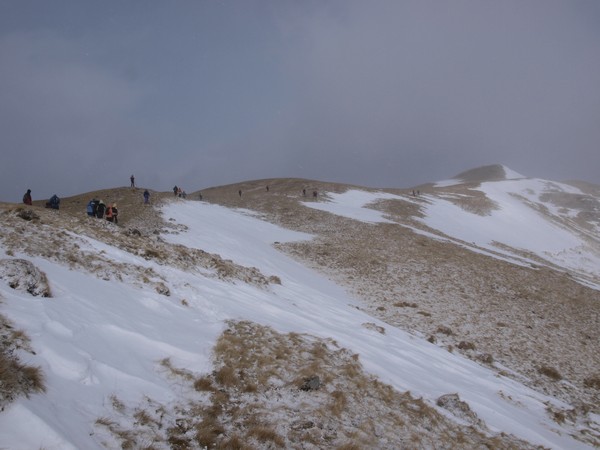 When we reached the top (cause we did reach it! )… 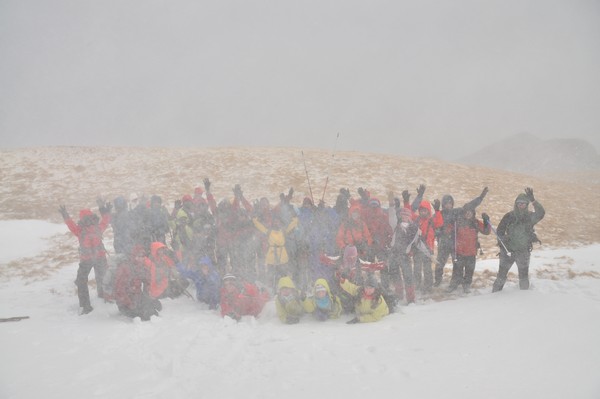 Everybody was saying how sad it is that we had no views, but somehow everyone was laughing. In the photo above, we are not actually on the top, but a bit behind it, where the wind was not as powerful. Some of the people considered this a bit lame and went on the peak to be photographed, I was rather fine with situation 🙂

Going down was a piece of cake. Descending always is. Only because you have what to compare it to. 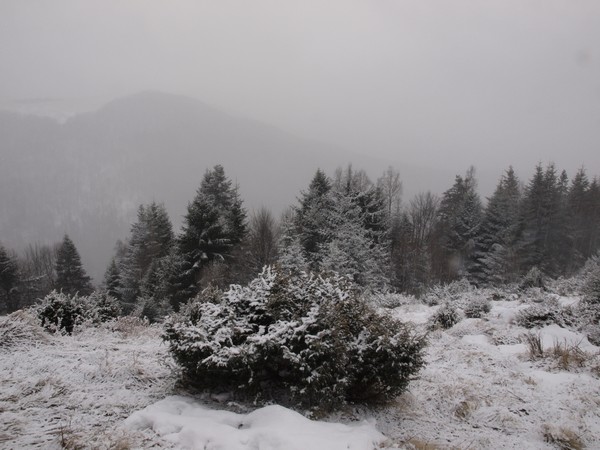 We reached the starting point before dark, which was good, because one can only take so long with wet shoes. I personally fell asleep while listening to crazy and funny jokes fading out in the minivan. The group headed back to Bucharest, but noooo, weee…still had another train to catch to Brasov.

Come night, we found ourselves tucked in a friendly Brasov home filled with warmth, even though we only had 12 degrees Celcius – the first night. Misha was THEE perfect host and served us the best food. And also taught us how to make friendship bracelets:D 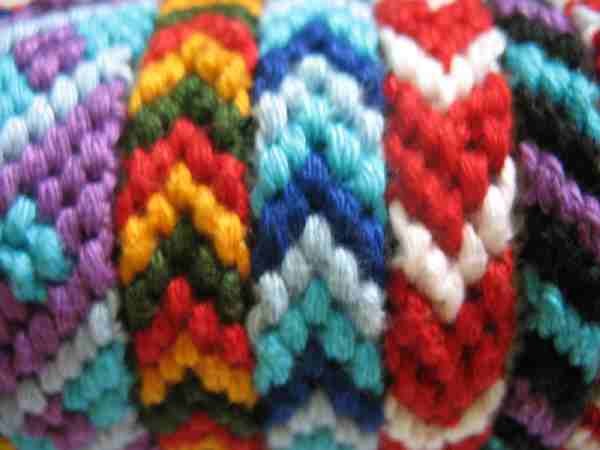 …an activity that couldn’t have been more “at hand” during our 11 hour-train ride back to Timisoara.

P.S. : We would like to thank all the “riders in the wind” for… riding and we hope to meet each and everyone of you soon. The organizer outdid himself and got nothing but praises all through last weak from everyone in the trip, Some of the photos in this post don’t belong to us, so if any of you want your name mentioned, or photo removed, please give a sign.  Otherwise, rock on as you did February 12! : )

Six Websites That Will Help You Find Free Accommodation 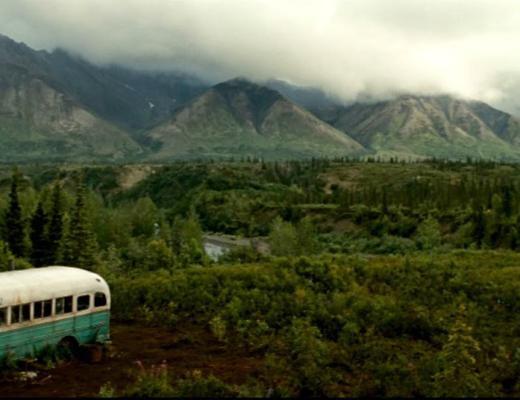 10 Step Survival Guide For Getting Lost in the Forest 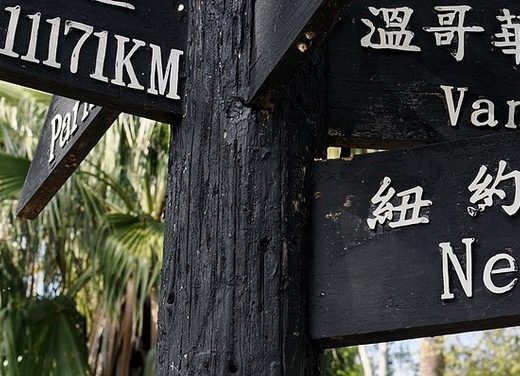 7 Things New York and Vancouver Have in Common