The charm of Lithuania lies in its untouched forests, secluded beaches, original cultural venues and other hidden places.  Thinking outside the popular things to do in Vilnius, Klaipeda, Kaunas, we decided to present the less known side of the country. To make your vacation extraordinary, here are the top 10 hidden places that you should visit during your trip to Lithuania.

The Kulgrindas are underwater roads that were known only to the locals and were undetectable from the surface. The roads were built across swamps and were mainly used as an escape route for defense from foreign invaders. There are about 25 Kulgrindas found in Lithuania, so depending on your travel itinerary you can add them to your to-do list. However, remember to carry extra clothing and a mosquito repellent as you would definitely need them while crossing the Kulgrindas.

Located in Varena, the Pyramid of Merkine is a good place to visit for experiencing healing and spirituality. Once you reach the place, you will see three crosses that lead to the dome and pyramid, where you can spend some time meditating. It will help you to remove all negative thoughts from your mind and make you feel relaxed and peaceful. Before leaving, you may carry some energized water from here for drinking or using it externally to enhance your energy levels. 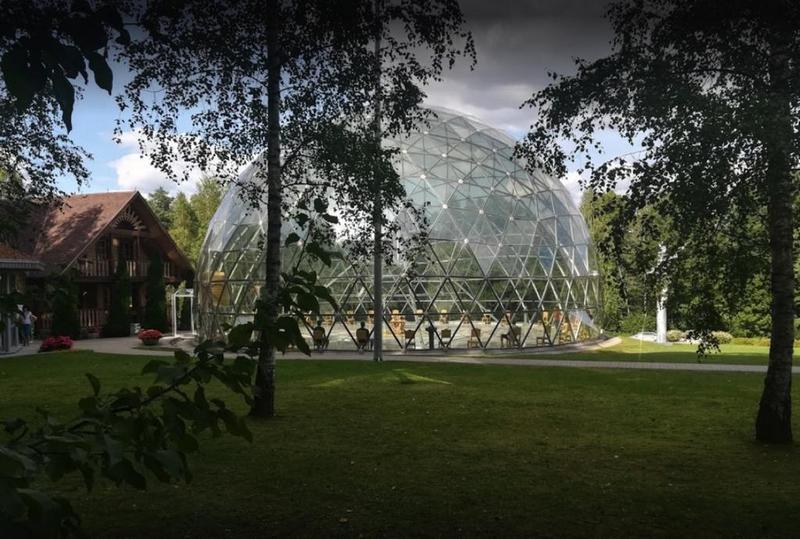 The Kaunas Fortress is the remains of a fortress complex in Kaunas that was used as the largest defensive structure during World War I and World War II. The fortress consists of several forts that can be explored by booking guided tours. Some parts of the forts have been renewed and exhibit technology that was used in wars by military forces. Some forts like the first and fourth have plenty of bat population, so they remain closed from October to April. Your guide would be able to help you out and take you to the fort that is perfect to visit during your trip.

The pan house is located in the lovey town of Zagare. The owner of the house wanted to renovate his home but since the neighbors sharing the building were not interested, he started placing metal pots and pans on the roof, in the interior as well as the exterior of the house to give it a unique look. At the present, the house is covered with over a thousand different shapes of plates, jugs, and other household objects. Every individual passing by the house stops to have a look at this unique pan house. 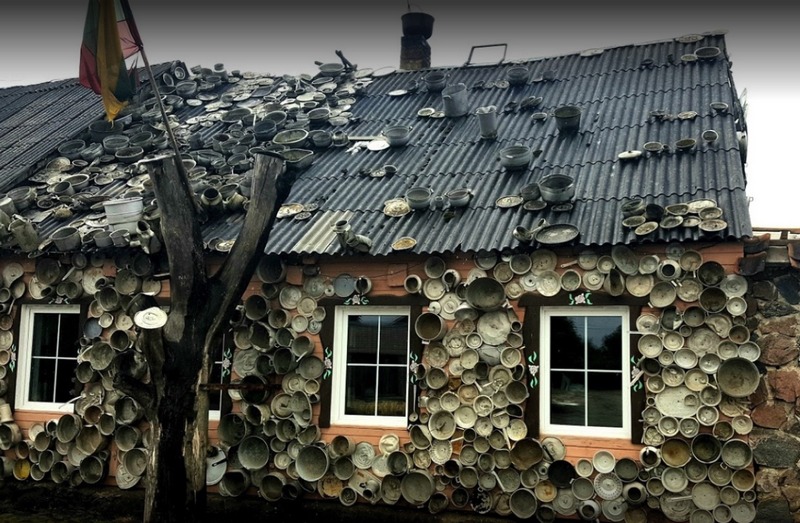 The Dutchman’s Cap is a hill that is located near Karkle on the Baltic Sea coast. The cliff emerged 24.4m from the sea and is constantly been eroded by the waves, which makes it descend to the seaside at a 20-22 meter height. In the old days, the hill was used as a navigational guide by various fishermen and sailors. 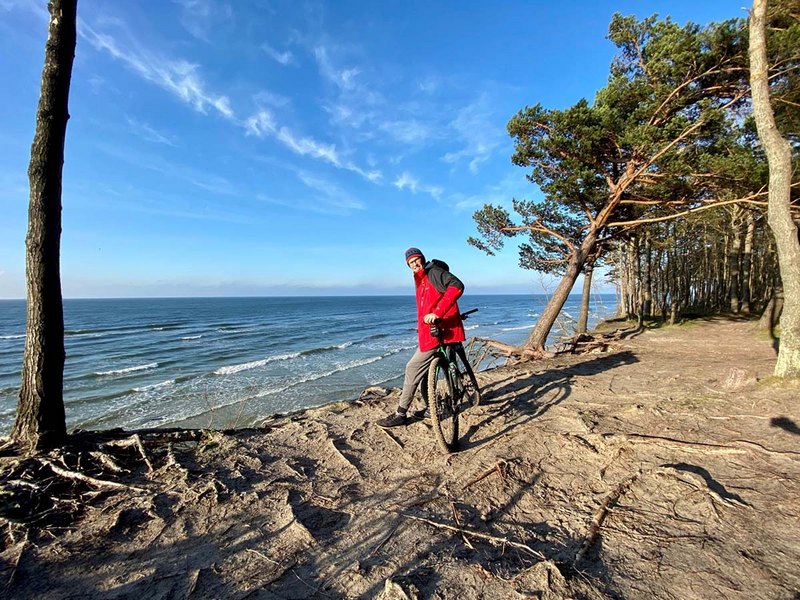 Plenty of pine trees were planted on the hill to make it look different from the sands all around. Locally known as Olando Kepure, the Dutchman’s Cap is the hidden gem that you would enjoy exploring. Don’t forget to carry your cameras to click beautiful views of the Baltic Sea from the cliff. If you happen to visit Lithuania in the month of August, then you can even participate in the Karkle Live Music beach festival out there.

Located in the city of Salantai, the Orvidai Homestead Museum comprises of innumerable artifacts made up of stone and wood. It is an open-air museum with large collection of antiques including a tank. The entrance tickets to the museum cost 4 Euro per adult and 3 Euro for students. There are few months of the year when the museum stays closed, so it is advisable to check their working days before planning a visit to this remarkable triangular shaped museum.

#7. Kaunas Museum For The Blind

Situated at the basement of St. Michael the Archangel Church, the Kaunas museum has been created especially for the blind and partially-sighted people. The exhibits at the museum are completely invisible and can be explored only by using senses of smell, touch, and hearing. Entrance to the museum is free for blind and is open only on weekdays. Ticket prices are 3 Euro for adults and 1.5 Euro for children, seniors, and students.

If you are planning to visit Klaipeda, you can rent a bike to reach Šventoji while viewing the beautiful nature all around. Along the way, you can visit the Dutchman’s Cap, glacial Lake Plaze, old Curonian cemetery, Nemirseta coastal dunes, Palanga Botanical Park, Amber Museum, and many more attractions. The 40km route with beautiful beaches, pine forests, and romantic sunsets will surely make your holiday a memorable one. 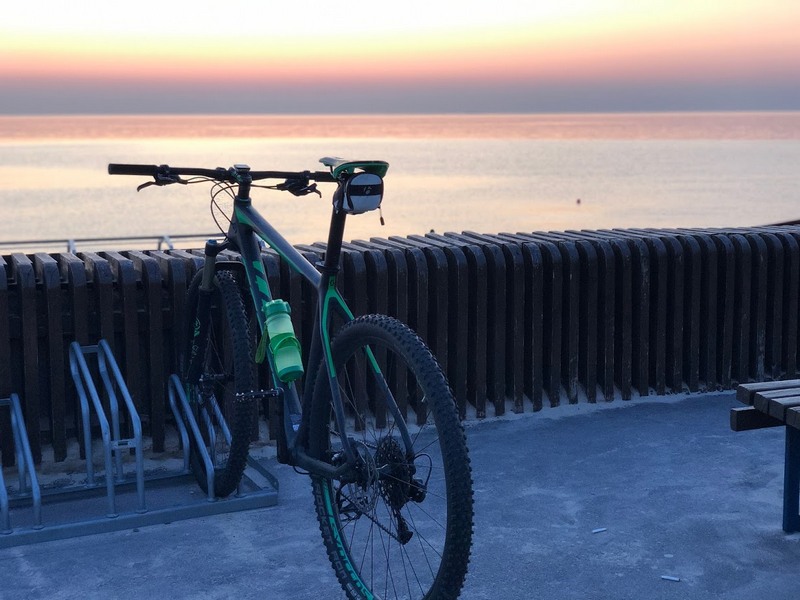 In the village of Plokščiai, an underground military base was built in September 1960 to maintain its armed forces. It was the first missile base of the Soviet Union, but with its collapse, the site was shut down. Later in the year 2012, the site was reconstructed, which now hosts the Cold War Museum. The entrance tickets to the Cold War Museum can be purchased for 5 Euro per adult and 2.5 Euro for children. Since July and August are peak tourist seasons, the entrance fee increases to 8 Euro per adult and 5 Euro per child.

#10. Stroll Along The Dane River

In Klaipeda, there is a beautiful, long, and narrow river park along the Dane River. Several benches are kept for visitors to sit and watch innumerable fishermen doing their daily chores. The permanent sculptures put up along the park are amazing and a stroll along them will make you feel calm. If you are traveling with kids then there is a playground especially designed for little children. There is a vintage sailing boat anchored in Dane River, which is the symbol of the city. While strolling, you will come across several restaurants and coffee shops where you can relax and enjoy the magnificent views. 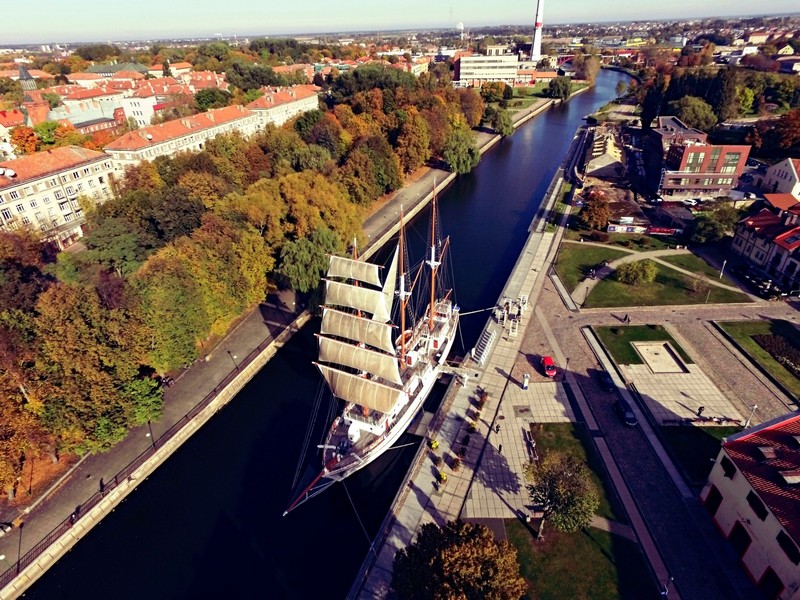 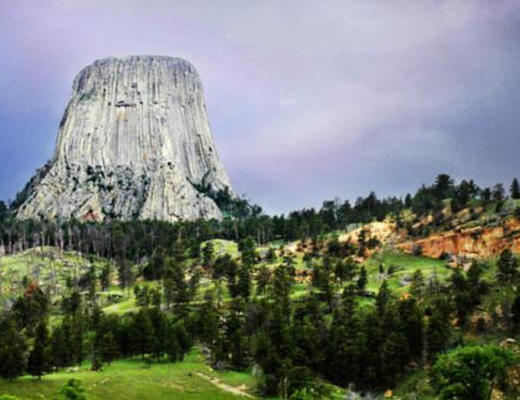