Zakynthos Island is a place where there is a lot to see and a lot to do – hiking, scuba-diving, swimming are just some of the tips we can give you. This is a wonderful choice if you are looking for a holiday to remember. In this post we will concentrate on the landmarks that caught our attention: the Navagio Beach, probably the most spectacular beach in the world, Zakynthos Town and the Blue Caves. 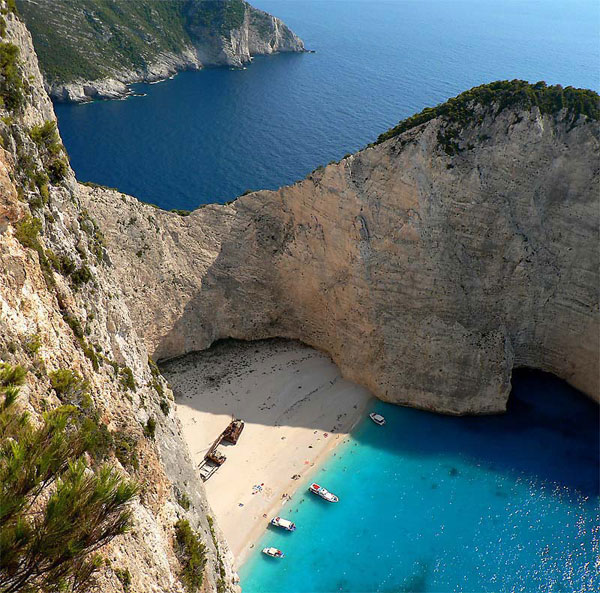 Navagio is one of the most beautiful beaches in Greece. It is located on the north-west shore of the stunning Zakynthos Island (also known as Zante), an Ionian island, the third in length. Navagio is said to be the home of a famous ship wreck, called Panagiotis, which is why the beach is also called ‘Smugglers Cove’. In case you are wondering why the Italian name, it is because Zakynthos was under Italian rule for centuries, which had an important influence on the island’s culture. 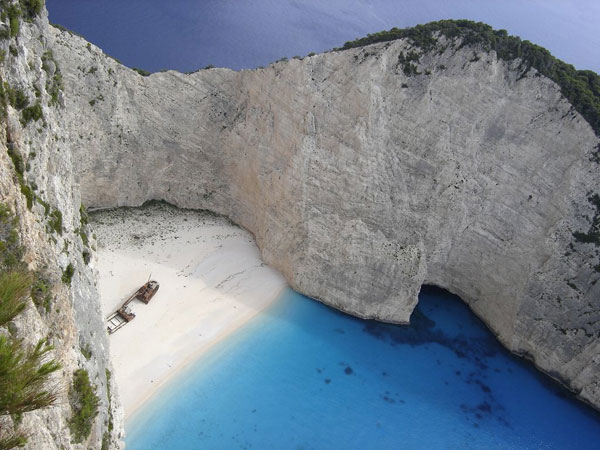 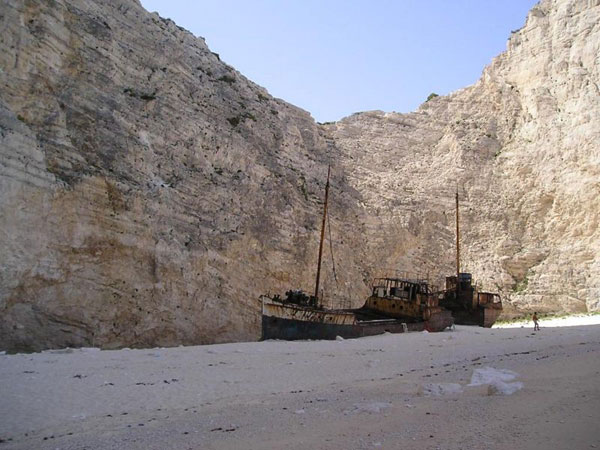 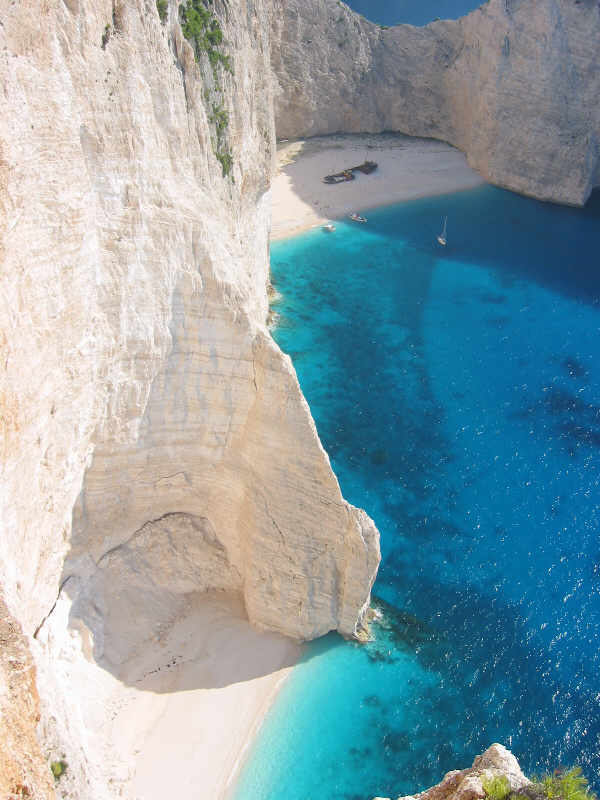 Originally a smuggler ship, which lost engine power in 1981 and was washed ashore in a magnificent small bay. Featured in Greek tourist ads, it is on the west coast and best visited by going there from Porto Vromi. Go there either early in the morning or in the afternoon (>15:00), as in the time between the big around-the-island cruise ships anchor there and the beach is heavily crowded – its not rare to have 20 boats all moored each putting a few hundred people ashore at once. Going there in off-peak times ensures you will have the beach pretty much to your own. 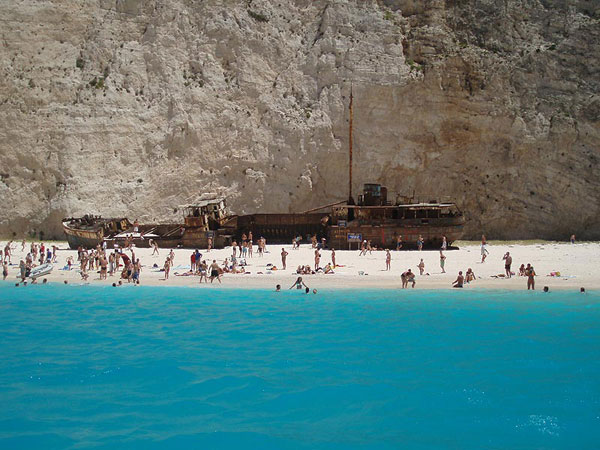 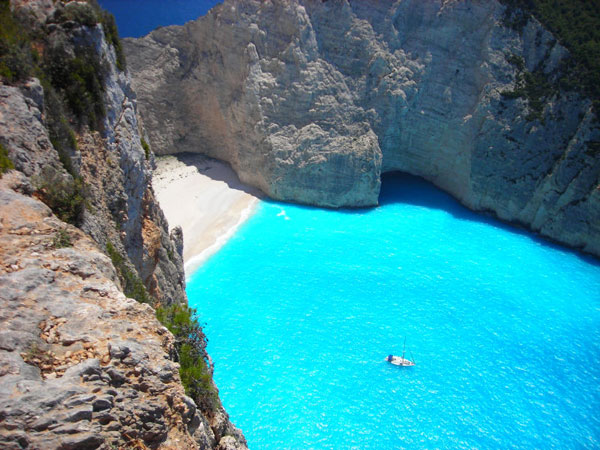 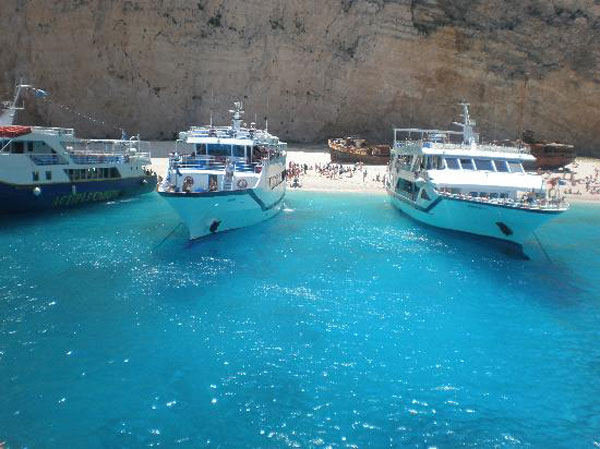 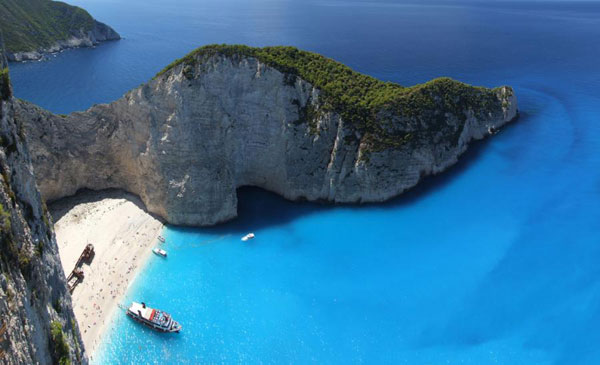 Be aware the wreck is very sharp and its very possible to injure yourself if not careful. For the ultimate picture, follow the signs to the Agios Gergio Kremnao monastery – when you arrive there, use the road to your right to get to a small viewing platform some 600ft above the wreck and is where most of the picture postcard shots are taken from. It can actually be nicer to see it from this perspective than up close and personal on the beach itself. (information from wikitravel) 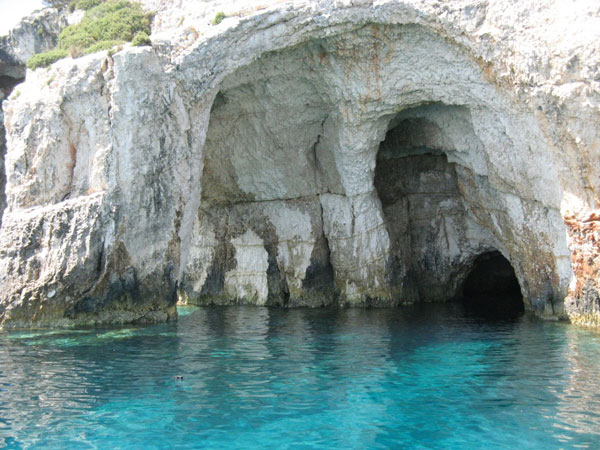 The Blue Caves, Navagio, Zakynthos are a perfect destination for the ones interested in boat rides. There is a video at the end of the post to give you an idea of how they look like. Here is more information from wikitravel:

East of Cape Skinari, on the northern part of the island, are the Blue Caves. A series of geological formations have created the seascape. Natural arches have been carved out by erosion, but these caves are most famous for the color of the water in it’s deepest hollows, a deep azure color which is most striking in the morning when the light is at it’s brightest, hence the name Blue Caves. Kianoun cave is the biggest of the caves. In order to reach there you can hire a boat or go on a tour.

You can’t miss ads by the tour operators. There are actually Blue Caves at 3 locations around the island: 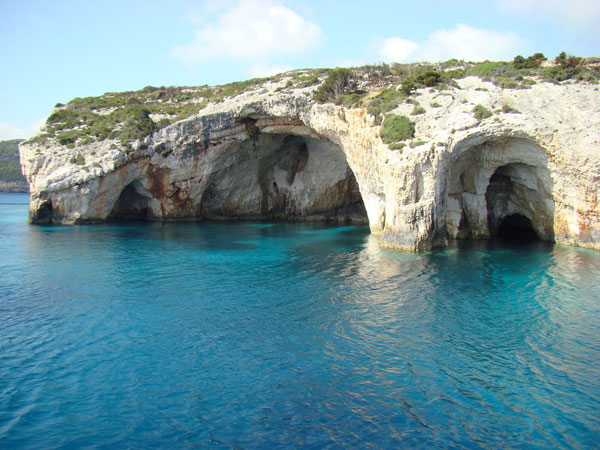 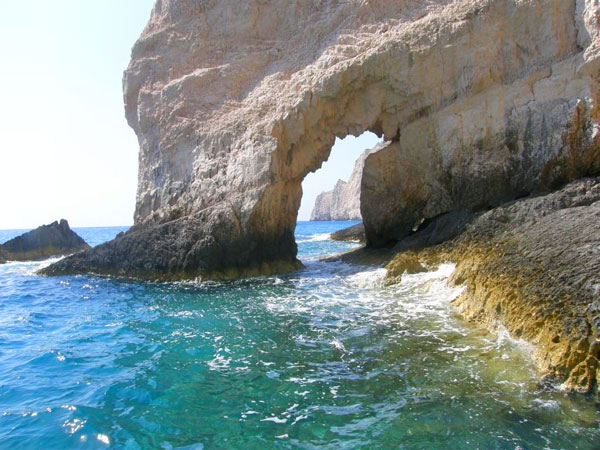 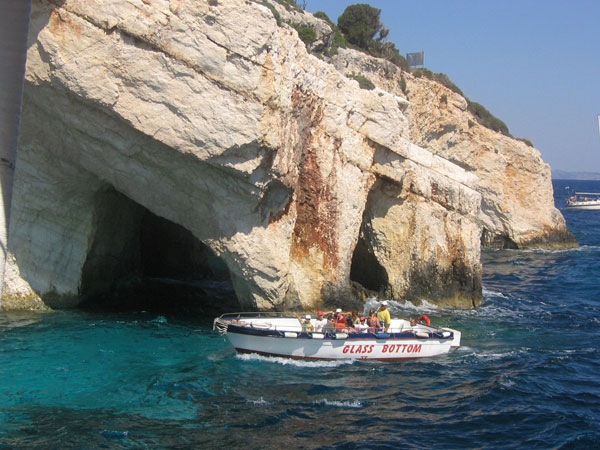 Zakynthos Town is the main city of the Zakynthos Island and an interesting place where you can spend a few days before visiting Navagio. From here you can get to the spectacular beach strip by taking a ferry. Getting to Zakynthos Town, Greece, is possible by plane – there is one airport here that has connections with Athenes and other major cities in the world during summer (airport code ZTH). Have a look at the post below and please give us your feedback, in case you traveled in any of these places. 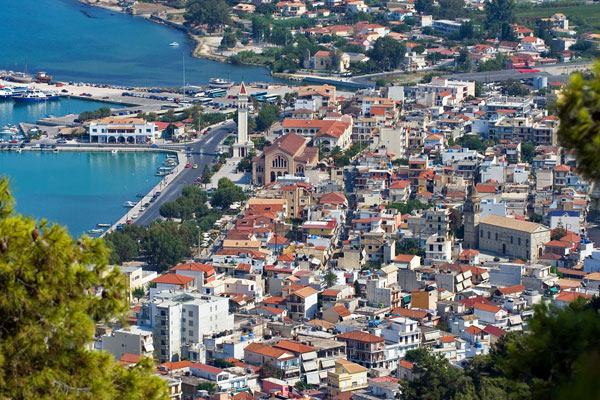 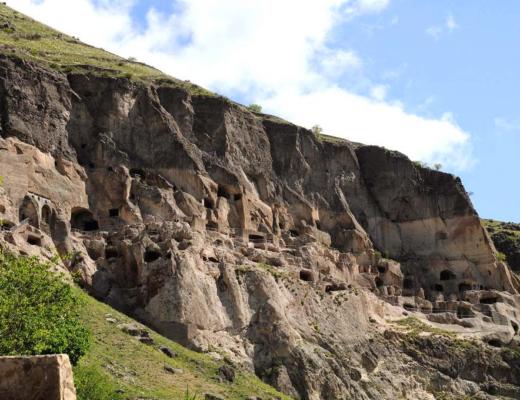 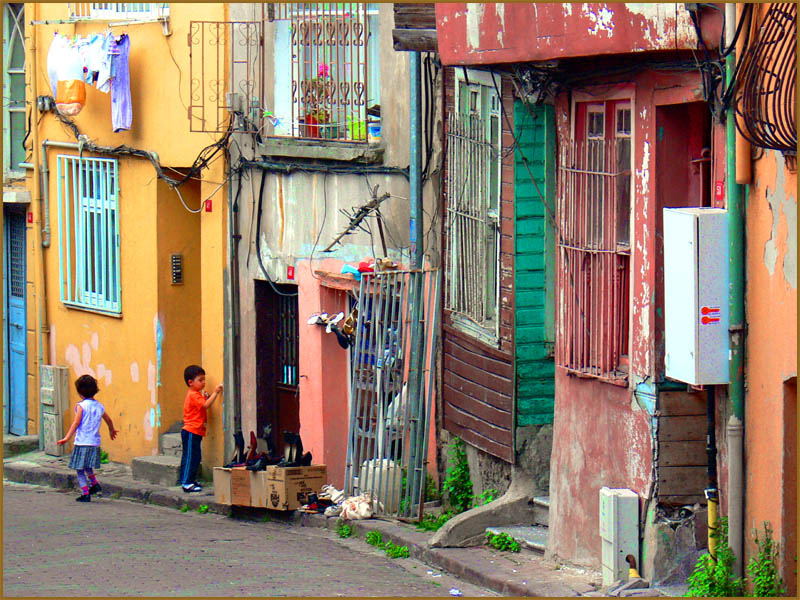