in BEST OF/ Magnetic Places

Ever thought about what Turkey has to offer aside from its famous seaside resorts and the colorful Istanbul? With the country slowly regenerating its tourism after a few turbulent political years, it is now considered ‘generally safe’ to visit these culturally rich lands. However, be sure to read the news on a regular basis when planning a trip in Turkey. As a starting point, you can obtain your Turkey visa here.

In this post we decided to cover 10 of the country’s most beautiful small towns and villages. From ‘slow cities’ and all the way to quaint fishing ports, here are some breathtaking places where you can get away when visiting Turkey outside Istanbul. 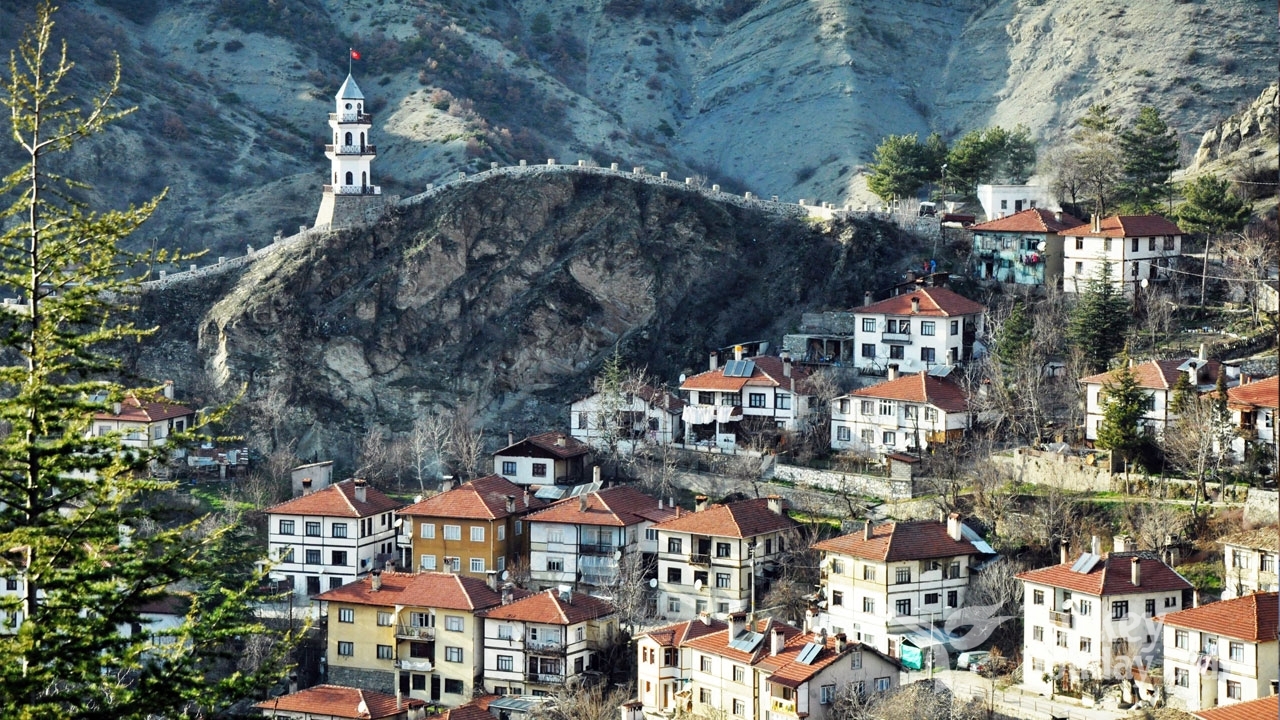 Located four hours away from the bustling Istanbul, you can think of the ‘slow city’ of Goynuk as a leap back in time. This architectural gem is located on the foothills of the Bolu Mountains in northwestern Turkey. Walking through its narrow streets will reveal a remarkably-well persevered Ottoman heritage, as well as endearing customs and traditions such as wood carvings or marmalade making.

The town of Goynuk recently adhered to the Cittaslow list for its peaceful pace and organic food production. Aside from hiking the surrounding hills, one can easily get lost here among the winding small streets or try mimicking a conversation with the colorfully-dressed locals. Hiking is also a fantastic option and for those with a soft spot for water landscapes, there are two beautiful lakes in the region, namely Çubuk (often crowded during the day), and Sünnet Lake (slightly more wild).

The city of Uzungöl is nestled in a beautiful valley, on the coast of the lake that bears the same name. On the other side of the valley, there are high mountains and gorgeous forests, perfectly surrounding the village from all other sides. Consider all these gorgeous natural elements, add a little fog that usually sets in the evenings and it may come as no surprise that this fairytale place has become a real traveler’s attraction in the past few years.

Investors have seen a good opportunity and many hotels and restaurants have recently popped up. However, the influx of tourists has triggered some negative effects as well. An alteration to the lake’s shoreline and a concrete barrier to help protect the surrounding roads has stirred a few angry comments from both locals and environmentalists who claim that now the lake looks very artificial. Some of the most interesting Uzungöl activities include Black Sea and Uzungöl lake tours, which offer insights into the local history.

Taking a closer look at the southwest region of Turkey, in the Aegean Region, we run into the charming village of Gümüslük. This seaside getaway may seem quiet on the surface, but its old and tumultuous history is deeply rooted in the waters of its two bays.

Preserving the beauty and quiet nature of this small fishing village is a long-term strategy aimed at benefiting both the locals and you, the traveler in search of meaningful experiences away from home. There are few hiking possibilities in the region that come with memorable bay views.

The city of Amasya is the proud and beautiful capital of the region that bears the same name, situated in the northern part of Turkey, close to the Black Sea border.

The small seaside city is conveniently located in the mountains above the Black Sea Coast, which gives it the advantage of an inland climate. Its mild weather is good for growing fruit and apples is what Amasya is particularly famous for.

With a rich history of over 7500 years, there is plenty to discover and say about this small town. Often described as “a tale of two shores”, the city flanks Yeşilırmak River with charming Ottoman-style houses and minarets on one side and more contemporary building on the other.

The city’s visiting highlights include the Harşena Castle overlooking the city, a few beautiful and well-preserved Ottoman mansions, as well as tombs of the Pontic kings, dramatically cut into the mountain limestone.

Keeping our focus on the Black Sea border of Turkey, we move into the Karabük Province and visit the small town of Safranbolu. Once one of the most popular growing and trading places of saffron, the town seems to dwell in the memory with its bohemian red-tiled roofs and saffron candy stores. Now, the growing part of the industry moved just a few kilometers to the east in the village of Davutobası.

Upon visiting, make sure you don’t miss the town center also known as known as Çarşı. The meandering paths reveal over 1000 registered historical artifacts, including private museums, mosques, tombs, Turkish baths, a clock tower, a sundial, and hundreds of houses and mansions. All these cultural gems gained the town a place on list of the the UNESCO World Heritage sites in 1994.

On the Southwestern part of Turkey, in the coastal district of the Muğla Province, we find the scenic town of Akyaka. Its beautiful architecture is strictly regulated and consists of a mix of former Ottoman-style houses and modern buildings.

Akyaka is often a place of refuge for those who visit Bodrum or Marmaris and are looking for meaningful day trips. The place is on the list of “slow cities”, for its bohemian lifestyle.

The small town is known for its riverside breakfasts animated by ducklings and geese. It is also a friendly place to get lost in, play backgammon with locals or enjoy the lively fish and vegetable markets.

Kaleköy is a settlement in the Antalya Province of Turkey, neighboring the Mediterranean coast and only accessible by sea. The place is home to a vast archeological site dating back to the Lycians.

Built in the Middle Ages, the Byzantine Castle which overlooks the village once protected the inner streets from angry pirates. Today the fortress houses a small theater sculpted into rock formations and offers mesmerizing views of the region.

Boat tours in the region head to the nearby island of Kekova, unraveling more historic ruins. Snorkeling in the area is a must.

If you travel 100 km west of Ankara you run into the village of Beypazari. The settlement was a point of great importance not only during ancient times, but also during the Ottoman Period.

Today this entire district is known to produce 60% of the carrot production for the entire country. Moreover, the small town is famous for its silver work and high-quality mineral water. From a touristic point of view, this town is sought out for its rich history, gorgeous and well-kept architectural heritage and its proximity to Ankara.

If you’ve ever wanted to visit a traditional Turkish Mediterranean town, then Alaçatı is your best bet. With its bohemian beach, stone houses, narrow paved streets, cozy restaurants with street seating and charming boutique hotels, the small town usually makes travelers want to stay a while.

Alaçatı is also a great location for foodies, with two food festivals per year. The Alaçatı Herb Festival promotes nature-friendly methods of cooking with local herbs. The second festival, known as the Kaybolan Lezzetler Festivali or Festival of the Disappearing Tastes, tries to preserve traditional Turkish recipes of the region that are facing extinction.

Placed almost in the very center of Turkey, in the Nevşehir Province, Ürgüp is a town that has a lot going for it. The settlement is located in Cappadocia, which is well known as the country’s largest wine producing region.

But the city is also a beauty from an architectural point of view, just like most of the small towns in Turkey. Ürgüp is particularly special due to its cave houses, magically sculpted into rock formations.

The town of Halfeti used to be part of a small farming district on the east bank of the river Euphrates. In the 1990s, most of the villages were submerged underwater, following the building of a dam. The people of the town moved into the village of Karaotlak, which in time officially became the new town of Halfeti.

Once in the region, you can hire a ferry to visit the fortress of Rumkale and a part of the old town ruins which are still submerged underwater. The countryside and surrounding hills around the town are pretty spectacular to see as well. Halfeti is also a “cittaslow” town, one of the nine “slow cities” in the country.

We do hope you have enjoyed walking through the meandering streets of rural Turkey, as well as through some of its ’slow cities”. Aside from Turkey, Taiwan, Japan and South Korea have also joined the “cittaslow” movement in Asia, a travel trend which we plan on covering more in depth in the articles to come. You can visit  e-visums.co.uk for filling your visa application online for any of the said states.

Be sure to leave a comment if you feel we’ve left something out and do let us know if your live experience surpasses or falls behind the general atmosphere reflected by these magical places.

5 Hiking Trails In The US for Both Beginners and Experts 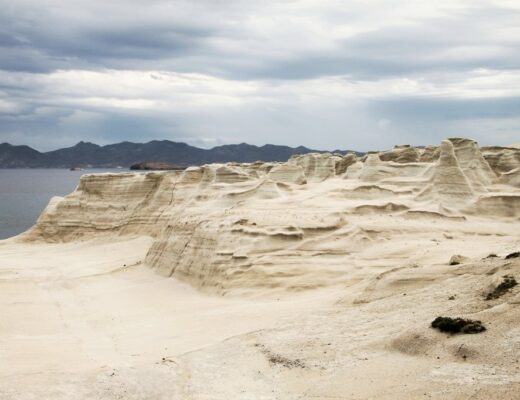 Brousse-le-Château, Probably the Most Beautiful Village in France

3 Most Romantic Destinations in the United States for Couples