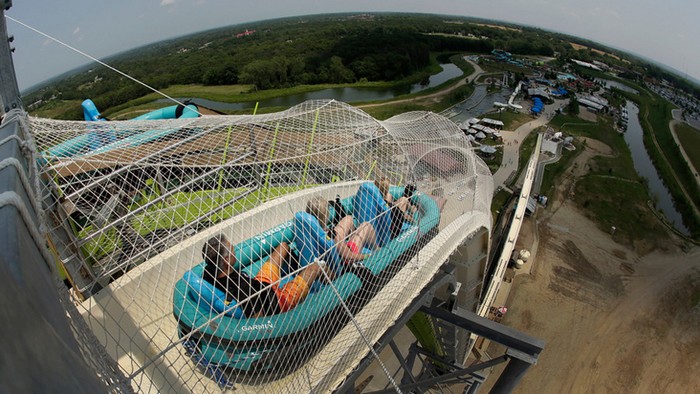 The height of the slide even goes beyond that of the Statue of Liberty and Niagara Falls. According to Business Insider, the ride itself goes something like this: after the first 17-story drop at a 60-degree angle, riders swoop up a hill, before plunging down a 60-foot (18 m) drop and landing safely in a splash pool. A rider’s raft reaches speeds of about 65 mph (29 m/s), and the entire harrowing ride lasts all of 10 seconds.

On the Verrückt, riders are said to experience a feeling of weightlessness. It’s the water running down the slide, creating an almost frictionless surface, that makes this possible, Van Buren, a physicist at Brookhaven National Laboratory in New York stated. “Free fall can be a rather scary feeling, and people can get a thrill from that. So this is undoubtedly why slide designers push to make the safety margins as small as they can, and get people closer to the verge of becoming airborne, without ever doing so.” Have a look at the video below and tell us what you think! 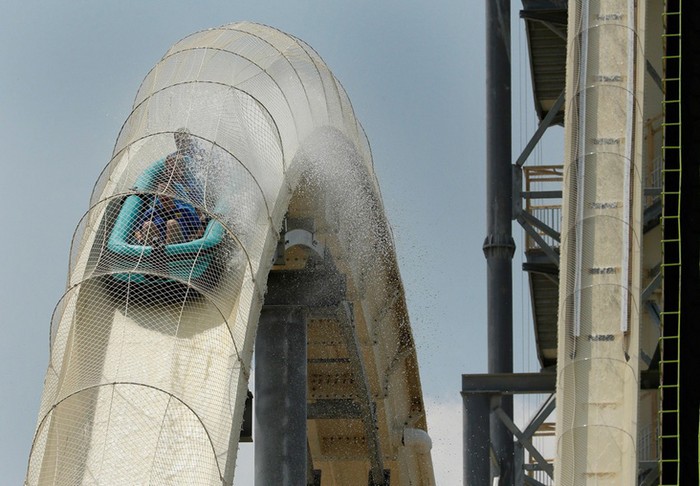 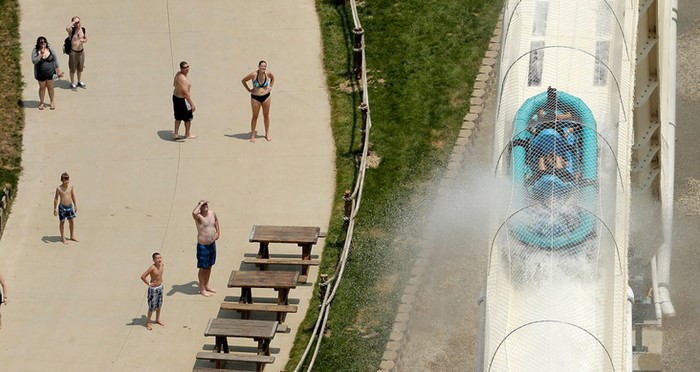 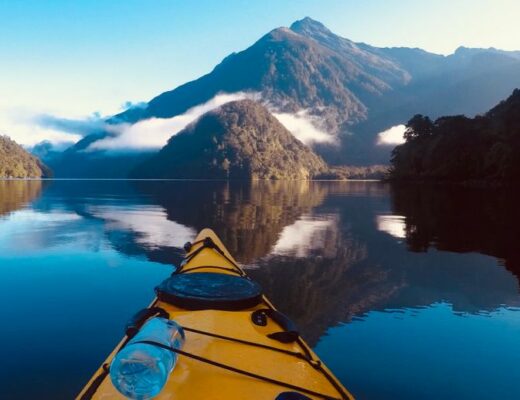 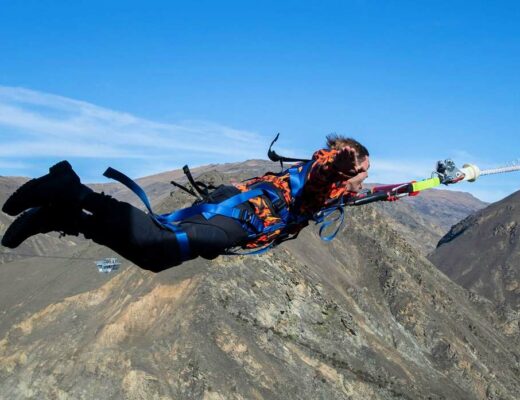