Toronto is the largest city in Canada and it is the capital of the Ontario province. No matter where in the world, if you are planning to fly into Toronto, you are in for a treat. Toronto is packed with beautiful beaches, museums, art galleries, aquariums, panoramic viewing decks, outstanding shopping experiences and much more. It is also the best stop if you want to take a peek at the famous Niagara Falls! So, you can refer to the below list of top 9 tourist attractions and add them to your itinerary to visit on your upcoming trip to Toronto.

The CN Tower is a 553-meter high observation tower located in Downtown Toronto, and it is visible from anywhere in the city of Toronto. The CN Tower was constructed by the Canadian National Railways in 1976. It was the world’s tallest free-standing structure for 32 years but was defeated by Burj Khalifa in 2007. However, today it is considered as one of the modern Seven Wonders of the World. You have two options to enjoy the beauty of the tower; either by admiring the building from outside or by visiting the building’s observation deck or other amazing entertainment facilities. 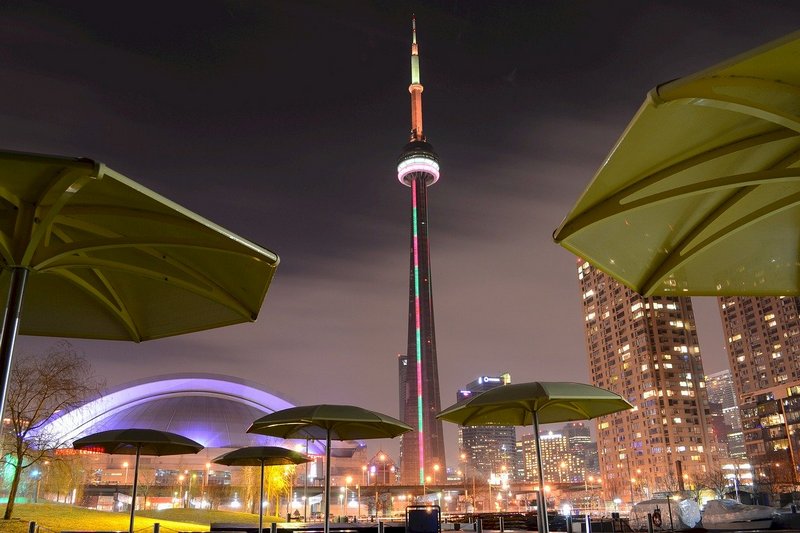 The Observation Deck is called the Sky Pod, and it is located about 446 meters above the ground level to provide panoramic views across the Toronto city. On a clear day, you can see Niagara Falls too! The Lookout Level at 346 meters is another amazing place to be; you can get a bird’s eye view of the city through the Glass Floor and the floor-to-ceiling windows. Also, if you are more into thrilling adventures you can try out the ‘Edge Walk’, where the participants are tied into a rope and are allowed to walk hands-free at a height of 365 meters.

Ripley’s Aquarium of Canada is one of the most beautiful aquariums in the world located just near the CN Tower and therefore, you can combine both of the attractions on a half-day trip! It is the best place to be if you are travelling to Toronto with kids. There are more than 450 species of marine creatures in the Ripley’s Aquarium of Canada. They are housed in 10 galleries named Canadian Waters (with creatures like giant pacific octopus, American lobster, wolf eel and paddle-fish), Rainbow Reef (with creatures like Picasso triggerfish, emperor angelfish and unicorn surgeonfish), Dangerous Lagoon (with sharks, green sea turtles and stingrays), Discovery Centre (with blacktip reef shark, clownfish and zebra shark), The Gallery (with white-spotted bamboo sharks and brown-banded bamboo sharks), Ray Bay (with different types of stingrays), Planet Jellies (with five species of jellyfish), Life Support Systems and the Shoreline Gallery.

The Royal Ontario Museum which is also known as the ROM is a museum that will give you a chance to learn about history, art, and the culture of the Toronto city. It is the largest museum in Canada. It was opened in 1914 and today, it exhibits over 5 million items of historical importance in 40 galleries. The museum is to be explored under two principle galleries; the Natural History Galleries and the World Culture Galleries. The Natural History Galleries contains samples of animals like bats, polar bears, white rhinoceros, giant pandas and even plant species like the Rafflesia flower. It also contains about 3000 specimens of rocks, minerals and meteorites collected from Earth and outer space. The World Culture Galleries displays exhibits from Stone Age,  decorative art from ancient Rome, Greece, Egyptian mummies, well-preserved wall paintings from Asian temples, cultural origination of the Aboriginal Peoples of Canada etc. among all other things.

The Art Gallery of Ontario which is also known as the AGO is a museum dedicated to art located in downtown Toronto. It is one of the largest art museums in North America and was established in 1900 as the Art Museum of Toronto only to be renamed with the present name in 1966. The permanent collection of the Art Gallery of Ontario has over 90,000 artworks, which initially had only the works from Canadian or European artists. Today, the collection has expanded outside of Canada to grab out the other cultures and therefore, you can also see an impressive collection of contemporary art and modern art. The most iconic collection in the Canadian art collection is the 250 artworks created by Tom Thomson while in that of the European art collection it is the Margaret and Ian Ross Collection, which displays bronze sculptures inspired from the Baroque art style of Italy. Also, don’t forget to see the permanent exhibition of Yayoi Kusama’s Infinity Mirror Room – Let’s Survive Forever and works by Henry Moore that belong to the modern art collection of the AOG.

The Toronto Zoo is one of the best places to go in Toronto if you have small kids. It is the largest zoo in Canada. The Toronto Zoo is divided into seven zoogeographic regions namely Indo-Malaya, Africa, Americas, Tundra Trek, Australasia, Eurasia, and the Canadian Domain. There are over 500 species in the Toronto Zoo! The Indo-Malaya region features Indian rhinos and Sumatran tigers, African region features lions, cheetahs, hyenas etc. while the American region features golden lion tamarins, American alligators and flamingos. Tundra Trek is famous for reindeer, polar bears, snowy owls while the Canadian Domain is featuring animals like cougars and grizzly bears. Australasia is famous for kangaroos while the Eurasian region is featuring snow leopards and red pandas. You can also take your small children to the kids’ zones in the zoo named the Discovery Zone it includes a Kids Zoo, Waterside Theatre, and Splash Island which features entertainment options in three states of water (solid, liquid and gas).

Located a few kilometres away from Toronto, Niagara Falls will make the perfect day trip irrespective of it being a family, solo or a couples’ day out. The Niagara Falls is a collection of three falls namely American Falls, Bridal Veil Falls, Canadian Falls. The volume of the water falling depends on the season and the time you are going to visit Niagara Falls. 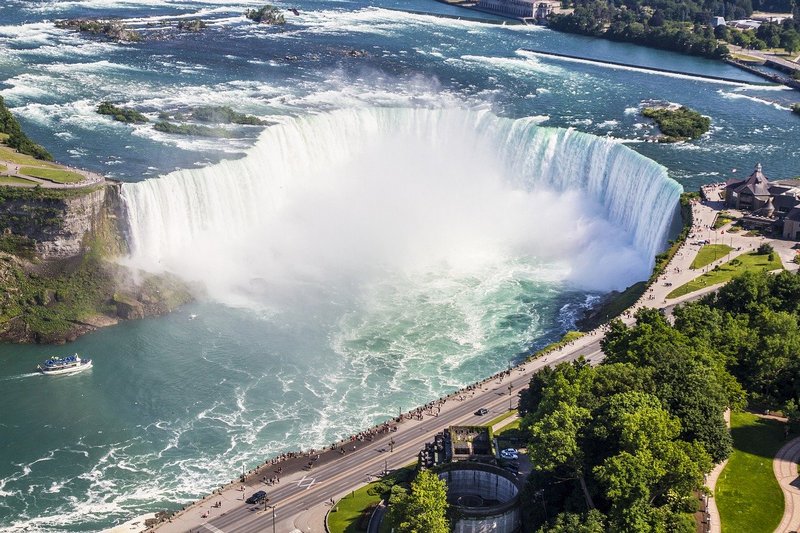 Generally, the best time to visit is in the morning hours in the months June to August. You must be prepared to spend hours and hours here because your heart won’t let go of the beautiful scenery after setting foot in the observation deck! If not, you can visit the Falls at night to enjoy the light show, where it is lit up with different colours to give a spectacular sight to the viewers.

High Park is a green spaced area that is perfect for an evening stroll or a half-day out. It is a nice place to be with all those flowers blooming, especially the alluring sight of the Cherry flowers in bloom can calm your mind. There are many attractions in the park and you can even see a mini zoo! You can see animals like reindeer, llamas, buffalo, bison, deer, peacocks, cats and pigeons in the High Park Zoo. Some of the other things you can do here are have a picnic, hike, try jogging, play tennis or golf, have a train ride etc. You can also take your kids to the Adventure Park that is specifically designed for kids.

Casa Loma, which is also known as Castle of Toronto, is a Gothic Revival style mansion that was built in 1914 as the residence of financier Sir Henry Pellatt. There are about 100 rooms in the castle and there is a beautiful garden spreading over an area of 5 acres. Therefore, Casa Loma is often used as a filming location and for wedding ceremonies. Currently, you can see a museum here but the castle can be rented in the evening when the museum is closed. However, the most eye-catching room in Casa Loma is the Oak Room, which was formerly known as the Napoleon Drawing Room. The entire room is a masterpiece with a nicely carved plaster ceiling. The Conservatory is also a must-visit, it is a curved room with plants and a fountain. 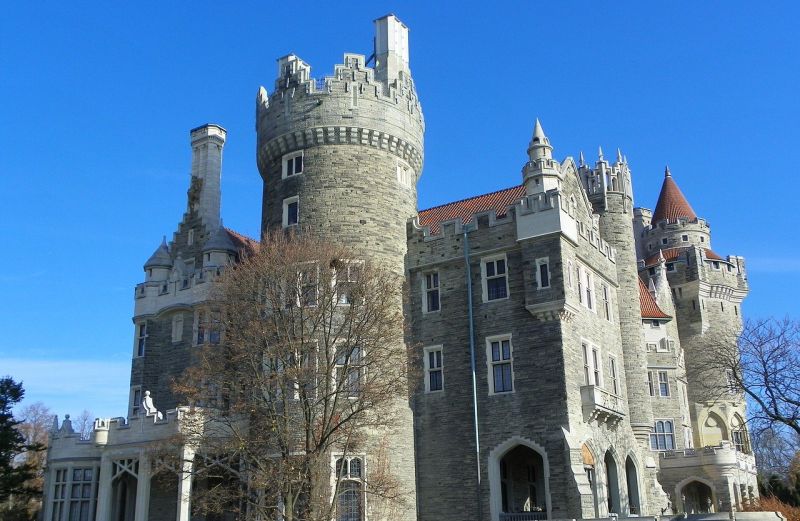 The St. Lawrence Market is the oldest market in Toronto dating back to the 19th century. It is divided into two sections as the North Market and the South Market. There is another part of this market complex known as the St. Lawrence Hall. It was established in 1850 as a venue to hold meetings. The North Market is also known as the Farmers’ Market and like the name suggests you can buy fresh fruits and vegetables from here! The South Market has a different vibe and it has 120 vendors selling different items starting from baked items to flowers.

Best Small Cities In The US For Slow Travel

What You Didn't Know About Australia’s Wine Regions

Battle of the Oranges, an Event “Full of Vitamin C” 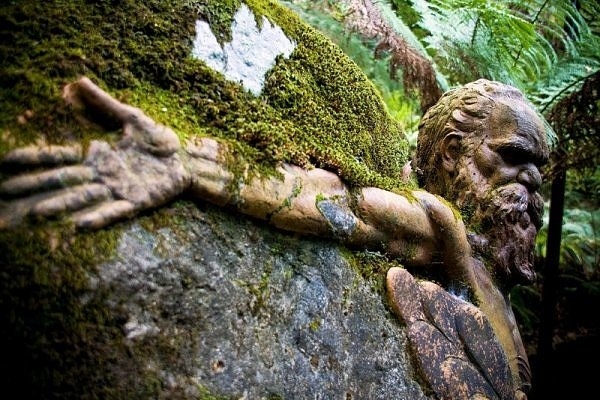