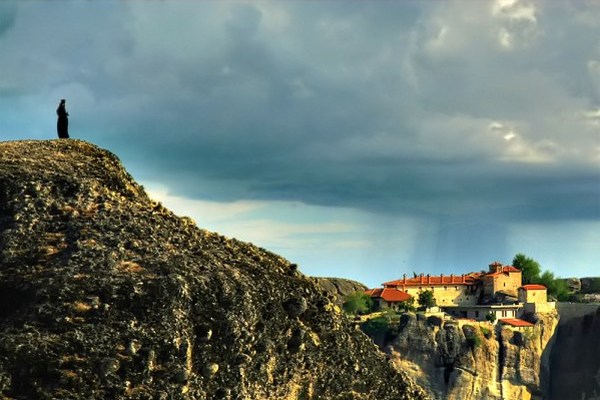 In the 9th century, an ascetic group of hermit monks moved to ancient stones and lived in hollows and fissures, believing in a salvation from the invaders and a much “closer” connection with God. They named these rock towers “Meteora” which in Greek language means “suspended in the air” or “in the heavens above”.

At the present time, Meteora is included on the UNESCO World Heritage List. It is considered one of the largest and most important complexes of Eastern Orthodox monasteries in Greece, second only to Mount Athos. 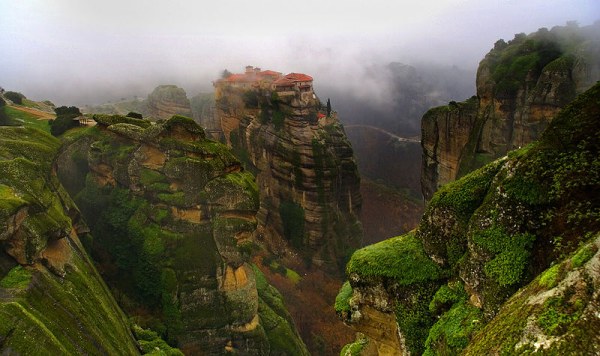 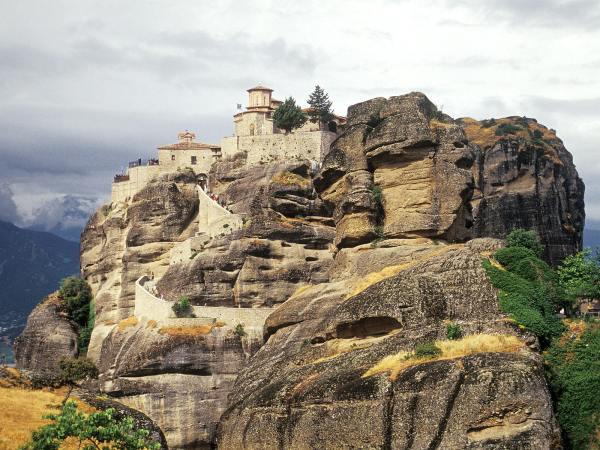 “The six monasteries are built on natural sandstone rock pillars old, at the northwestern edge of the Plain of Thessaly near the Pineios river and Pindus Mountains, in central Greece.” (Wikipedia) 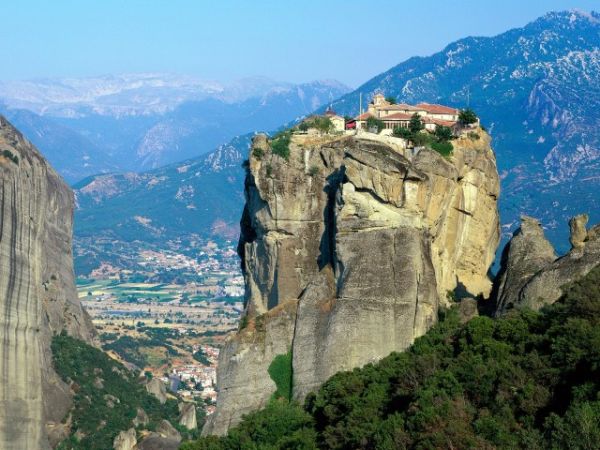 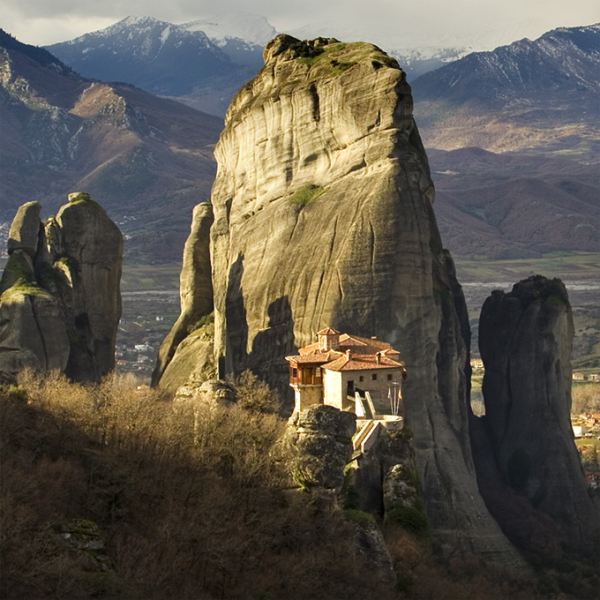 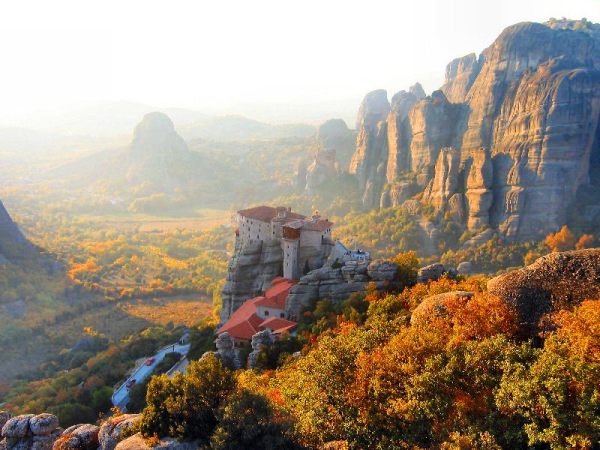 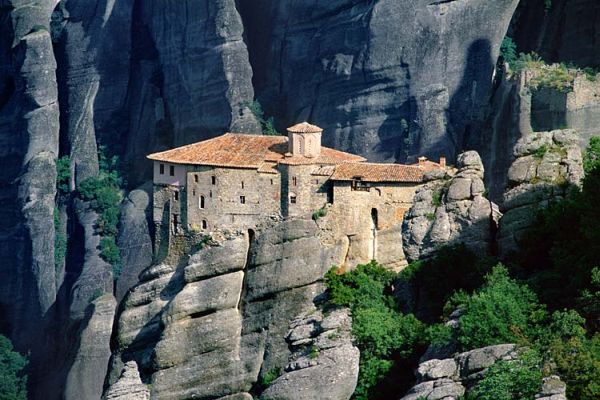 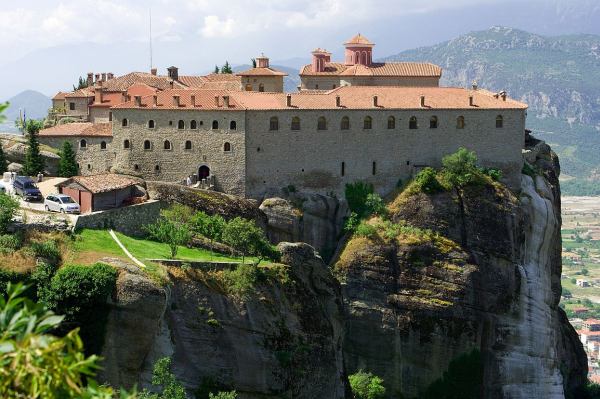 In their early existence, the access to the monasteries was originally difficult, requiring long ladders, but in the 1920s there was an improvement in the arrangements. Steps were cut into the rock, making the complex accessible via a bridge from the nearby plateau.

Beginning with the 14th century, more than 20 monasteries were built on Meteora. With time, only six remained: five are inhabited by men, one by women. Each monastery has fewer than 10 inhabitants. 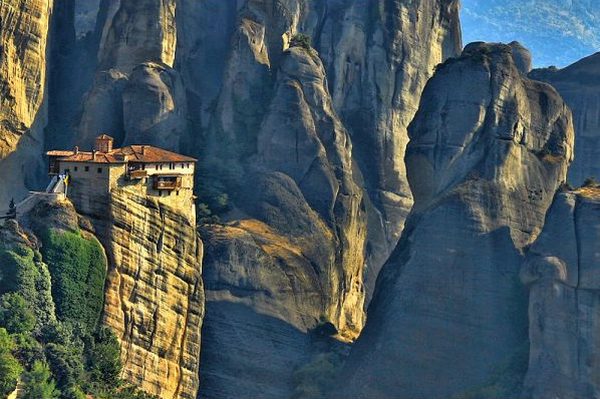 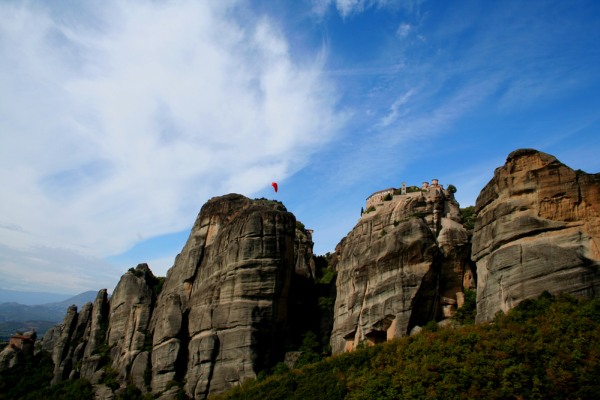 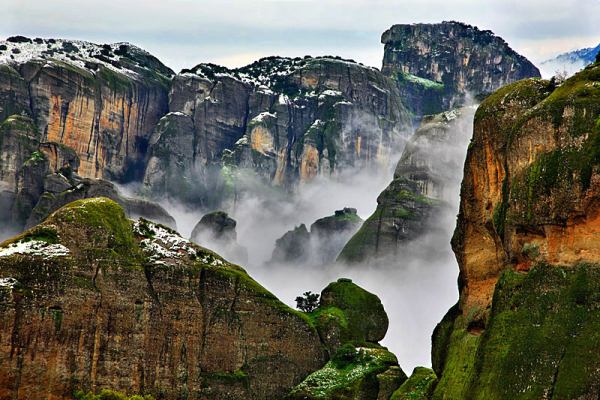 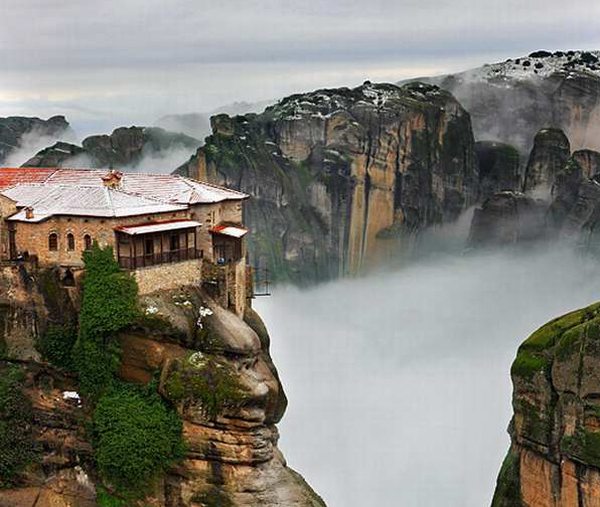 Where can you stay?

The most recommended sports are climbing and hiking. Mountaineers will find about fifty massive towers of rock and approximately eighty peaks worth climbing and many hiking routes. 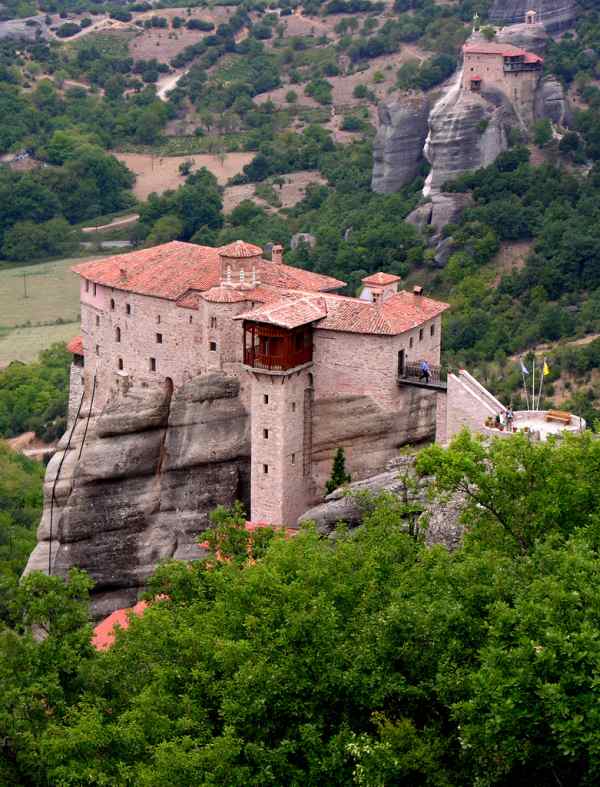 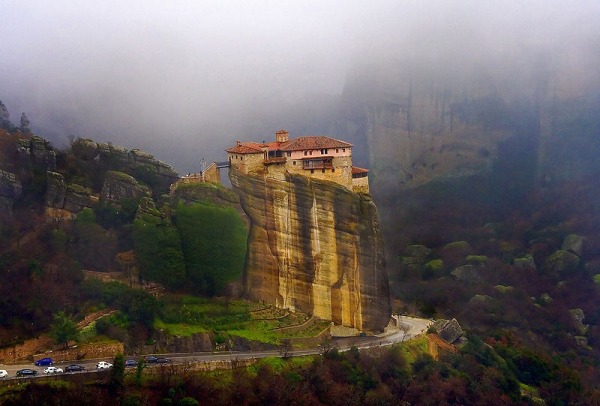 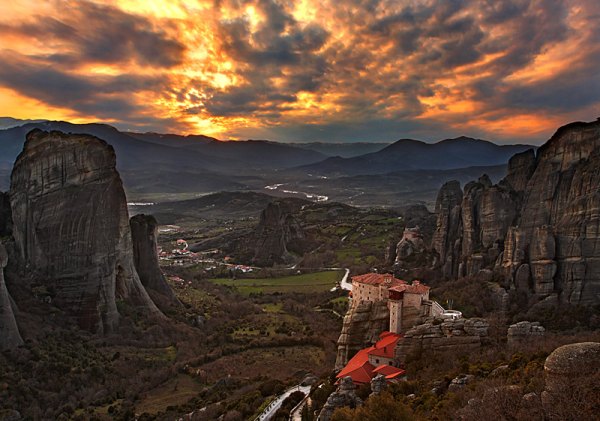 Fly by Wire, or How to Become a Rocket Man[VIDEO]

Characters Made of Flowers at Debrecen's Carnival, Hungary 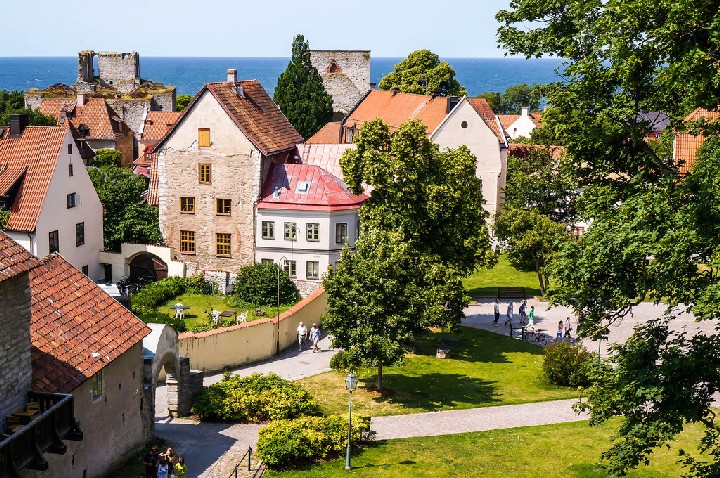