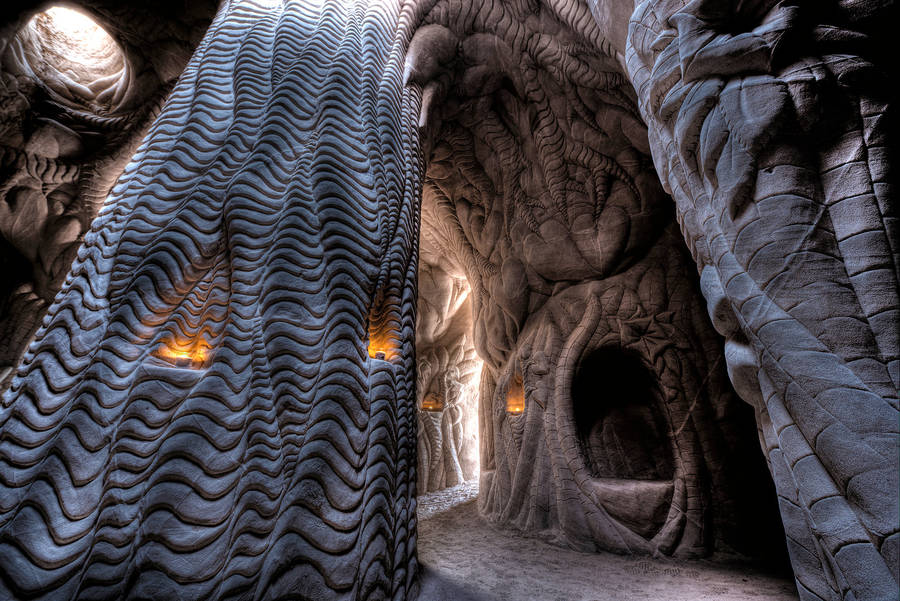 For the last 25 years, a passionate man is spending his days underground trying to complete a cave of self- enlightenment. Meet Ra Paulette, the artist who creates underground sanctuaries for meditation and inner peace.

”Changing the world is a tall order,” writes Ra Paulette on his website. “Art doesn’t attempt to force change through direct action but to catalyze it by affecting the emotional basis from which change can occur.”

Ra Paulette is a self-taught sculptor; he never attended sculpting, architecture or engineering in a formal school. All the astonishing cave art you see below is made by Ra using the power of his gifted hands and simple tools like pick axes, shovels and scrapers.

After a close examination of the sandstone hills in his region, he chooses the perfect spot and inaugurates his work with a symbolic hit in the ground. 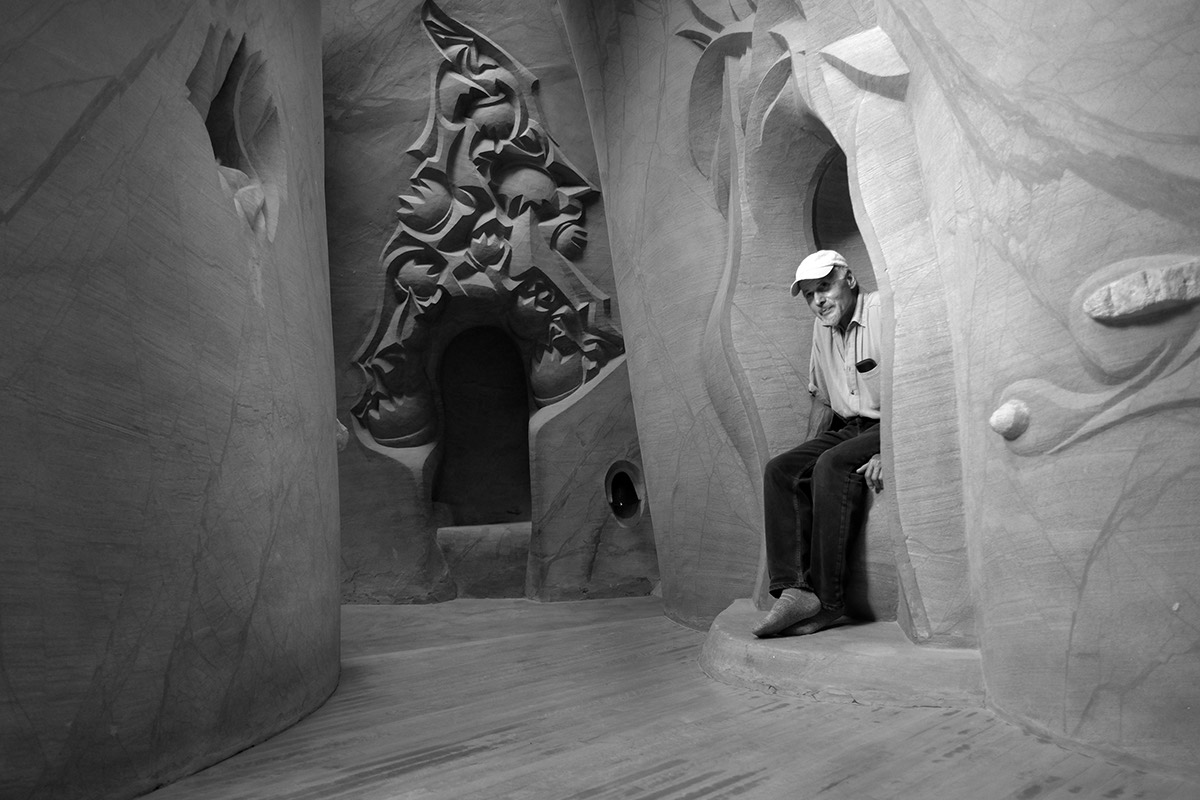 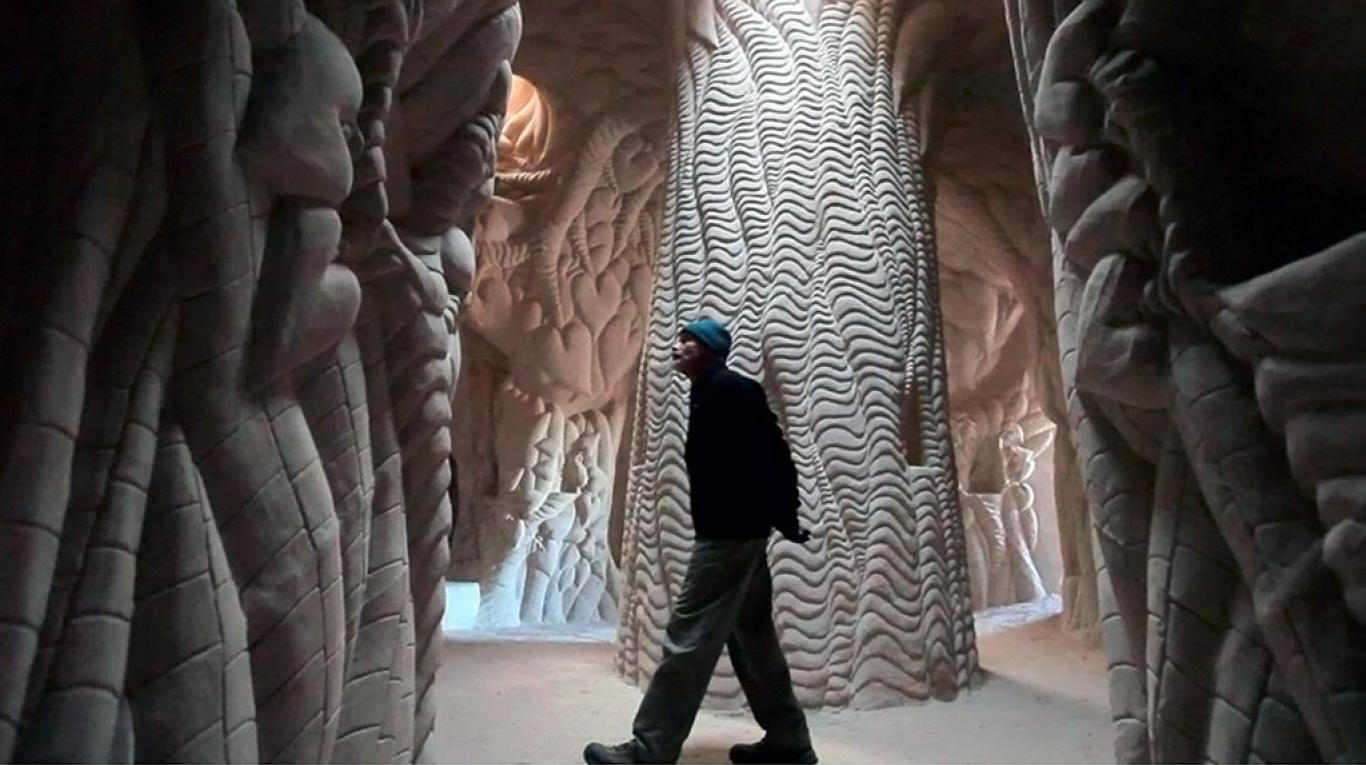 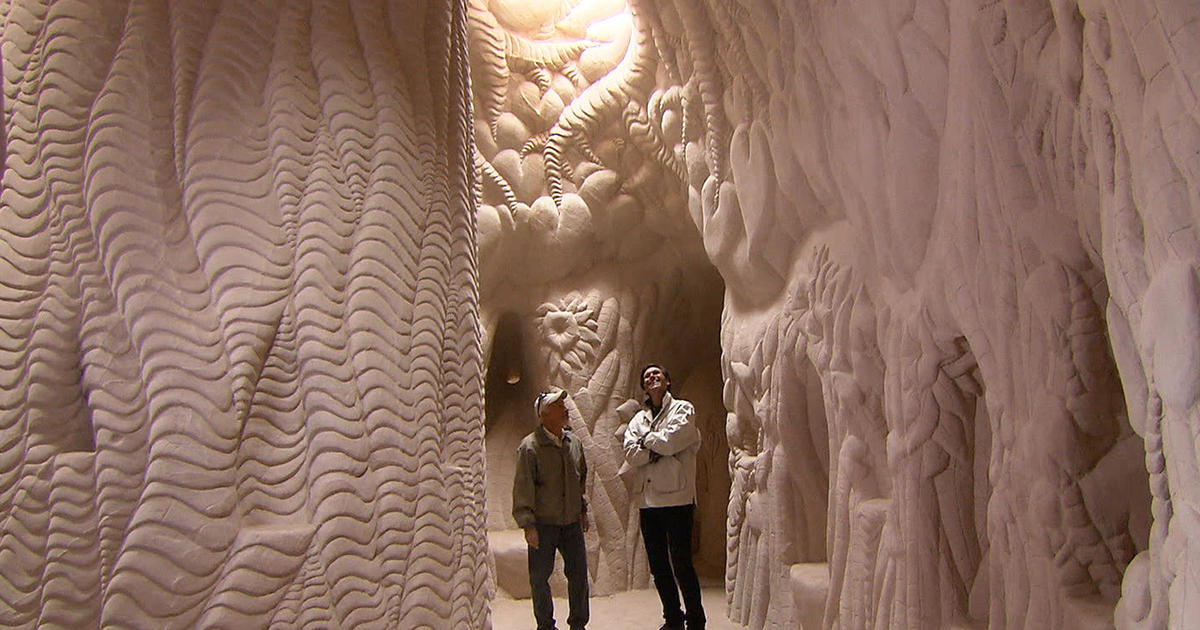 ”It has a lot to do with the juxtaposition of opposites: the sense of being underground with the light streaming in; the intimacy of being in a cave, yet the columns end up very large, sometimes thirty to forty feet high.” — Paulette in an interview for the San Francisco Globe

Each of Paulette’s caves are unique, featuring skylights on the roof that let the sun in. Walls carved in unworldly forms, flowers and spirals, all seem to create a spiritual universe.

Ra says he does not have the ultimate goal of finishing the cave. His joy comes throughout the entire process of creation, as he bursts his vision into the fragile wall. 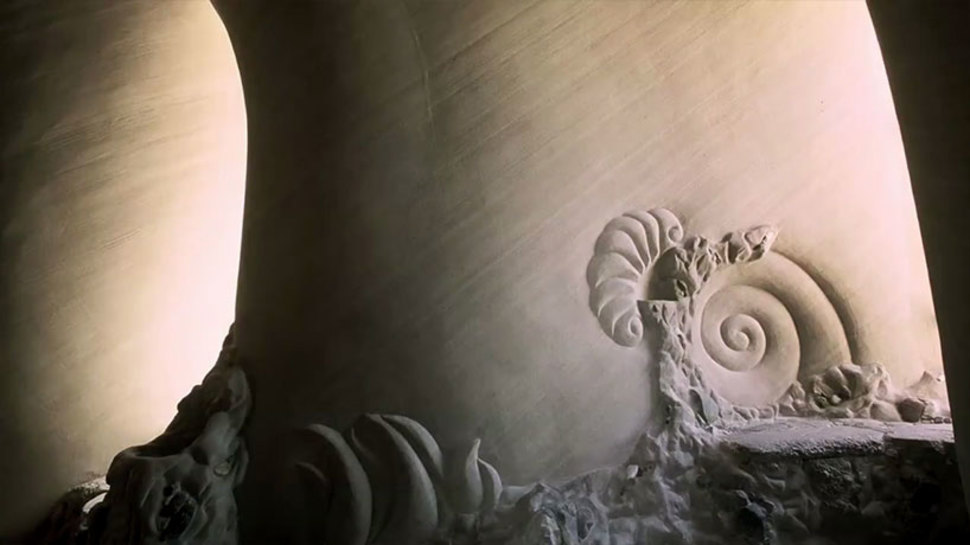 Most of his works were commissioned and built on private lands, so the accessibility varies depending on the present status of the property. His most famous work called “Windows of the Earth” was completed in 1996 and can be visited during a guided tour organised by OriginNewMexico.com. 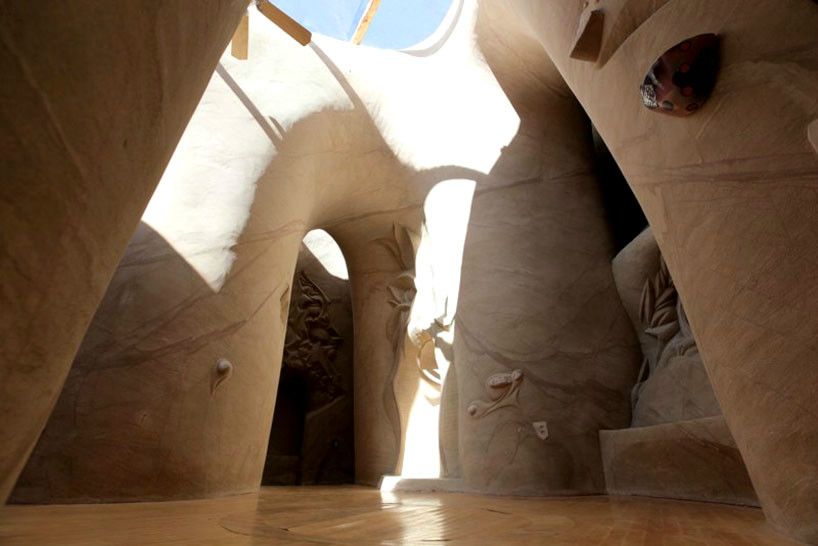 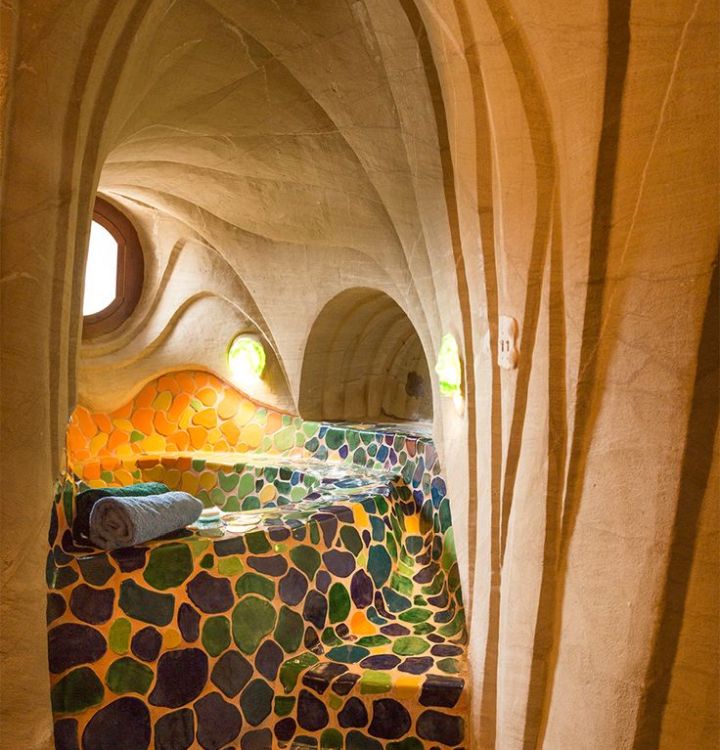 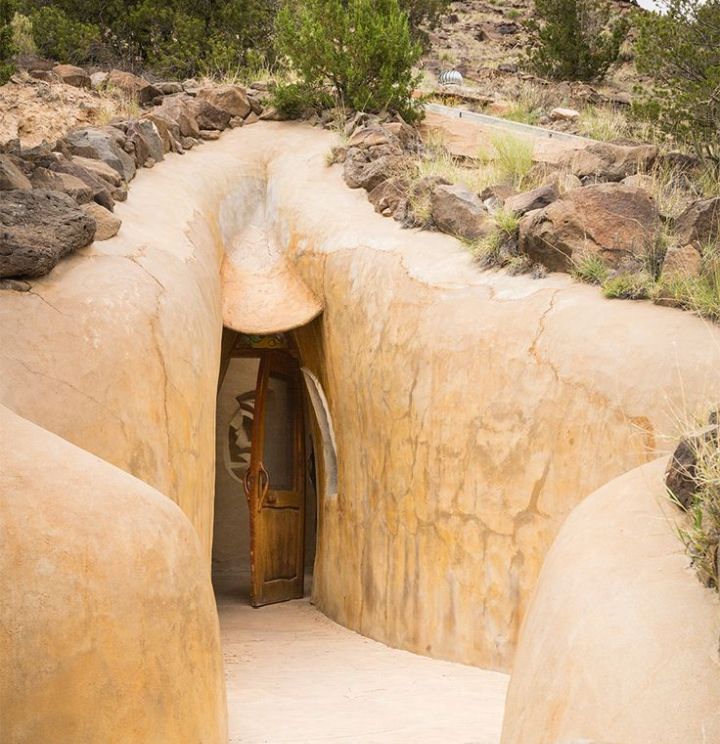 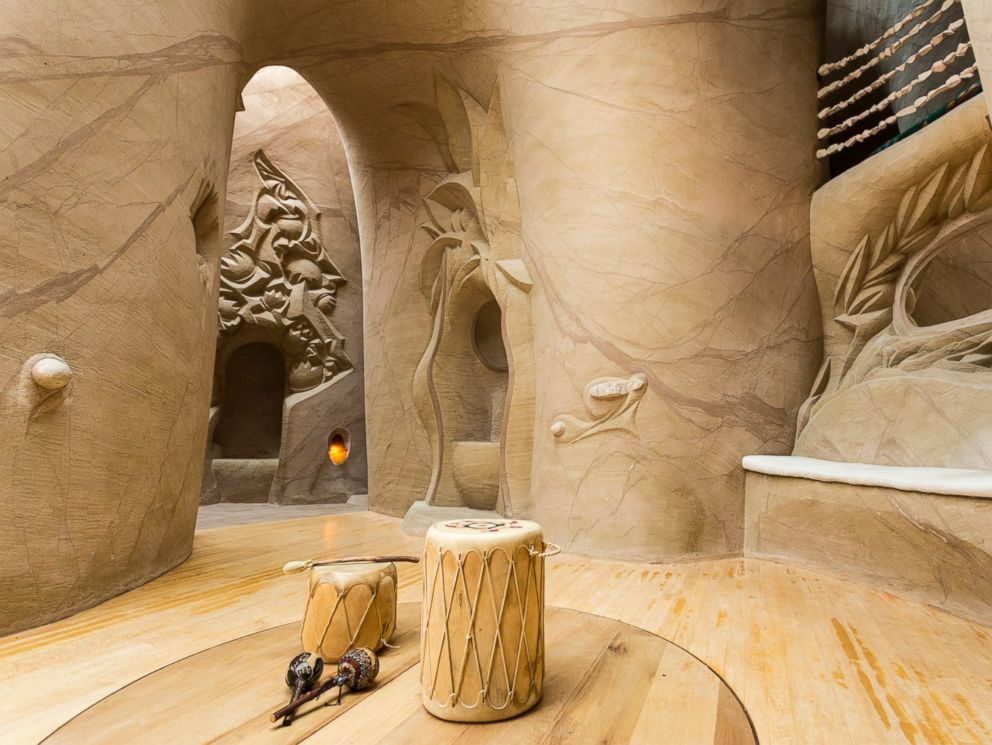 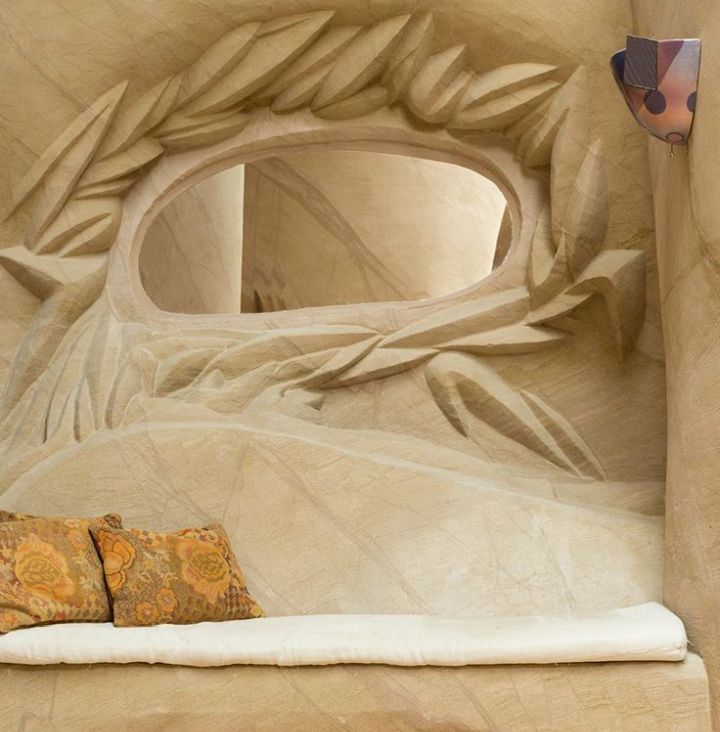 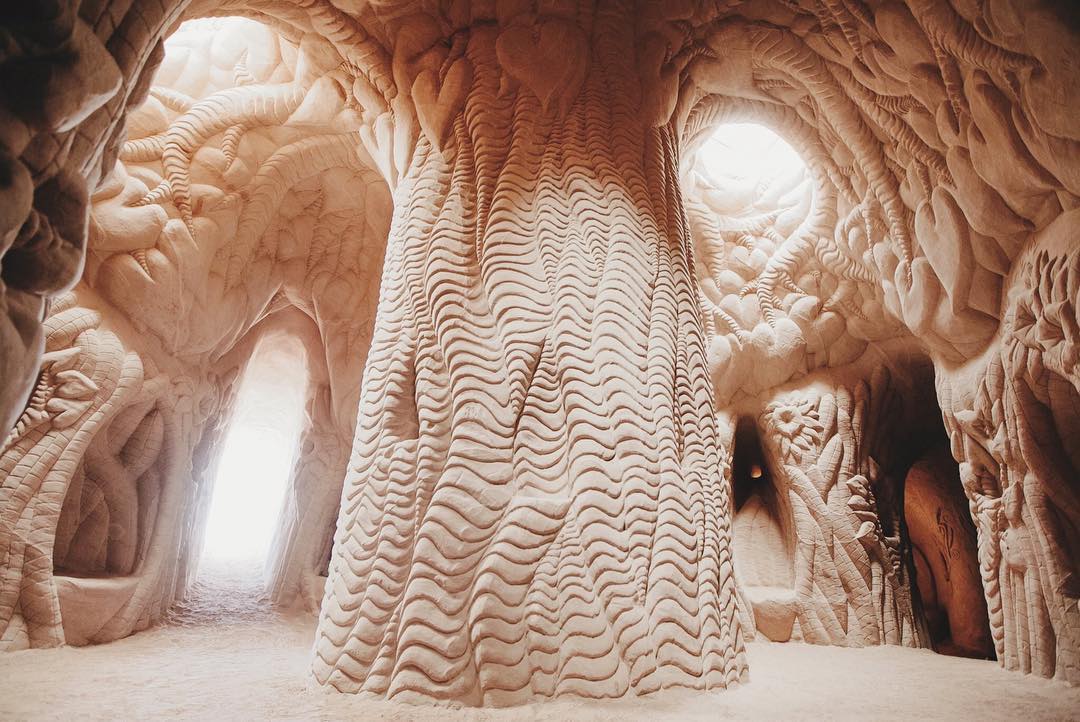 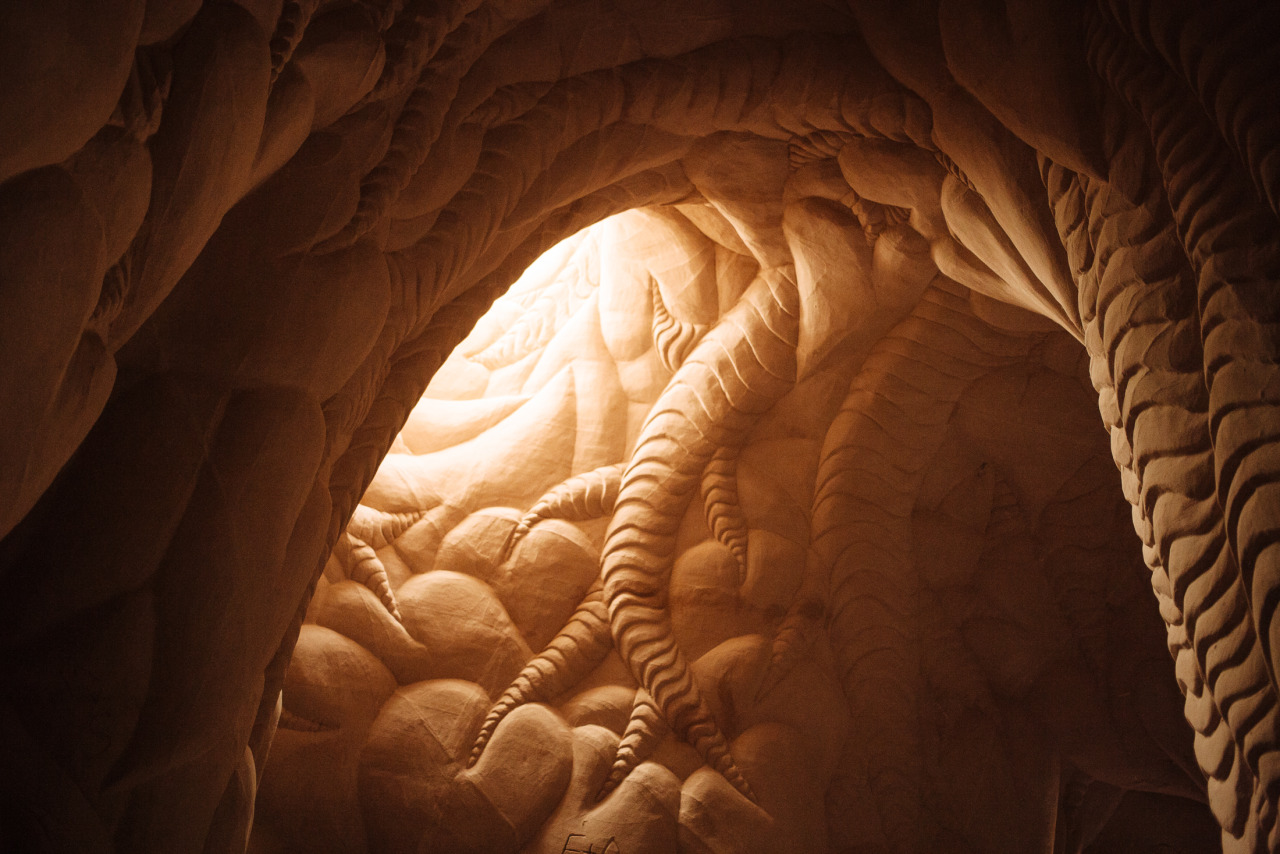 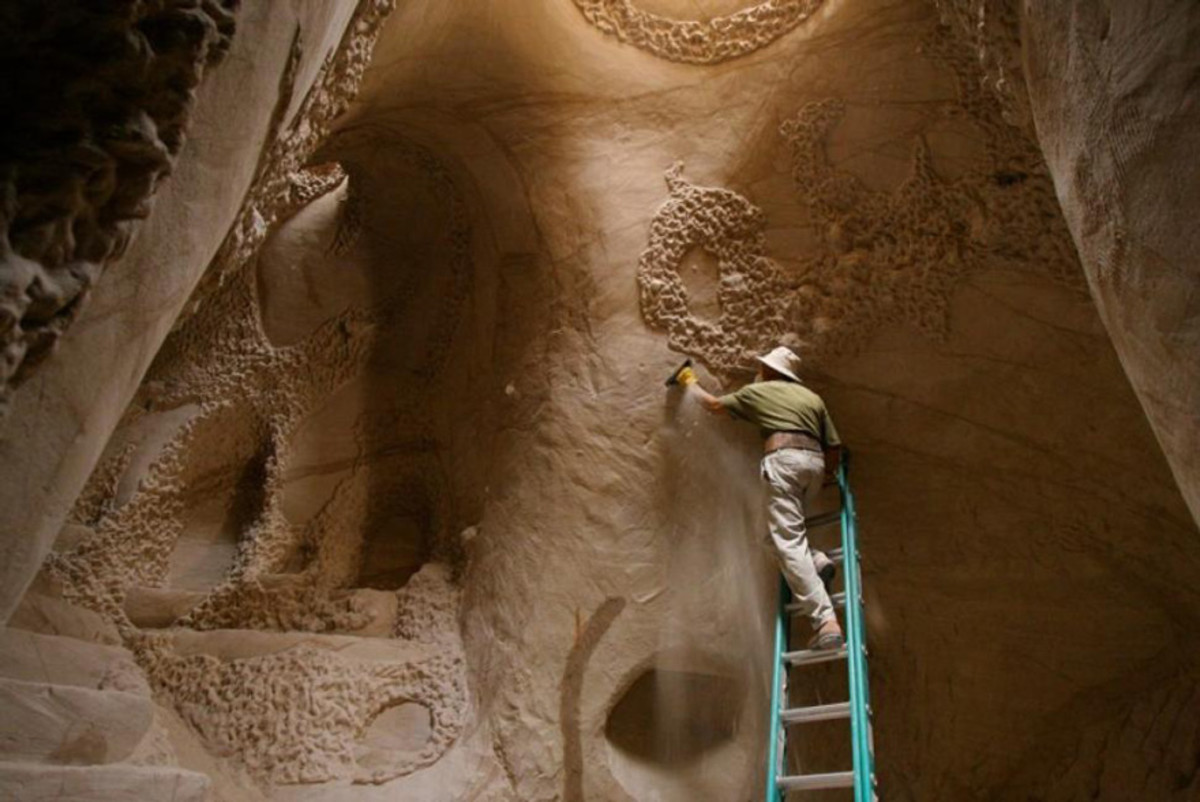 You can also watch ”Cave Digger”, Jeffrey Karoff’s documentary film about Ra Paulette here. The movie was nominated for the Academy Awards in 2013.